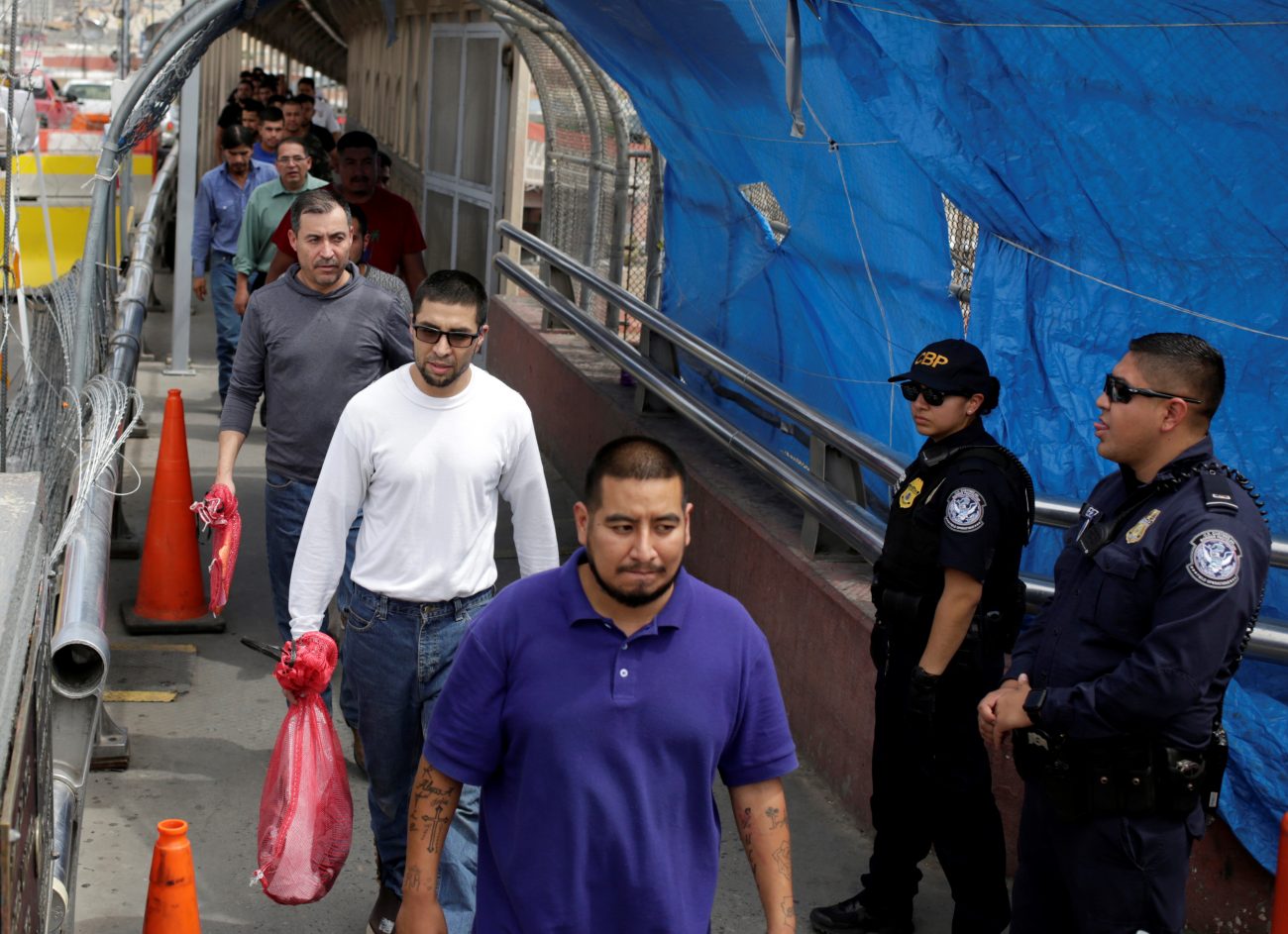 Mexican migrants deported from the U.S. walk toward Mexico at Paso del Norte International border bridge in this July 17, 2019, picture taken from Ciudad Juarez. An immigration policy that seeks to speed up the deportation process “will have terrible human consequences,” said Bishop Joe S. Vasquez, of Austin, Texas, who is chairman of the U.S. Conference of Catholic Bishops’ Committee on Migration. (CNS photo/Daniel Becerril, Reuters)

WASHINGTON (CNS) — An immigration policy that seeks to speed up the deportation process has the potential to trample on a person’s legal rights, stoke fears among immigrant communities and lead to more widespread family separation, said a U.S. Catholic bishop who deals with national immigration issues.

“I call on the Department of Homeland Security to reverse its decision to expand its policy of expedited removal,” said Bishop Joe S. Vasquez, of Austin, Texas, who is chairman of the U.S. Conference of Catholic Bishops’ Committee on Migration.

He made the comments in a July 25 statement addressing a new plan of action announced by the Trump administration in late June to remove migrants anywhere in the country who can’t quickly prove they’ve been in the U.S. for two years or more and have a credible reason to fear being harmed or persecuted in their native countries.

“This action is yet another escalation of this administration’s enforcement-only immigration approach, and it will have terrible human consequences,” said Bishop Vasquez. “The new policy will allow for the deportation of many more individuals without providing them an opportunity to seek legal counsel and have a hearing before an immigration judge.”

Under the new approach, immigration officials now have a wider geographic reach to apprehend and deport migrants suspected of being in the country illegally less than two years — once limited to about 100 miles of an international border — and can curtail their right to legal processes such as immigration hearings and the right to seek legal counsel by ordering their speedy removal.

In the statement, Bishop Vasquez warned of the consequences to communities, including more separation of families and increasing fear among immigrant communities in the U.S.

“Even those migrants who have long-standing ties to the U.S. and have been in the country for more than the requisite two years required under the new policy may now be subjected to expedited removal if they are unable to prove such to the satisfaction of an individual immigration officer,” he said. “The implementation of this new policy will have unjust and unacceptable results and lead to more widespread family separation, stoking fear in our communities.”

NEXT: Catholic leaders object to reinstatement of federal death penalty