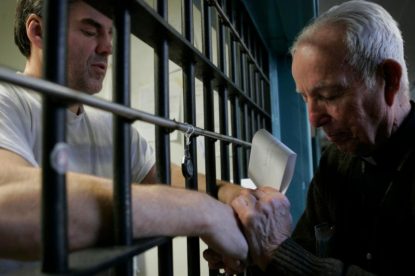 WASHINGTON (CNS) — More than 180 faith leaders in Texas, including 18 Catholics, signed a statement sent to the Texas Department of Criminal Justice July 23 asking the agency to change its policy banning prison chaplains from execution chambers.

“Clergy have the right to minister to those who have placed themselves in their care, up to and including the moment of death. The state cannot, and should not attempt to, regulate spiritual solace,” the faith leaders said.

The group acknowledged that they have differing opinions on the death penalty but said they are “united in recognizing that the right of condemned people to spiritual comfort at the moment of death is a long-standing and widely recognized religious practice.”

“Each faith tradition marks this sacred moment in different ways, including anointing, singing, praying and chanting, and laying on of hands. These rituals, stemming from sincerely held religious beliefs, often require the direct assistance of clergy. The significance of the physical presence of a chaplain at a condemned person’s last moment is difficult to overstate,” the statement said.

On April 3, just five days after the U.S. Supreme Court blocked the execution of Texas death-row inmate Patrick Murphy because his Buddhist religious adviser wasn’t permitted to be present, state officials announced its ban of all prison chaplains from the chamber during executions but allowed inmates to choose spiritual advisers to be in the viewing room.

The Texas Department of Criminal Justice said the change in its execution protocol was in direct response to the high court ruling and said it would only allow security personnel in the execution chamber in future executions.

The statement’s signers urged the agency leaders to reconsider this position saying their concerns are “moral, ethical and rooted in our nation’s constitutional guarantee of the free exercise of religion.”

They pointed out that the “physical companionship of a chaplain in the execution chamber is a small but vital form of human compassion in an otherwise dehumanizing process. The presence of a chaplain or spiritual adviser in the viewing room is no substitute for this direct ministry. ”

A month before the high court’s ruling about the Texas death-row inmate, the court had allowed the execution of Domineque Ray, an Alabama Muslim, to proceed even though Ray had appealed the state’s decision to deny an imam’s presence at his execution.

Justice Brett Kavanaugh — who opposed Ray’s stay of execution but supported a stay for the Texas inmate — explained his reasons May 13. He said Ray, who was executed in February, had not claimed unequal religious treatment under the First Amendment and his demand for an imam’s presence came too late.

He said Murphy, whose execution was stayed, raised an equal-treatment claim and made his request for a Buddhist adviser’s presence a month before his scheduled execution. At the time, Texas policy only allowed Christian or Muslim ministers to be present.

Two U.S. bishops called the Supreme Court’s refusal to allow an imam to be present at Ray’s execution Feb. 7 was “unjust treatment” that is “disturbing to people of all faiths.”

The Texas interfaith statement points out that in Texas, death row prisoners are denied contact visitation and spend 23 hours a day in solitary confinement.

Texas has 10 executions scheduled from Aug. 15 until early November. Last year, it executed 13 of the 25 people put to death nationwide.

NEXT: Taking Way of Cross through streets shows support for migrants, refugees