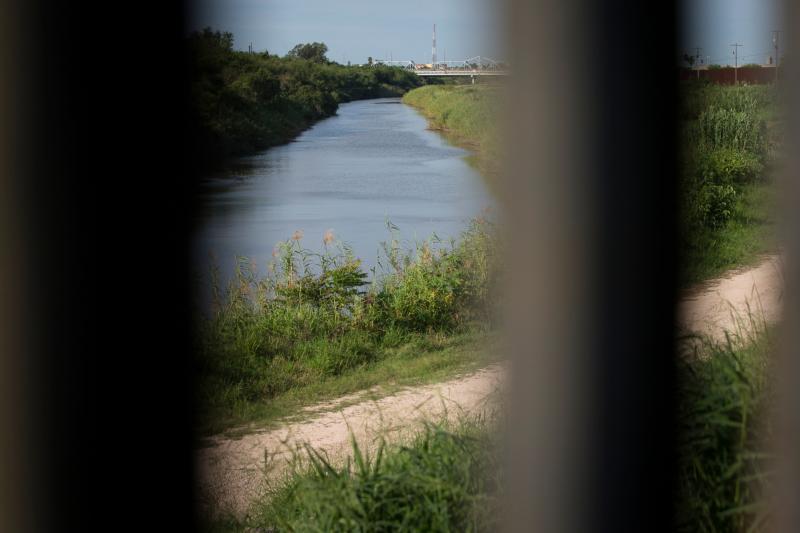 A view of the Rio Grande River is seen from Brownsville, Texas, in this 2016 file photo. Leadership of the U.S. Conference of Catholic Bishops in an op-ed cast blame on government policies for recent child deaths near the U.S.-Mexico border. (CNS photo/Tyler Orsburn)

WASHINGTON (CNS) — Leadership of the U.S. Conference of Catholic Bishops in an op-ed cast blame on government policies for recent child deaths near the U.S.-Mexico border.

In a June 30 op-ed published by The Hill newspaper in Washington, Cardinal Daniel N. DiNardo of Galveston-Houston, Archbishop Jose H. Gomez of Los Angeles, USCCB president and vice president, respectively, and Bishop Joe S. Vasquez of Austin, Texas, chairman the Committee on Migration, called attention to the recent deaths of a Salvadoran father and daughter who drowned while trying to cross the Rio Grande River near McAllen, Texas, in late June, as well as the deaths of other children who died while in immigration authorities’ custody in 2019 and 2018.

“We mourn the deaths of 23-month-old Angie Valeria and her father, Oscar Martinez, who died on Monday while fleeing El Salvador in search of safety in the United States,” the bishops wrote. “This young family embarked on a journey of over 1,400 miles, through some of the most dangerous parts of the world, which ended with a father paying the ultimate price — his life — to keep his daughter from harm’s way. Angie was still scared after she was left safely on the river bank and she jumped back in the water to be with her dad, her security.

“Unfortunately, the deaths of Angie and her father are not the first we have seen during this ongoing humanitarian crisis.”

They named 7-year-old Jakelin Caal Maquin, of Guatemala, who died from sepsis while in the custody of U.S. immigration officials in December and said that “countless others, all precious children of God, do not make it to the border, finding their final resting place somewhere along a journey that began with hope but quickly turned into despair.”

The last week of June proved to be a deadly one near the U.S.-Mexico border. In addition to the drowning of the Salvadoran father and daughter, authorities also found the bodies of four migrants — a woman in her 20s believed to be the mother of three children, whose bodies were found near her on federal U.S. land, also near McAllen. Authorities don’t yet know their identities or how they died.

“These deaths are occurring because the United States is closing off access to asylum protection through policies and enforcement that send the clear and strong signal that you are not welcome,” the op-ed said.

Earlier in the year, some U.S. bishops had warned that policies put in place as a deterrent would have deadly consequences, either by forcing immigrants to stay in dangerous border cities in Mexico such as Ciudad Juarez and Matamoros or forcing them out of ports-of-entry and toward the unrelenting desert to try to gain entry. Closing doors to those seeking refuge in the past led to a shameful chapter in U.S. history, the bishops said.

“As a nation, we must learn the harsh lessons from our past about closing doors to U.S. asylum. One of the more unfortunate chapters of our great nation’s history was our experience during World War II, when we turned away the S.S. St. Louis, a ship carrying nearly 1,000 Jewish refugees fleeing persecution in Nazi Germany,” the op-ed said. “In the aftermath of that experience and that war, the United States helped lead the world in establishing international protocols to ensure that refugees fleeing persecution in their country of nationality or habitual residence would receive protection when they present themselves at another country’s borders.”

Those protocols became part of U.S. refugee and asylum law and created laws long embraced by a wide political array of presidents and lawmakers, the op-ed said. However, the country is taking a different turn.

“Sadly, the current administration recently announced that over the next week, it will conduct a series of broad enforcement actions to round up thousands of Angie’s and her father’s countrymen, as well as other Central American families, who managed to make it to safety inside the United States,” the bishops said.

“The announced goal is to detain and then deport them, consigning them to a frightening and uncertain fate in the country from which they fled. The president has suggested that his administration will refrain from engaging in this unfortunate enforcement action only if Congress repeals the asylum protections that it helped lead the world to establish.”

But immigrants from the Northern Triangle countries of Honduras, Guatemala and El Salvador take on the journey fleeing gang violence, corrupt governments and poverty because there is no other recourse, the bishops said, and the result of actions that try to keep them from entering what they believe is a safe place have turned traumatic and deadly, particularly for children.

“For the second straight summer, asylum-seekers, most of them children and families, are caught in the middle of a stalemated political battle as they endure the brunt of life-altering scenarios and poor conditions,” they wrote.

“Last year, as part of the zero-tolerance policy implemented to slow the migration of people to our country and deny them the right to seek the protection of asylum, we saw heartbreaking scenes of children being ripped away from their parents,” they continued. “This year, many are forced to remain in Mexico as they risk dangers on the border to await their uncertain future. Those who are able to cross the border are put in facilities with reported conditions that are substandard for a facility run by the United States government.”

Congress and the administration must find a solution that encompasses comprehensive immigration that includes immediate humanitarian relief, they said.

“We recognize the right of nations to control their borders and provide safety for citizens. We also believe that, in the best of our nation’s traditions, it is within our capability as a nation to honor the humanity and basic needs of migrants in a way that does not compromise our nation’s security,” they said.

Editor’s Note: The op-ed in its entirety can be found here.