Not the usual suspects: Cardinal wants parish teams of risk-takers 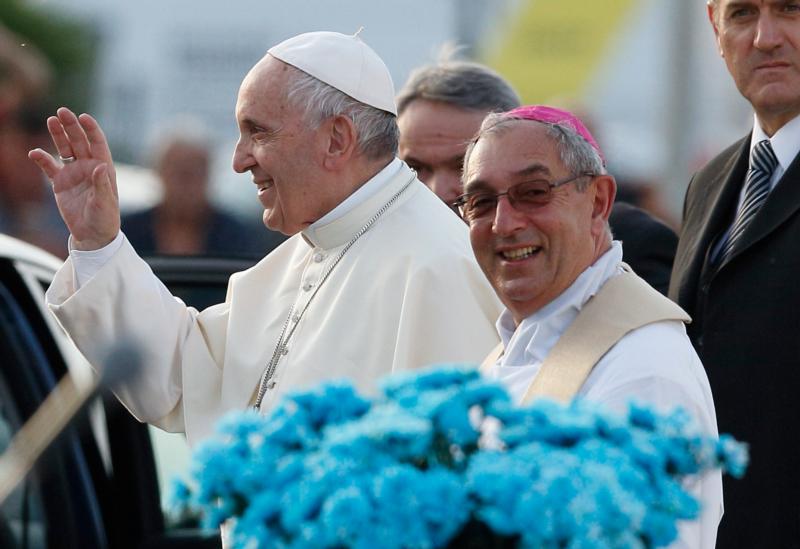 Pope Francis and Cardinal Angelo De Donatis, papal vicar for the Diocese of Rome, are pictured after a Mass in Ostia, a suburb of Rome, in this June 3, 2018, file photo. Cardinal De Donatis has asked every pastor in the Diocese of Rome to form a team for neighborhood missionary outreach. (CNS photo/Paul Haring)

ROME (CNS) — The papal vicar for Rome has asked every pastor in the diocese to form a “pastoral team” of about a dozen “courageous explorers” to help launch a new neighborhood missionary outreach.

“Don’t go looking for those who have shown they are prudent, measured and detail-oriented,” Cardinal Angelo De Donatis, the papal vicar, wrote in a letter to pastors July 11.

Instead, he said, the team should be made up of “people who draw outside the lines, people whom the Holy Spirit has made passionate about imperfection.”

The diocese’s 2019-2020 pastoral year is focused on “listening to the cry of the city” and responding with stronger parish communities, a greater focus on Sunday Mass, visiting the poor and lonely, providing concrete assistance to those in need and reaching out to young people and families.

Cardinal De Donatis suggested the priests look for 12 people to serve on the pastoral team. The number is not a requirement, he said, but should send a message to Catholics that the parish is looking “for a small group from which everything set out.”

“We do not need competent and qualified professionals as much as Christians who apparently are like everyone else but, in reality, are able to dream, to infect others with their dreams and want to experience something new,” the cardinal wrote.

“Perhaps,” he told the pastors, “these are people you have tried to contain a bit up until now — frankly, they can be destabilizing — but no more; you must draw them near, listen to them, value them and let them act so they can disturb the drowsy tranquility of others.”

And, he said, it is possible they will make mistakes, but that is better than having a parish that never tries anything new.

The pastoral team’s first responsibility, he said, is to go out into the neighborhood that comprises the parish territory, talk to people, observe and then “map the characteristics” in light of the area’s history and the lifestyle of residents. The description should include the presence of schools, workplaces, places where people gather, pockets of greater poverty, areas of “social violence” and the presence of organized crime.

The team must meet often with the pastor and with catechists, leaders of parish groups and youth and young adult ministers to listen to their observations and brainstorm together about how to help all parishioners live their faith more openly and share it with others in the neighborhood, he said.

Cardinal De Donatis said he hope the result would be that “our diocesan church would end up more attentive to others, more aware of people’s deepest questions, more convinced of the Good News that it is called to proclaim and more sensitive to God’s inspiration.”

NEXT: Love of God, love of neighbor are tied together, pope says