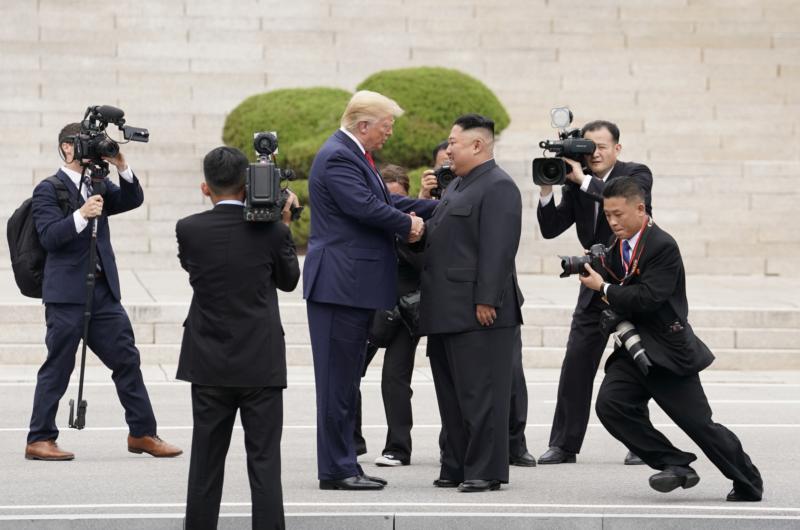 After praying the Angelus with pilgrims gathered in St. Peter’s Square June 30, the pope called the historic meeting a “good example of a culture of encounter.”

He also sent greetings to Trump and Kim and prayed “that this significant gesture constitutes a further step in the path of peace, not only in that peninsula but for the whole world.”

After Trump tweeted June 29 that he would like to meet with Kim at the border between North and South Korea, the North Korean leader agreed to meet him the next day in the demilitarized zone that has separated the North and South since the Korean War ended in 1953.

After meeting for nearly an hour, both leaders agreed to set up teams to resume talks that broke down in February over North Korea’s nuclear weapons program.

According to Yonhap, the Korean news agency, Moon’s press secretary told reporters that the pope said he would accept “if an (official) invitation arrives and I can go.”

NEXT: Disciples seek God’s glory, not their own, pope says at Angelus