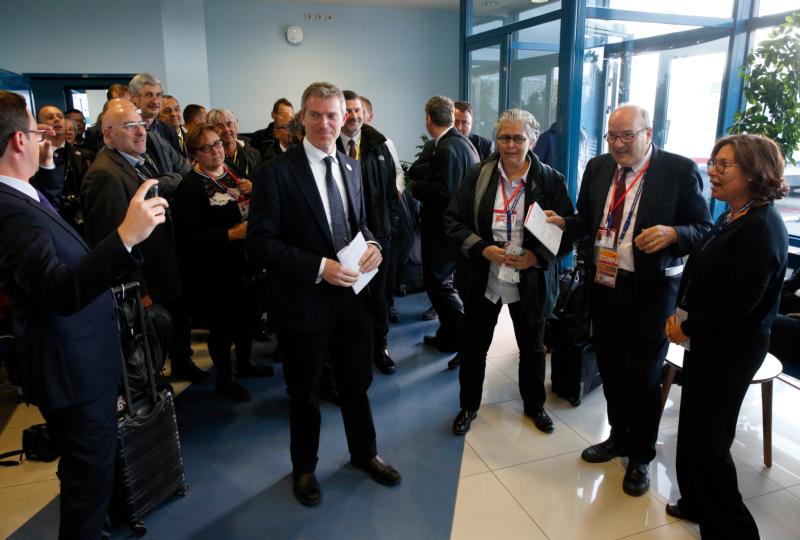 VATICAN CITY (CNS) — Pope Francis appointed Matteo Bruni to serve as director of the Vatican press office, replacing Alessandro Gisotti, who had been serving as interim director since Dec. 31.

The Vatican announced the appointment July 18. Bruni, 42, previously served as assistant to the director since 2013, helping organize and coordinate media presence and pools on papal trips.

Born in Winchester, Great Britain, Bruni began working at the Vatican press office in 2009, coordinating accreditation for journalists. In 2016, during the Year of Mercy, he was appointed as coordinator of media operations for the Jubilee Year events.

According to the Vatican, he also helps church-run projects dealing with “humanitarian cooperation and support programs for the elderly.”

In an interview with Vatican News July 18, Bruni said he was honored by the appointment and saw it as a “sign of esteem not only for me as an individual, but also my history and work alongside my colleagues at the Holy See Press Office.”

“The press office is not a large structure, but a complex one” with many different functions, he said. “I believe that knowing it from the inside can be useful in order to more deeply carry out the reform of the dicastery itself.”

Bruni thanked Gisotti, whom he called “a colleague and a friend” and praised him for his “availability, professionalism and great human sensibility.” He also thanked former press director Greg Burke and vice director, Paloma Garcia Ovejero, for their work leading the press office.

Burke and Garcia stepped down in December and the pope appointed Gisotti — who had been serving as coordinator of social media at the Vatican Dicastery for Communication — to temporarily lead the press office.

In a statement published shortly after the announcement, Gisotti congratulated Bruni on his appointment and offered him “my best wishes for success.”

“I am sure that Matteo Bruni will know how to manage the extraordinary team here at the press office in the best way possible,” he said.

He also expressed his gratitude to Pope Francis for “the privilege he gave me in being his spokesmen” and “for his fatherly support.”

“Even though filled with events, this time permitted a reorganization of the Press Office based on a common commitment with the prefect, Paolo Ruffini, taken up six months ago,” Gisotti said.

In a statement, Ruffini, appointed prefect of the dicastery in July 2017, praised Gisotti for taking over the role of interim director, despite the “limited time available and a busy schedule of important appointments that required the greatest effort of communication.”

Ruffini also said Bruni “knows the machine perfectly” and that his appointment is “another important step forward in defining the structure of the Dicastery for Communication.”

While the management of the press office will be complete once the pope appoints a vice director, Ruffini said he was confident in Bruni whose human and professional skills have been appreciated over the years.”

“I am sure that Matteo Bruni will be able to guide (the press office) with competence and wisdom, far-sightedness and team spirit, contributing to its final structure with the objective of providing the best possible service to accurate information,” he said.

NEXT: Priest says Chaldeans in northern Iraq face uncertainty in return to homes