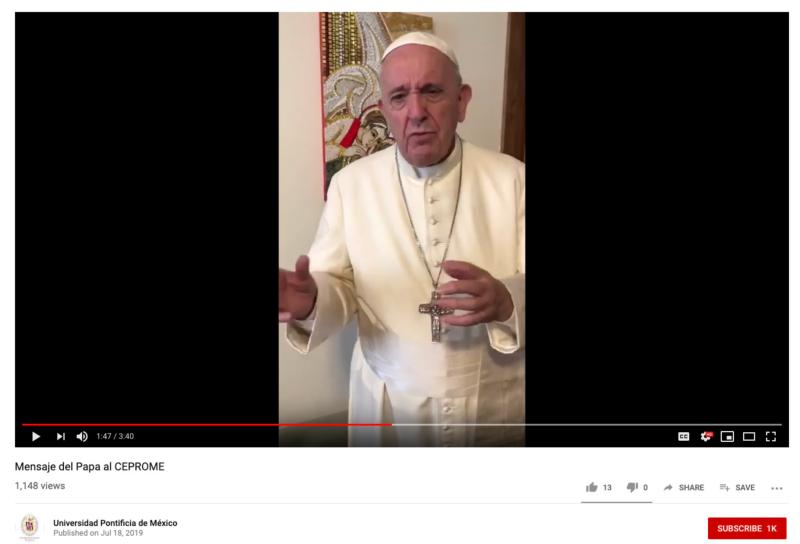 The protection of minors is a serious concern and what is needed is “an apostolate of prevention,” he said in a video message to Catholic leaders taking part in a safeguarding course at the Pontifical University of Mexico.

Pope Francis greeted participants and praised the course in the video, posted in Spanish July 20 on the Vatican News site.

The course was “important for all minors so that no one, no one abuses them, that no one may keep them from going to Jesus.”

“Anybody — be they a religious, layperson, bishop or anyone — who keeps a child from coming to Jesus must be stopped in their attitudes, corrected if we are in time, or punished if there is a crime involved,” he said.

Just as people have already looked at ways to prevent children from the dangers of drug abuse, a similar perspective is needed that examines “how to prevent kids from being abused,” he said.

An educational approach geared at prevention and focusing on the child is important, he said, to help the child stay safe wherever he or she goes, because an abuser or a drug pusher could be anywhere.

Such perpetrators are all practicing “a form of corruption,” and children need to be safe from every kind of abuse, not just sexual abuse, he said.