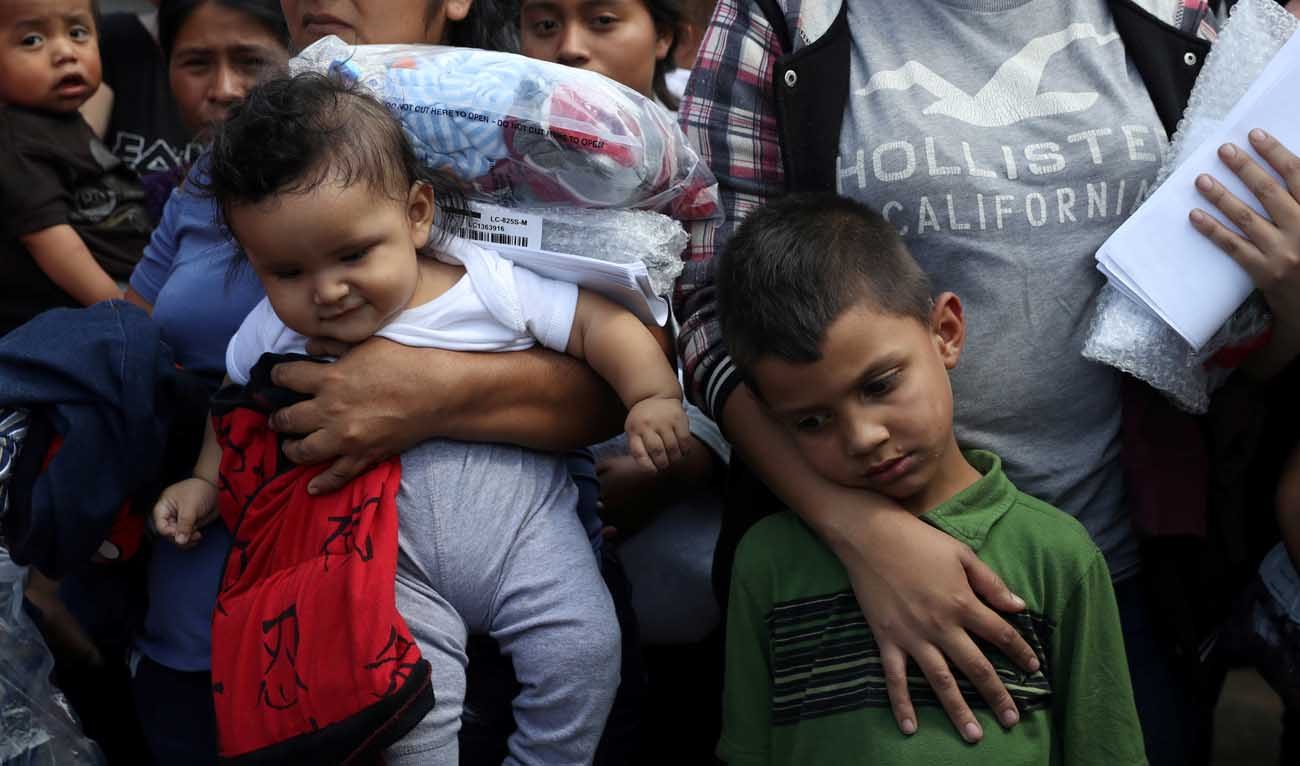 In this file photo, immigrant children react as they are released from detention at a bus depot June 22 in McAllen, Texas. The U.S. bishops’ Migration and Refugee Services and Catholic Charities USA issued a statement July 12 saying their are lending their support to ongoing efforts to reunite immigrant families. (CNS photo/Loren Elliott, Reuters)

WASHINGTON (CNS) — The Trump administration has moved to cast aside an agreement that previously limited the amount of time the government could detain migrant children.

On Aug. 21, officials announced new rules that would allow federal officials to detain minors past the 20-day detention limit and could perhaps open the door to long-term detention of migrant children and families. The move is expected to be challenged in court and various faith groups quickly condemned it.

“Today the Trump administration effectively announced that they’d like to be able to keep children in cages forever,” said the Sisters of Mercy of the Americas via Twitter Aug. 21 following the news. “This is an abhorrent step that would shred the Flores agreement. We must be a welcoming nation to the most vulnerable among us!”

In the tweet, the organization referred to what’s come to be known as the Flores settlement or Flores agreement, a court ruling that, since 1997, has set base standards of care for migrant children, which includes the limits of time they can spend under federal detention.

“The Flores agreement has been a crucially important bulwark against widespread inhumane treatment of migrant children, and it should be protected,” continued the Mercy sisters on Twitter. “We must ensure that migrants are treated with dignity and compassion.”

However, Acting Secretary Kevin McAleenan of the Department of Homeland Security said the new guidelines would help the government maintain the “integrity of the immigration system.”

Lutheran Immigration and Refugee Service, in an Aug. 21 news release, said the administration’s announcement was “the latest attack on the most vulnerable among us” and removing the time restriction amounted to “essentially allowing unlimited incarceration of children and families.”

“Detaining children is never in their best interest and ignores the fact that medical experts all agree that short- and long-term detention damages a child’s physical and mental health. Lutheran Immigration and Refugee Service believes that this careless rule places children’s lives at risk,” the Lutheran agency said.

The rule, it added, “is like putting the wolf in charge of the sheep,” and child deaths while under U.S. custody shows the danger of allowing the change in policy to take place.

“Lutheran Immigration and Refugee Service strongly condemns this latest attack in the unceasing war on immigrants and urges the Department of Homeland Security and the Department of Health and Human Services to work with us and other NGOs to develop a sane, sound and safe plan that respects the rights and dignity of all of God’s children,” the organization said.