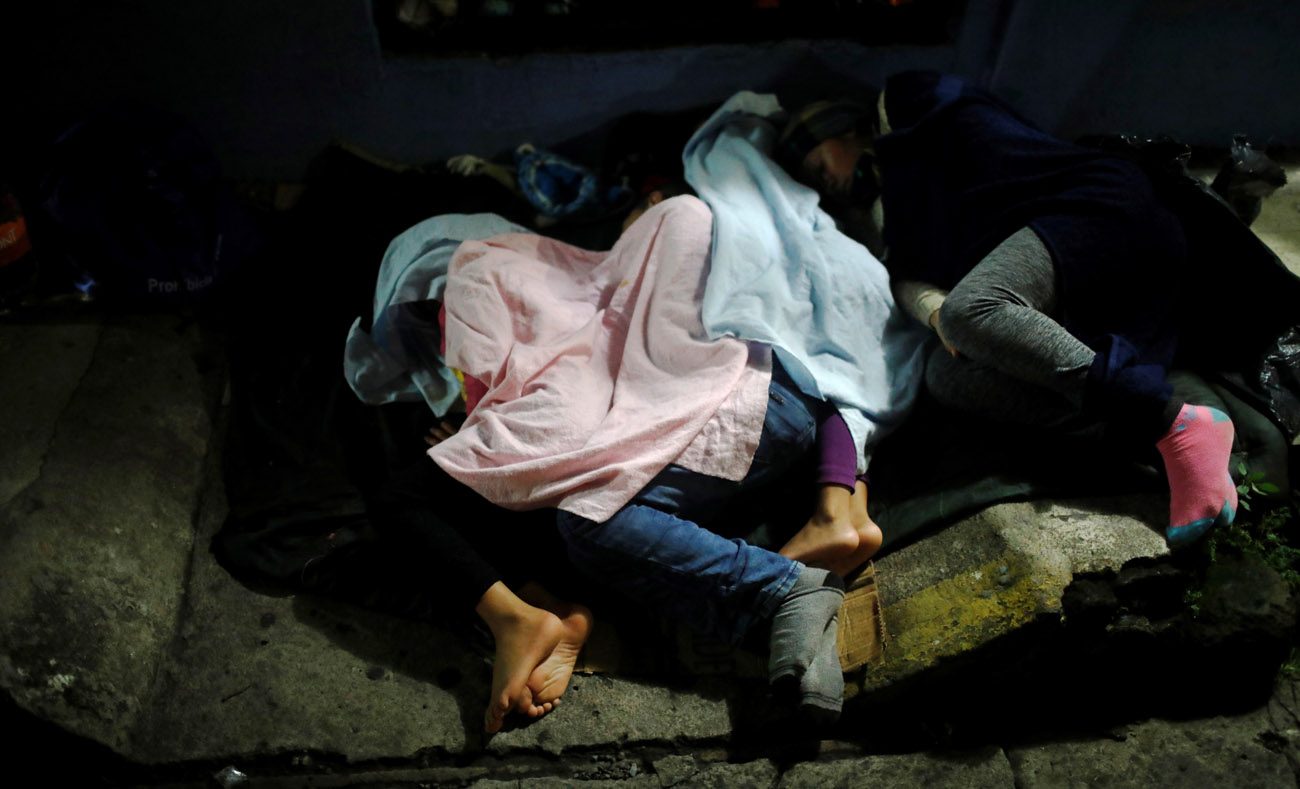 Central American migrants in Tapachula, Mexico, sleep outside the Mexican Commission for Refugee Aid, June 10, 2019. More than 500 religious leaders and groups signed an Aug. 23 letter to President Donald Trump urging his administration not to go through with plans to possibly end the country's refugee resettlement program. (CNS photo/Jose Cabezas, Reuters)

WASHINGTON (CNS) — Several women’s religious orders, individual women religious and Catholic organizations such as Pax Christi and Jesuit Refugee Service were among more than 500 religious leaders and groups who signed an Aug. 23 letter to President Donald Trump urging his administration not to go through with plans to possibly end the country’s refugee resettlement program.

“We are called by our sacred texts and faith principles to love our neighbor, accompany the vulnerable and welcome the sojourner,” the letter said, adding: “Our congregations, synagogues and mosques have historically played key roles in assisting refugees with housing, language, employment and social supports necessary for rapid and effective resettlement into U.S. communities.”

The letter said the group’s commitment to offer people refuge from violence and persecution “requires our government to demonstrate the moral leadership upon which our nation was founded.”

It stressed that faith communities “remain ready and eager to welcome refugees and decry the policies that are preventing refugees from receiving protection at this time.” The letter also said that people of faith are “especially distraught by the implications of low refugee arrivals for particular populations of concern such as families seeking to reunite, religious minorities and children.”

“We express our deep concern for the impact of low arrivals on religious minorities, including Christians, Muslims and others who find themselves persecuted because of their religious affiliation and are thus left without options to safely practice their faith,” the letter said.

When the Trump administration announced in mid-July that it was considering “zeroing out” the number of refugees accepted by the United States, the chairman of the U.S. bishops’ migration committee and leaders of Catholic and other faith-based agencies that resettle refugees implored the government to reject such a move.

“I strongly oppose any further reductions of the refugee resettlement program,” said Bishop Joe S. Vasquez of Austin, Texas, chairman of the U.S. Conference of Catholic Bishops’ Committee on Migration. In a July 19 statement, he added: “Offering refuge to those fleeing religious and other persecution has been a cornerstone of what has made this country great and a place of welcome.”

Before admission to the U.S., each refugee undergoes an extensive interviewing, screening and security clearance process.

Setting caps on the number of refugees to be accepted from five global regions is done at the beginning of each fiscal year by the president, in consultation with Congress. The deadline for the upcoming consultation is Sept. 30, according to Jen Smyers, director of policy and advocacy for Church World Service. She told reporters during a phone briefing in July that the U.S. secretary of state “makes the final decision.”

“The last couple of years have been historically low in terms of refugee resettlement here in the U.S.,” said Bill Canny, executive director of the U.S. Conference of Catholic Bishops’ Migration and Refugee Services. “Of the millions of refugees around the world, only about 1% will be resettled, that number will decrease and leave more people vulnerable if these actions come to fruition.”

Canny told Catholic News Service in July the administration should reconsider making these devastating cuts. “Our military relies on the work of interpreters while in the field and those interpreters are putting their lives and their families lives on the line. To not open our arms to them when they have done so for us, would go against who we are as a nation,” he said.

NEXT: Catholic teens inspire one another to ‘not grow tired’ of abortion fight