Kenya wind farm welcomed, but indigenous wonder who benefits most 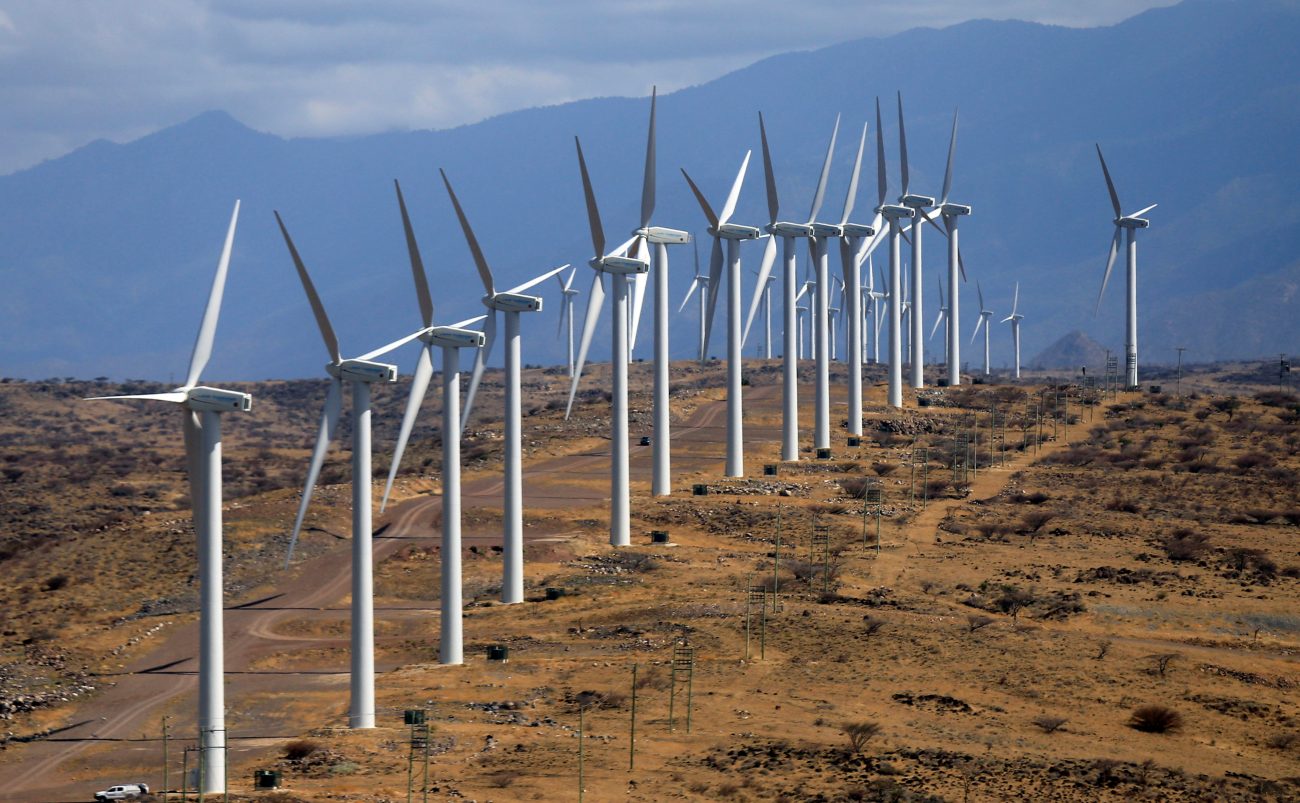 NAIROBI, Kenya (CNS) — As turbines turn on Africa’s largest wind farm on the shores of Lake Turkana in northern Kenya, Catholic leaders welcomed the project as good for the environment and important for human development.

Bishop Peter Kihara Kariuki of Marsabit, in whose diocese the Lake Turkana Wind Power Project is located, hailed the newly minted project as safe for the environment in the region, where climate change has led to dry pastures and water shortages that have ignited frequent, sometimes deadly, clashes among herder communities.

“The windmills (turbines) are not destroying the environment. They are not interfering with the climate,” Bishop Kariuki told Catholic News Service. “I have followed the project since its start and I think it’s a good one. I welcome it.”

From a remote rocky and hilly stretch of the wilderness in Loyangalani district, the ever-present winds in the region effortlessly turn the turbines, producing 310 megawatts, about 17% of Kenya’s current generating capacity. It’s enough to power 1 million homes, according to projections.

In all, 356 turbines stand on 40,000 acres on the homeland of the Turkana people and other nomadic indigenous communities that use the land for settlement, livestock grazing and access to water.

“The local people have accepted the project. They believe it will open up their areas and bring more development. If the people are happy, we (clergy) are also happy,” said Father Martin Omondi Oluoch, a priest at Loyangalani parish.

Despite the acceptance, there is some concern among the indigenous peoples that the power has been connected to the national grid to the benefit of urban areas, especially the capital, Nairobi, 340 miles to the south, without much local benefit.

Church leaders said some people consider the power a local resource that is being stolen. They suggested that funneling some of the power to local needs would ease those concerns.

“It is clear that the local community wants to benefit from the wind power. They are demanding it. That’s why they went to court,” said Bishop Kariuki, referring to a recent lawsuit seeking continued access to ancestral, cultural and cattle-grazing land.

“The area needs roads, education, health services and food security, among other urgent needs. The people hope these services will follow with the wind farm,” Father Oluoch said.

Beyond the development, church leaders are hopeful that the farm will bring peace among the Turkana, Rendille and Samburu, all indigenous herder communities that have claimed land in the region. The heavily armed communities often engage in conflicts, including cattle rustling, that have turned deadly.

Kenyan President Uhuru Kenyatta launched the wind power project July 19. He said the project would help protect the country’s ecosystem and scenic beauty, which have been under pressure from climate change.

Kenyatta stressed that the project demonstrates the East Africa nation’s commitment to clean energy and a boost to international efforts aimed at reducing greenhouse gas emissions. Scientists have determined that such emissions from fossil-fuel-fired power plants contribute to global warming.

The president’s views converge with those of the Catholic leaders. Father Charles Odira of the Kenyan bishops’ conference, who chairs the Kenya Interfaith Network of Action on the Environment, said the energy farm would boost global efforts to promote clean energy.

“We need to emphasize clean energy to reduce greenhouse gas emission. This is one positive example,” he said.

Father Odira also called on the government to address local economic and indigenous rights because the wind farm is on their land.

“They want to see the benefits, but this should also be seen as a national resource which can benefit the whole country. I think the government needs to strike a balance,” he said.

Meanwhile, Bishop Kariuki said he hoped the wind farm would enable the indigenous communities to plant trees in the air area despite the scarcity of rain. Having access to electricity, he and others explained, could allow for water pumping to begin and enable people to reclaim some of the arid land for grazing and other purposes.