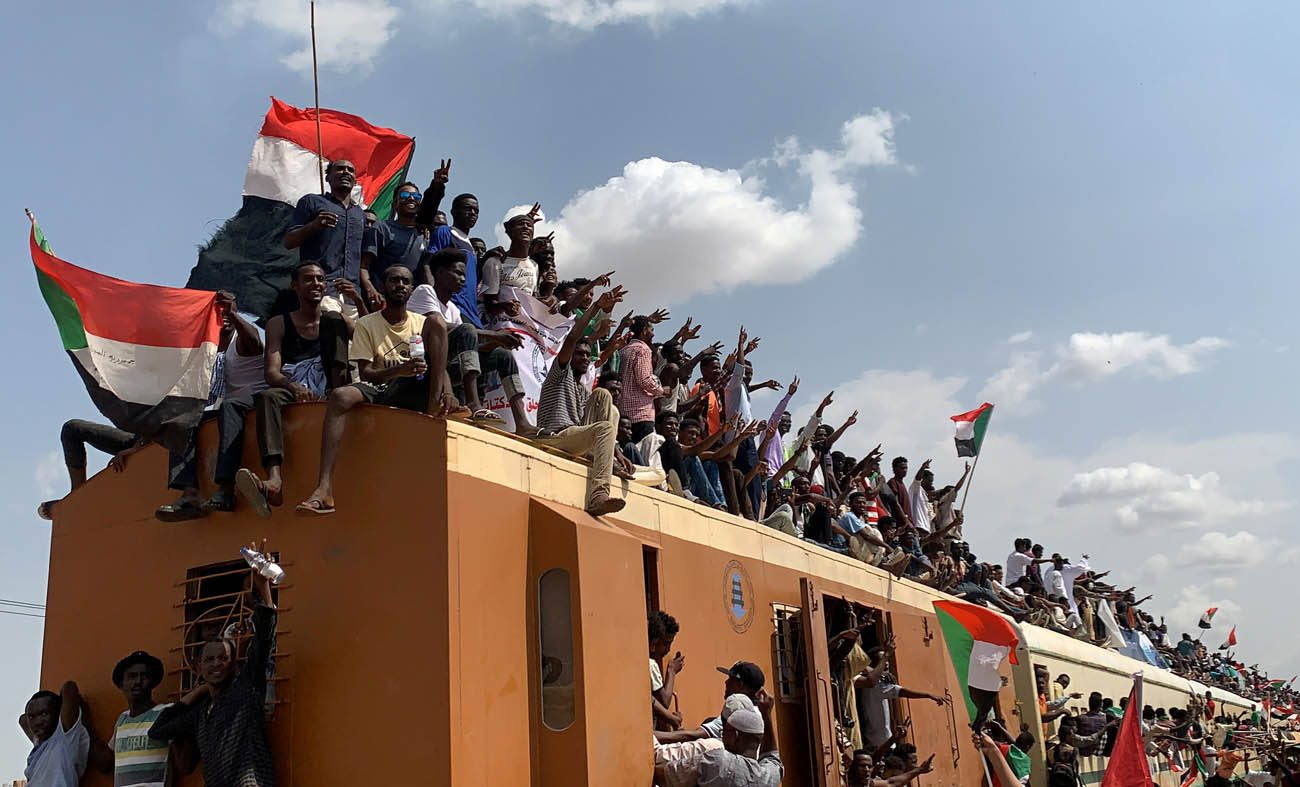 People in Khartoum, Sudan, ride on the train Aug. 17, 2019, to join the celebrations of the signing of the Sudan’s new power-sharing agreement. Catholic bishops in South Sudan praised the recent peace agreement for neighboring Sudan, which has experienced political turmoil since April. (CNS photo/Mohamed Nureldin Abdallah, Reuters)

“Our hearts went out for Sudan during the period under which the country was facing the turmoil. Actually we are still Sudanese; we share the common border; our history is intertwined; our behavior is the same; ours is a scenario of two countries with one system,” South Sudan’s bishops said in a statement Aug. 23.

“We still have thousands of refugees from South Sudan living in Sudan,” the bishops said, adding that “the conflict in Sudan really hit at home.”

The same day South Sudan’s bishops issued a statement, the London-based Human Rights Watch issued a report urging Sudan’s new transitional government to take concrete steps to ensure accountability for past rights abuses, including the attacks on protesters since April.

“As Sudan’s leaders embark on long-overdue critical reforms, they should ensure justice to fulfill the promise for a transition to a state based on human rights and rule of law,” said Human Rights Watch. “To ensure progress, they should set goals and benchmarks, including for accountability for serious abuses, just as the protesters demanded.”

NEXT: ‘Green’ burial laws might not respect bodies or nature, Catholics say