Trinidadians step up to aid Venezuelan migrants when government steps back 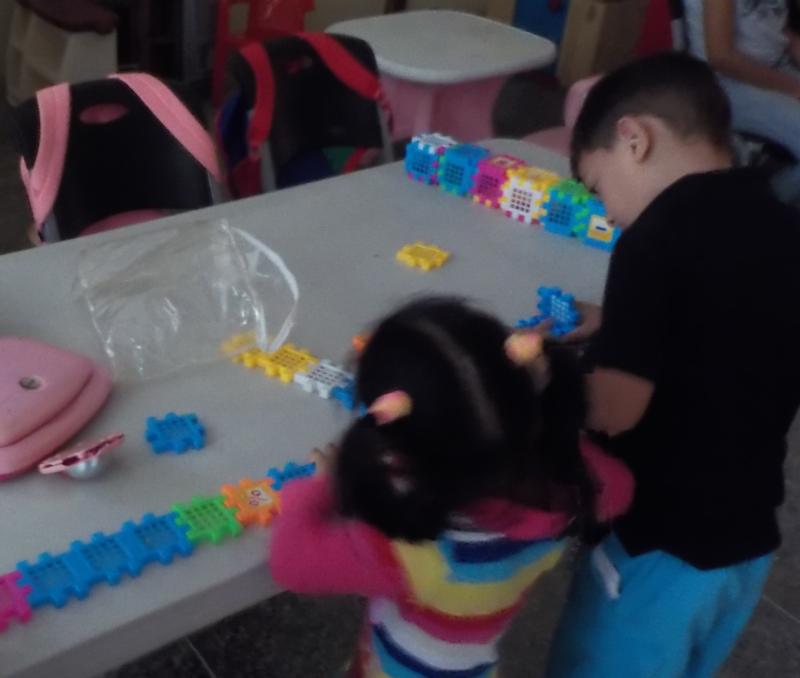 Young Venezuelans migrants join lessons to help them adjust to life in Trinidad and Tobago, to where their families have fled. Lessons in mathematics, English, music and other disciplines were developed by volunteers with La Romaine Migrant Support ministry at St. Benedict Parish in La Romaine. (CNS photo/Laura Ann Phillips)

LA ROMAINE, Trinidad and Tobago (CNS) — A 7-year-old is so hyperactive, he requires an change in activity every 10 to 15 minutes. There’s been no diagnosis of his exact needs.

A bright 11-year-old was at her required level of reading in Spanish at home but finds that learning English is more difficult than she thought.

A 15-year-old who only can read his native Spanish at the level of a 6-year-old because, throughout his life his family felt that obtaining food was more important than education.

Still, none of them — all immigrants from Venezuela who have made their way with their families to Trinidad and Tobago, the southernmost islands in the Caribbean chain — are likely to get specialized care or enroll in mainstream schools even if their families arrived legally.

That’s where some of the nation’s Catholic parishes come in.

The La Romaine Migrant Support ministry, or LARMS, teaches English to nine migrant children in the parish hall at St. Benedict Church. The parish is located in La Romaine, a semi-rural community about 40 miles south of the capital, Port of Spain.

LARMS organizers began the classes nine days after their first meeting in March, welcoming nine immigrant children. The program since has grown to 70 children, who are bused from surrounding communities. In addition to English, they learn basic mathematics, craft, sports and music.

“This is God’s work. He sends people to us,” said LARMS founding member, Marsha de Caires. “We don’t say no to anybody.”

Run by volunteers, the program attempts to meet the needs of the children’s families as well, discreetly taking measurements for donated clothes and shoes, providing a food each week and helping parents find work.

Some of the children’s mothers come voluntarily every day to cook familiar meals — local fare was not very popular with the kids — and chat with others from home.

“We are not qualified teachers, we are not a registered school,” said Msgr Christian Pereira, pastor at St. Benedict. “We are really a support service.”

Funding for transportation, food and materials comes from a variety of sources, de Caires said, including professionals and ordinary people generously offering supplies and services. Donations include biweekly visits from a doctor for checkups and inoculations.

Venezuelan migrants, fleeing violence and political instability at home, had been trickling into the island nation for several years. That trickle became a wave in 2018 as inflation soared and food shortages became acute. Trinidad and Tobago’s location, just off the Venezuelan coast, made it a natural location for people to flee.

The number of migrants who have arrived have boosted Trinidad and Tobago’s population of 1.3 million by more than 3%, or about 40,000 people.

In an effort to manage the tide, the Trinidad and Tobago government offered a two-week registration period in June for the migrants, even for those who arrived illegally. Once registered, people were granted a year’s amnesty, allowing them to live and work legally. Educating their children, however, was another matter.

The simple answer is no.

At a June 6 media briefing, Prime Minister Keith Rowley said, “If the Catholic Church, in its pastoral work, gets involved with trying to educate children who are not going to school, that is acceptable in Trinidad and Tobago.”

However, National Security Minister Stuart Young cautioned at the same briefing, “There’s no guarantee of space in our schools. Our first priority is educating our nationals.”

Another stumbling block is that, “access to public school education, in general, has been stymied by the inability of parents to obtain a student permit from (the) immigration (department) for their children,” said Rochelle Nakhid, coordinator of Living Water Community’s Ministry to Migrants and Refugees. Living Water is the U.N. refugee agency’s local partner.

Even if parents were successful in obtaining a permit, their tenuous status may present a challenge for a school that enrolled their children, Msgr. Pereira said. A government online information portal states that registration cards are distributed only after applications have been approved and but are renewable at six-month intervals.

“That’s a challenge for any school,” said Msgr Pereira. “I have a child for six months, when they get their registration cards, where does the six months begin? Does it begin at the issuance of the registration card, or June when they were registered? So, June and July have already gone, so we only have four months now. That is one academic term, one school term.”

In addition to working toward creating local educational opportunities for adults and children, Living Water has partnered with the U.N. and other nongovernmental organizations to create an online educational platform called Equal Place. Its program is based on the syllabi of Trinidad and Tobago, Columbia and Venezuela. It’s due to be launched this September.

However, most other local aid projects are conducted by ordinary citizens. Like the six founding members of LARMS who had started meeting to decide a way to help the growing number of Venezuelan migrants suddenly milling about. It was hard to miss; Trinidad’s southern coast was the most common point of entry for survivors of the arduous seven-mile journey in overloaded, open vessels over a difficult stretch of the Gulf of Paria.

Not all Trinidadians have welcomed the Latin American presence.

“These days, we’re either very proud of Trinidadians or disappointed in them,” de Caires said. She recalled an incident in June, when migrants were lined up outside the registration point at Duncan Village, San Fernando.

“People just drove through them.” she said incredulously. “People think they’re getting priority treatment. They’re not. They’re third or fourth-class.”

Local workers whisper fears that unscrupulous employers will replace them with migrants willing to be paid less than the stipulated minimum wage of the U.S equivalent of $2.20 an hour. Trinidadian resent the Venezuelans for presenting the opportunity.

So, preparing the children for the best and worst is high on the LARMS priority list, de Caires said.

“We’re trying to get them to the place where they can face the real world.”