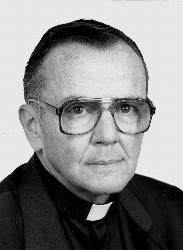 WASHINGTON (CNS) — A retired bishop already facing a Vatican trial for allegations that he sexually abused minors years ago is facing three new accusations of abuse, said the Diocese of Cheyenne, Wyoming.

This summer, retired Bishop Joseph H. Hart appeared on a roster the Diocese of Cheyenne released listing 11 clergy with substantiated allegations of sexual abuse of minors or vulnerable persons.

Since then, the diocese said in a Sept. 10 statement, three additional individuals have come forward saying they, too, were sexually abused by the prelate in the 1970s and 1980s — the period during which all the incidents in the state are alleged to have occurred. The 87-year-old bishop has maintained his innocence.

Because Wyoming does not have a statute of limitations, decades-long claims can still be investigated and prosecuted, and Bishop Hart could become the first U.S. prelate to face a criminal trial for the abuses.

In mid-August, authorities in Cheyenne recommended sex abuse charges be brought against an unnamed clergy member, believed to be Bishop Hart, as well as against a second unnamed “person seeking membership” in the Catholic clergy for accusations of abuse that may have occurred in the 1970s and 1980s, said an Aug. 14 news release by the Cheyenne Police Department.

Though the diocese didn’t release details about the new allegations, it says they “have been reported to the civil authorities, and the Diocese of Cheyenne has cooperated fully with the police.”

Cheyenne Bishop Steven R. Biegler announced June 12 that the Vatican trial of the retired prelate would take place. Bishop Biegler included Bishop Hart’s name in a list of all Catholic clergy with substantiated allegations of sexual abuse of minors or vulnerable persons for whom the diocese had files and who were in active ministry from 1950 to the present in the Diocese of Cheyenne.

The June online issue of the Wyoming Catholic Register, Cheyenne’s diocesan newspaper, said after the retired prelate’s name that Pope Francis had imposed restrictions on him and “authorized a penal process.”

Bishop Hart, who was auxiliary bishop of the statewide diocese from 1976 to 1978, when he became head of the diocese and served until his 2001 retirement, has “categorically and completely” denied any improper conduct.

In its September statement, the diocese said it asked him for an interview to respond to the accusations, but “he declined to be interviewed.”

Bishop Hart has long faced such accusations, but in 2002, authorities in Wyoming, saying they had not found evidence to support the allegations, did not press charges. When Bishop Biegler became Cheyenne’s new bishop, he continued restrictions his predecessor had placed on the retired bishop’s public ministry and then pressed for a new investigation, leading Wyoming authorities to look deeper.

In the most recent statement by the Diocese of Cheyenne, Bishop Biegler thanked those who offered new information.

“I applaud the victims who have come forward to report sexual abuse to the police or the church. Your courageous action helps us to address these terrible crimes, and your example encourages other victims to find their voice,” he wrote. “As the church, we promise to protect the most vulnerable and to accompany those who have been harmed on a journey of healing.”