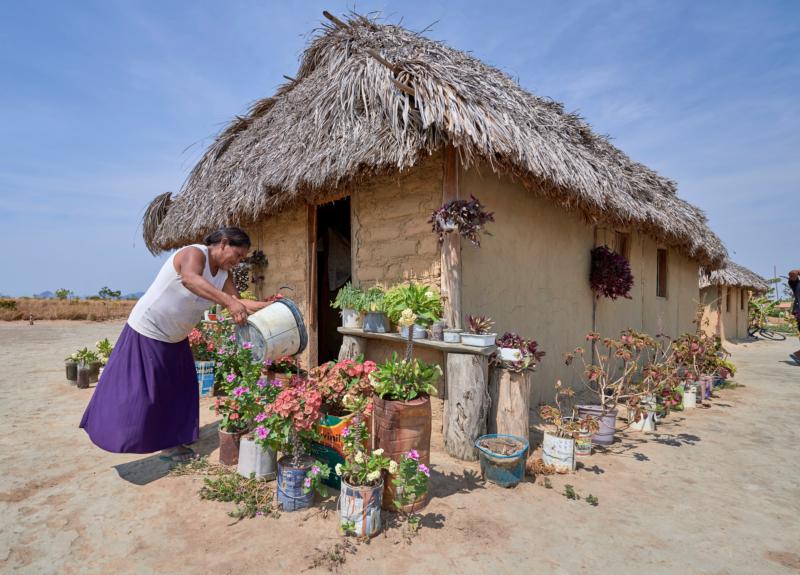 ROME (CNS) — It only takes an accurate, unbiased reading of the working document for the Synod of Bishops for the Amazon to see its aim to find new ways to evangelize the region does not stray from church tradition or the teachings of previous popes, said a Brazilian theologian.

“The preparatory document to the synod reflects a clear and unblemished expression of the faith and Christian doctrine, theologically grounded in sacred Scripture and the magisterium of the popes,” wrote Jesuit Father Adelson Araujo dos Santos.

Calling for a special synod to look at new paths for evangelization and for an integral ecology is also “consistent with the position that the church has historically taken in favor of the Amazon, its native peoples, creation and life, and intercultural dialogue,” he wrote in a theological analysis first published in Spanish on Vaticannews.va Sept. 25. Father dos Santos sent Catholic News Service the full text in Spanish Sept. 27.

The Jesuit priest, who is from the Amazon region in Brazil, is one of the 25 experts Pope Francis appointed to assist the synod members. He is a professor at the Pontifical Gregorian University’s Institute of Spirituality in Rome, and he works at its center for teaching formators to the priesthood and religious life. He also served as Jesuit regional superior of the Brazil-Amazon region.

The essay, titled “A synod that bothers a few and bolsters many,” seeks to respond to the “few voices” that have raised doubts about the Oct. 6-27 synod, claiming it would be “full of theological errors and heresies,” he wrote.

For example, some have claimed the synod document advocates the divinization of nature or a pantheistic adoration of the Earth.

Father dos Santos said it would be “a total distortion of the facts” to make such a claim, and anyone who did so would be in “complete disobedience to the whole doctrine and magisterium of the church.”

The document states that the planet and its inhabitants are living expressions of God’s creative work and his love for all of creation, and it calls for the care of God’s creation, which includes not just all human life, but the Earth, which is necessary to sustain that life.

This message is in “full harmony” with Pope Benedict XVI, who said in 2009, “The church is not only committed to promoting the protection of land, water and air as gifts of the creator destined to everyone but above all (the church) invites others and works herself to protect mankind from self-destruction.”

The pope makes the connection by saying “when human ecology is respected within society, environmental ecology also benefits.”

Father dos Santos said Pope Benedict warned about caring for creation “not because he wants to deify it,” but because he knows human life depends on the state of the Earth.

Pope Benedict said: “The Earth is indeed a precious gift of the creator who, in designing its intrinsic order, has given us bearings that guide us as stewards of his creation.”

“Far from being heretical,” such a view can also be found in sacred Scripture and the teachings of church fathers: how God invites his children to be collaborate with God’s will and be responsible stewards of nature just as God was in planting and making flourish the garden of Eden, the priest wrote.

Regarding concerns about the synod’s working document welcoming certain expressions of the worldview and spirituality of indigenous peoples, Father dos Santos wrote, “once again there is no lack of solid doctrinal and historical foundations to justify such inclusion.”

“Indeed, anyone who has minimal knowledge of church history knows that (the church) has been able to express itself over the centuries in different languages” and cultures, he wrote. As St. Paul showed, the priest wrote, Christians have been able to be all things to all people, in order to save at least some.

He noted St. John Paul II’s teachings about inculturation and the richness of being in dialogue with other peoples, even non-Christians.

Another major concern, the priest wrote, is an assumption the centrality of Jesus Christ and his Gospel “has been practically forgotten” by the authors of the working document.

“Again, a simple accurate and unbiased reading of the text is enough to realize that such a statement is not supported by real information,” he wrote.

The aim of the synod is how to proclaim the Gospel of Jesus Christ in the Pan-Amazon region, and it is clear the process for discerning these best ways is following the path of Jesus, who always went “out” to the people and listened.

Jesus chose to travel, to be with the stranger, the outcast, not to shield or protect himself, but to take risks and go where there was conflict in order to show it takes God’s love to change the world.

Positions that are “defensive and closed to any dialogue” are in the direct opposite of the way of Jesus, as if his way of being open and in dialogue were somehow incompatible with evangelization, he wrote.

The priest said the synod for the Amazon is yet another way the church seeks to discern the new paths being indicated by the Holy Spirit through “reciprocal dialogue among all God’s people.”

This is why “there is no reason to fear” the synod “much less struggle to fight it” and its process of discernment, the priest wrote. The working document “is solidly based on the doctrine flowing from sacred Scripture, tradition and the magisterium of the church, especially from our recent popes.”

“The search for new ways of evangelization for parishes in the Amazon and the strengthening of an integral ecology in no way undermines our identity and mission, as both aim to make our common home, which is the whole planet, a better world, more similar to God’s plan for his creation.”

NEXT: Australian diocese to pay millions in settlement in one abuse case