Mexican state lawmakers: Abortion no longer a crime in Oaxaca 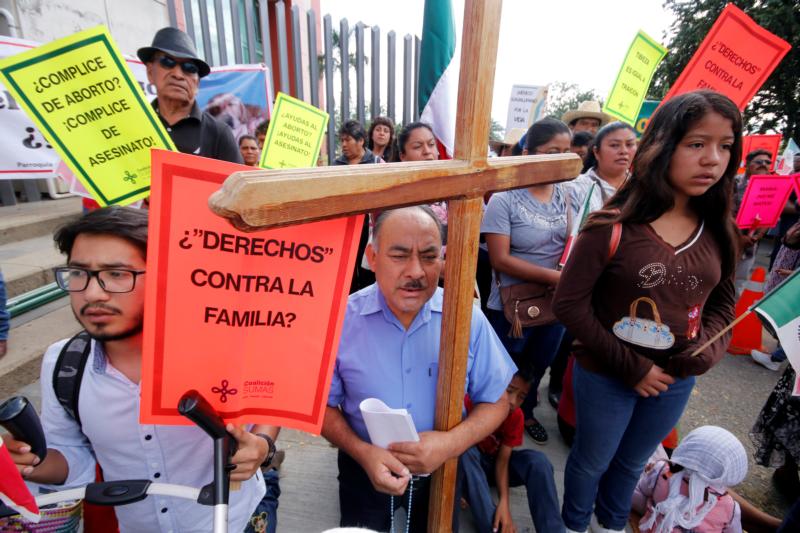 GUATEMALA CITY (CNS) — Lawmakers in the southern Mexican state of Oaxaca have approved a measure to decriminalize abortion, despite vocal church opposition.

The measure passed the Oaxaca state legislature, 24-10, amid shouts in the session from boisterous supporters and opponents. It allows for abortion in the first 12 weeks of pregnancy. Oaxaca becomes the second Mexican jurisdiction to decriminalize abortion and follows Mexico City, which approved decriminalization in 2007.

The Archdiocese of Oaxaca voiced displeasure with the decision, posting on its Facebook page immediately after the measure was approved, “Only God decides who is born and who is not born.”

In a statement released later that day, Archbishop Pedro Vazquez Villalobos said, “Making laws that promote the death of the unborn causes a grave moral deterioration, continues deforming our values and does not protect the defenseless nor defend the weak.”

The archbishop added, “We continue praying that this situation makes us aware of what we want and what kind of society we want to shape so that, as true Christians, we continue to be defenders and promoters of human life.”

The Mexican bishops’ conference expressed opposition to the proposal, saying in a Sept. 24 statement, “We reaffirm it is the obligation of the state to protect the rights of each human being, to preserve their lives, from the moment of conception until their natural death. It’s not a topic of majorities or minorities.”

Lawmakers from the left-leaning MORENA party advanced the abortion bill in Oaxaca.

The party, which holds power on the federal level and controls a majority of Mexico’s state legislatures, has not always showed much enthusiasm for advancing controversial social issues such as abortion. President Andres Manuel Lopez Obrador, who founded MORENA and won power in 2018 with a coalition, has said other issues such as fighting corruption were more a of priority for his administration.

Still, some in Lopez Obrador’s administration, including Interior Minister Olga Sanchez Cordero, have proposed creating a single criminal code for the country, which would make Mexico City’s abortion law valid on the national level.

The federal government welcomed the Oaxaca measure, saying in a Sept. 25 tweet, “Our democracy is strengthened with the extension of rights and the recognition of the autonomy of women to make decisions over their own bodies.”

The president of Mexico’s Supreme Court also welcomed the decision.

The high court recently upheld a health secretariat norm known as NOM 046, which allows for abortion in the case of sexual assault. The ruling said no criminal complaint needed to be filed in such cases and that minors did not need to obtain the permission of their parents before getting an abortion after being raped.

PREVIOUS: Amazon synod could ‘have something to say’ to Canada, says CCCB official