Church must make ‘preferential option for the Amazon,’ bishop says 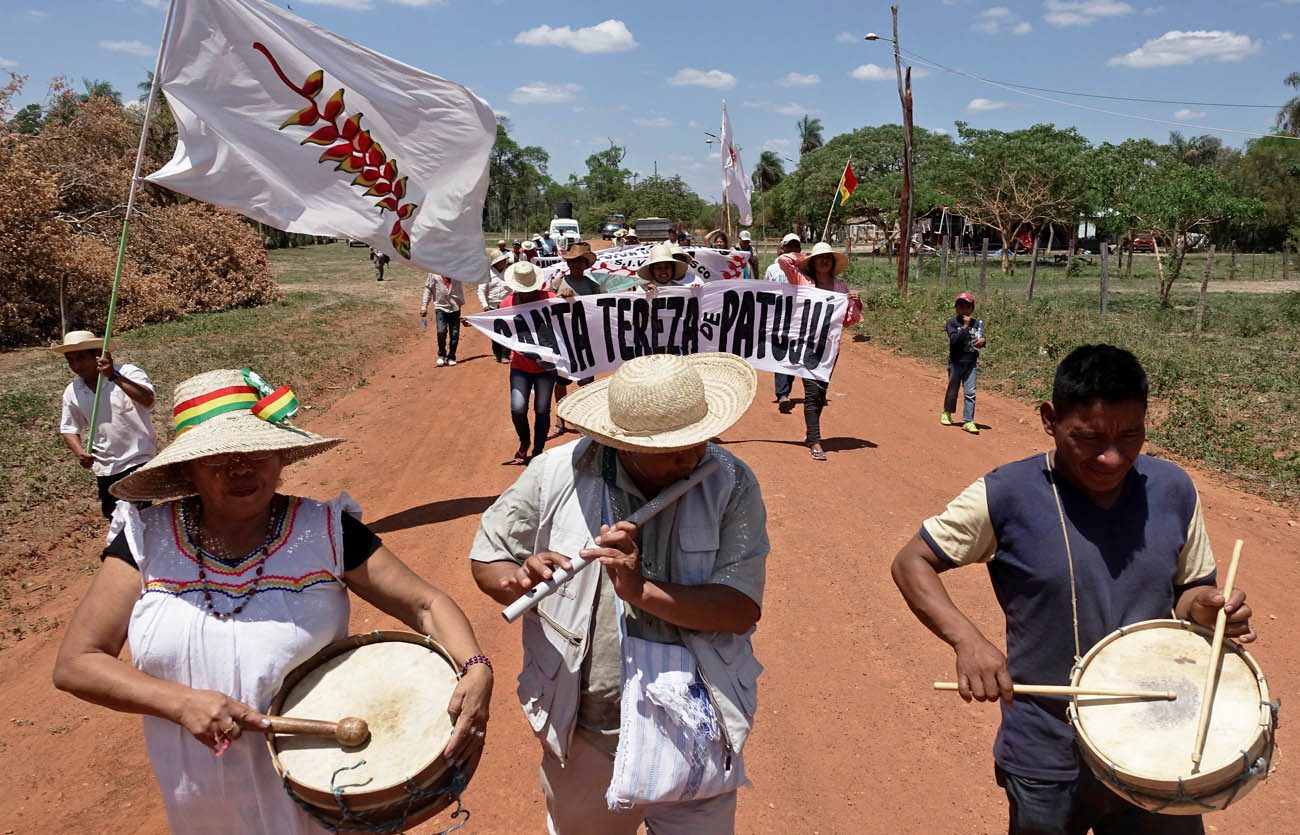 VATICAN CITY (CNS) — As tropical forests fall victim to loggers, miners and ranchers, the Catholic Church must take sides to defend the Amazon region and its people, said a bishop whose Bolivian diocese has been ravaged by fire this year.

Between July and October, an area the size of South Carolina burned in his diocese in the northern Bolivian lowlands known as the Chiquitana region. That was nearly one-sixth of the entire diocese.

Farmers and ranchers set fire to their fields every year to clear land and kill insect pests, but this year was worse than most because of a prolonged drought and climate change, Bishop Flock said.

The state of Santa Cruz, which includes the San Ignacio diocese, declared a state of emergency in August, but it was not until rains arrived during the first week of October that the fires finally smoldered out.

Indigenous people from San Ignacio de Velasco arrived Oct. 16 in the city of Santa Cruz, the state capital, after a monthlong protest march. Angered by the slow official response to the fires, they demanded that the government rescind the controlled-burning decree. They also called for agricultural assistance and public services like electricity.

The fierce fire season, especially in Bolivia and Brazil, came on top of steady destruction of the forest to make way for industrial-scale agriculture and cattle ranching. Those practices make wildfires more likely.

The evaporation of water from the leaves of Amazonian trees creates about half of the rain that falls over region, scientists have found. Forest loss therefore means less precipitation.

The Andean highlands to the south and west of Bolivia’s part of the Amazon basin depend on rain from the Amazon forest, the bishop said. “So, if the forest goes, it will have a ripple effect on the whole Bolivian ecosystem and on the world.”

Pope Francis underscored both that interconnectedness and the urgent need for action in his 2015 encyclical “Laudato Si'” and during the synod.

“Integral ecology means you can’t separate defense of the ecology from defense of the peoples, because it’s their territory in the first place, their piece of creation, and their lives that are at stake,” Bishop Flock said.

Development is necessary, because people need public services like health care and education, and they must be able to make a living, he said. But it must ensure that forests on which rural dwellers depend will be there for their children and grandchildren.

“The peoples of the Amazon are best placed to know what sustainable development means in their own home,” Bishop Flock said. “We can’t force Western models” on them.

The voice of the church “is important and it’s worldwide,” he said. “We have to say that this destruction of the Amazon and the violence against its peoples and defenders has to stop. The church sides with them.”