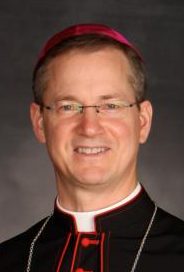 ST. PAUL, Minn. (CNS) — A bankruptcy judge approved a $39.2 million settlement Oct. 21 between the Diocese of Duluth and victims/survivors of clergy sexual abuse.

Announced at a news conference in Duluth, the decision gives final approval to a joint agreement reached earlier this year and ends a nearly four-year bankruptcy process for the diocese.

It settles all claims against the diocese and 30 of its parishes.

“Our first thoughts today are with the innocent people who suffered abuse,” said Duluth Bishop Paul D. Sirba, who has led the diocese since his episcopal ordination in 2009. He is a priest of the Archdiocese of St. Paul and Minneapolis; he was ordained in 1986.

“While no financial settlement can make up for the harm that was done to them, it can be a form of accountability for the ways the church failed them, and a sign of our solidarity with them and our deep sorrow for what they have suffered,” he said in a statement.

The diocese, all of its more than 70 parishes and several Catholic entities in the region will contribute about $10 million, with the rest of the settlement coming from insurance. Another part of the settlement, approved by Judge Robert Kressel of the U.S. Bankruptcy Court for the District Court of Minnesota, includes the release of documents in historic cases of clergy abuse.

The first lawsuits against the diocese were filed after the state of Minnesota in 2013 passed the Child Victims Act, which for three years lifted the statute of limitations for civil cases on accusations of sexual abuse.

The diocese filed for Chapter 11 bankruptcy in December 2015 in the wake of a $4.9 million judgment rendered the previous month after the first lawsuit went to trial. Attorneys for the diocese and victims/survivors entered mediation earlier this year and reached an agreement April 25.

The settlement, however, does not put an end to the issue of clergy sexual abuse, Bishop Sirba said.

“Without vigilance in putting what we’ve learned into practice, what’s to prevent a recurrence?” he said. “We can’t grow weary here. Today’s events don’t mean ‘it’s all over now.’ It should give us the humility and determination to keep our commitment to protecting the vulnerable in our midst.”

NEXT: The more Cavins teaches about Bible, the more he learns ‘how to teach it’