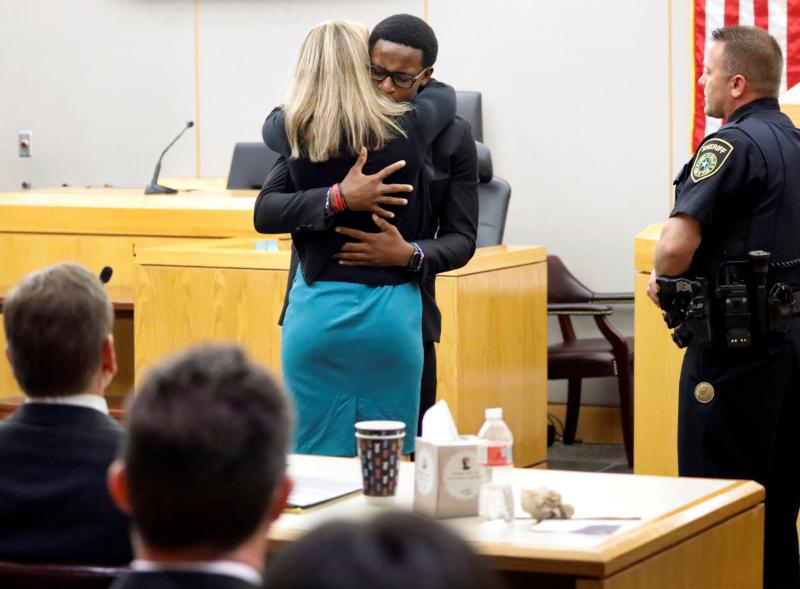 WASHINGTON (CNS) — A Dallas bishop said that the public forgiveness offered by the brother of a murder victim toward the person who killed him was “an incredible example of Christian love.”

He also asked and was granted permission by the court to give her a hug, even though she fatally shot his 26-year-old brother, Botham Jean, in his apartment last year.

Guyger was convicted of murder and sentenced to 10 years.

“I love you as a person and I don’t wish anything bad on you,” Brandt Jean told her in a video widely viewed and praised and in which the young man asked her to give her life over to Christ.

“I pray we can all follow the example of this outstanding young man. Let us pray for peace in our community and around the world,” Bishop Burns said in the statement.

However, some were upset that Guyger wasn’t given a harsher sentence and protested what they viewed as a light sentence.

Allison Jean, the victim’s mother, said she hoped Guyger would use the time in prison to reflect on her actions.