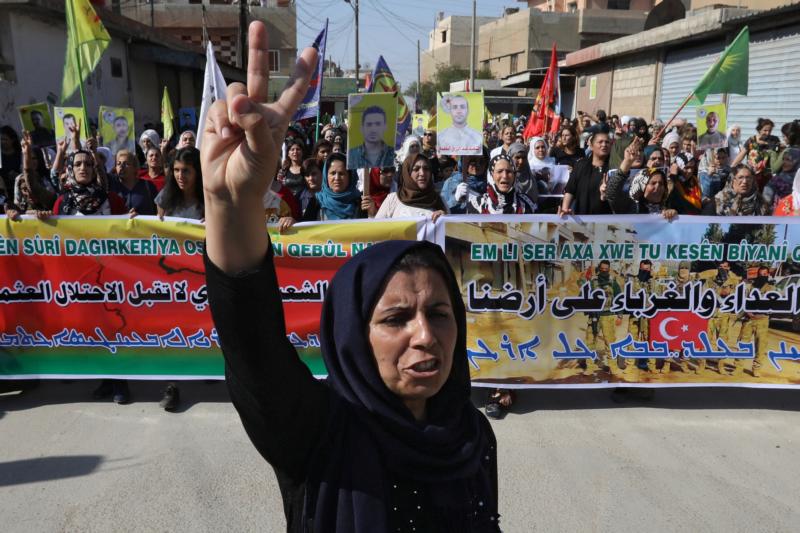 Amnesty International reported that the Turkish military and its allied Syrian armed groups have demonstrated a “shameful disregard for civilian life” during the offensive into northeast Syria. A Syrian Christian political leader has joined international condemnation over the attacks and abuses.

Bassam Ishak, who heads the Syriac National Council, told Catholic News Service by phone that Armenians and Syriac Christians in northeastern Syria are being intimidated and forbidden access to their land by pro-Turkey forces in what is now the time of the cotton harvest.

“They were told, ‘We have orders not to physically touch the Christians, but know that you have no land here anymore,'” said Ishak, a member of the political bureau of the Syrian Democratic Council in northeastern Syria and a graduate of The Catholic University of America in Washington, D.C. He said the Syrian armed groups allied with Turkey “are repeating what they did in Afrin,” the Turkish invasion in northwestern Syria using Syrian militants in 2018.

“In Afrin, they took the harvest of the Kurds who lived there and now they are doing it to the Christians. The Christians in Ras al-Ayn own at least one-third of the agricultural land there. These forces are basically carrying out a ‘soft’ ethnic cleansing. The Christians are being frightened by these people, and then they lose their source of income. The Christians then ask why should they stay and live under the Islamists,” said Ishak.

“A Christian doctor in Ras al-Ayn said the Turkish bombardment of the town continued through the night on Oct. 24 and caused many deaths,” Ishak said. The following day, three female nurses on an ambulance team on duty in Suluk, near Tal Abyad, were killed by Syrian militant forces allied with Turkey. Their bodies were found mutilated in the water sewage system.

Those incidents and others demonstrate violations of brokered cease-fire with Turkey.

“We have seen videos and read reports of pro-Turkey fighters killing and beheading Kurdish prisoners. They seem to have orders not to take prisoners, but rather kill them at once,” Ishak added.

Meanwhile, the Army of Islam group posted a video Oct. 21 urging its members “to treat Christians as second-class citizens in areas taken over by the Turkish forces as well as pay ‘jizya,’ a protection tax levied on religious minorities.

Amnesty International reported “serious violations and war crimes” include “summary killings and unlawful attacks that have killed and injured civilians,” according to the Oct. 18 account, based on witness testimony from 17 people, including medical and rescue workers, displaced civilians, journalists and humanitarian workers.

Amnesty said it uncovered “damning evidence of indiscriminate assaults in residential areas, including attacks on a home, a bakery and a school, carried out by Turkey and allied Syrian armed groups.”

It also condemned the “gruesome details of a summary killing in cold blood of a prominent Syrian-Kurdish female politician, Hevrin Khalaf, by members of the Syrian Ahrar al-Sharqiya militant group.

“Despite a cease-fire deal announced by Turkey and Russia on Oct. 22, the situation for civilians in the region remains dire,” said another rights group, Physicians for Human Rights. It called on Turkey to “cease attacks on civilians in Syria and respect human rights.”

The group has drawn attention to Turkey’s alleged use of “white phosphorous and napalm in heavily populated civilian areas, the shelling of hospitals, attacks on medical vehicles, extrajudicial killings and widespread displacement of civilians which has fueled an already-critical humanitarian crisis in northern Syria.