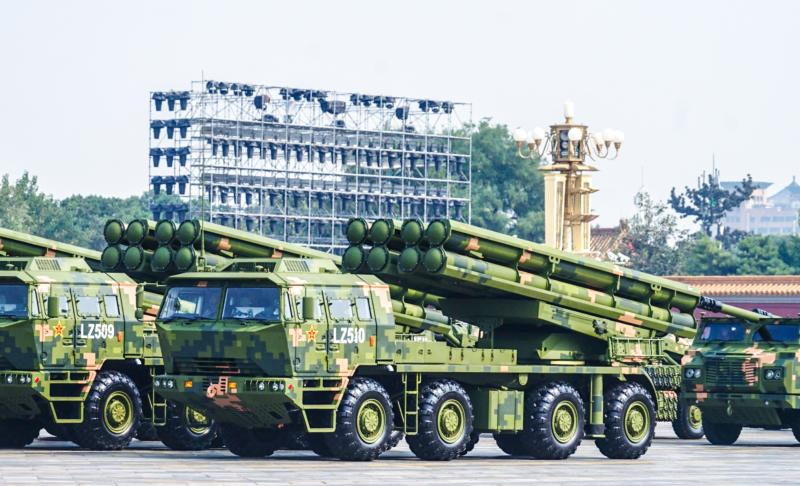 A Dongfeng-41 intercontinental strategic nuclear missiles group formation is seen Oct. 1, 2019, during the 70th anniversary celebration of the founding of the People’s Republic of China in Beijing. Archbishop Bernardito Auza, the Vatican’s permanent observer to the United Nations, called on global leaders to work to rid the world of nuclear weapons in a series of addresses in October. (CNS photo/Shen Shi, Reuters)

UNITED NATIONS (CNS) — Expressing concern that arms control treaties are “abrogated and flouted,” the Vatican’s permanent observer to the United Nations called on global leaders to work to rid the world of nuclear weapons.

In a series of addresses to two U.N. committees, Archbishop Bernardito Auza said nations must step up to prevent a new nuclear arms race from emerging and work to reduce growing threats to peace.

“Member states should spare no effort to reverse the current downward spiral of arms control and disarmament policies and dedicate themselves to elaborating new mechanisms of arms reduction leading to the elimination of nuclear weapons and general and complete disarmament,” Archbishop Auza told the committee Oct. 22.

The permanent observer’s concerns focused on the human consequences of nuclear war and urged all nations to ratify and implement the Treaty on the Prohibition of Nuclear Weapons passed by the U.N. in 2017.

The treaty emerged from member states frustrated with the slow pace of nuclear disarmament. While 122 nations approved the treaty and only Netherlands opposed it, 69 countries did not vote, including all of the states possessing nuclear weapons and those under the nuclear umbrella.

Archbishop Auza noted that the Holy See had ratified other arms control pacts, including the Treaty on the Non-Proliferation of Nuclear Weapons and the Comprehensive Nuclear-Test-Ban Treaty, calling them “vital pieces in the nuclear disarmament architecture.”

“To realize the full promise of these instruments, we must work tirelessly to restore dialogue and to fight the trust-deficits, which unfortunately characterize the current situation of disarmament, as well as in the building of our common and collective security,” he said.

In an Oct. 24 address, the archbishop urged ratification of the test-ban treaty by all countries so that it can come into force.

Archbishop Auza cited the words of Pope Francis in explaining that the pontiff has raised moral questions about the possession and potential use of nuclear weapons throughout his pontificate.

The archbishop Oct. 18 also quoted Pope Francis’ speech to a 2017 Vatican symposium on disarmament at which he said “the treat of the use (of nuclear weapons), as well as their very possession, is to be firmly condemned. For they exist in the service of a mentality of fear that affects not only the parties in conflict but the entire human race.”

He encouraged the U.N. to consider a broad range of “concepts and proposals” in the drive to eliminate nuclear weapons.

“The Holy See urges their detailed examination with the objective of establishing — by consensus to the greatest extent possible — actionable steps to reduce the prominence of nuclear weapons in global security through verifiable measures, toward the achievement of a nuclear weapon-free world,” he said.

Speaking to the U.N. again Oct. 25, Archbishop Auza addressed the illicit international trade in small arms and light weapons. He called on the world body to assist nations to limit such arms trade, which create insecurity, lead to human rights violations and restrict the work of humanitarian aid agencies.

Security for civilians “is essential for development and for the fight against extreme poverty,” he said.

The permanent observer stressed the importance of educating people of all ages “to dissuade them from making an unjust use of weapons” and help overcome the culture of violence that has risen in many societies.

He raised concern about “those who earn a living and earn great wealth through trafficking in these instruments of death.” Licit and illicit arms trafficking, he said, allows “for criminals and terrorists to achieve their deadly activities” and aids governments that “would engage in armed aggression against sovereign states or subvert their internal peace and tranquility.”