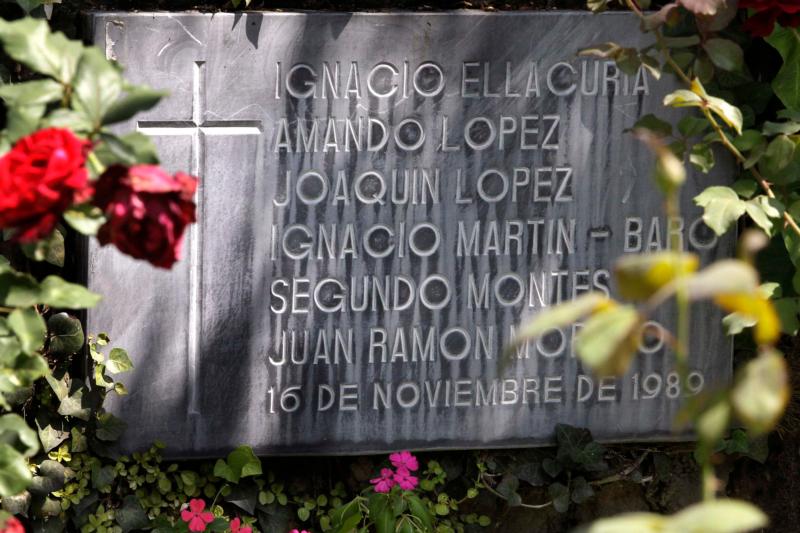 A stone bearing the names of six Jesuit priests massacred in 1989 is seen at Central American University in San Salvador, El Salvador, Nov. 16, 2009, the 20th anniversary of their deaths. Canadian Cardinal Michael Czerny was on the scene in San Salvador shortly after the coldblooded murder of the six Jesuits Nov. 16, 1989. (CNS photo/Luis Galdamez, Reuters)

TORONTO (CNS) — It may be 30 years since Cardinal Michael Czerny left the Jesuit-run Central American University in El Salvador, but it’s not a place that has forgotten him.

Canada’s newest cardinal was on the scene in San Salvador shortly after the coldblooded murder of six Jesuits Nov. 16, 1989. The massacre of the priests, plus their housekeeper and her teenage daughter, at their university residence came during El Salvador’s brutal 12-year civil war.

Despite the lingering dangers, then-Father Czerny, a Jesuit, assumed the director’s role of the school’s Human Rights Institute, a position that was held by one of the murdered priests, Father Segundo Montes.

“He assumed the defense of those rights with courage at the end of the civil war,” said Jesuit Father Rodolfo Cardenal in an email to The Catholic Register.

Such courage continued to show as Cardinal Czerny — born in Czechoslovakia and educated and ordained in Canada — played an important role in the trial of the government soldiers responsible for the murders.

“Thanks to his contacts in the international community, a distinguished group of personalities attended the trial and then testified to the procedural fraud that had been committed,” said Father Cardenal, a professor of theology at the university.

But just as Cardinal Czerny, 73, has not been forgotten by the university, he in turn has not forgotten the school. Father Cardenal, also director of the Archbishop Romero Center at the school, said each Nov. 16, Cardinal Czerny has sent a message to the school, known as UCA in El Salvador, from wherever he has been posted around the world. 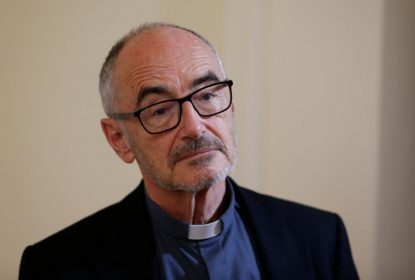 “The link has not been broken. For the UCA and for himself, his passage here has left an indelible mark,” Father Cardenal said.

It’s a refrain heard from wherever Cardinal Czerny has laid his hat in a priestly career dedicated to looking out for the marginalized in society.

Jesuit Father Elphege Quenum describes the time he spent with Cardinal Czerny at the African Jesuit AIDS Network in Nairobi, Kenya, as “two rich years.” It was September 2003 and Father Quenum had just completed his master’s degree in social sciences and was beginning his Jesuit regency with the future cardinal.

“I discovered a companion who was very dedicated to the cause of the poor and the vulnerable people,” said Father Quenum, who now directs the program.

He saw a man “who did not spare a single energy” to develop answers for the good of the people with HIV or AIDS in Africa.

“He used to say, ‘This is the time for the church. We are called, in this moment, to express the church’s closeness to the weak and people who are suffering in society,'” Father Quenum said.

Msgr. Robert Vitillo has seen that sense of urgency in Cardinal Czerny during the 20-plus years he has known and worked with him. He also sees humility in the man and does not think being made cardinal will change him.

“I do not think Cardinal Czerny considers it an elevation,” said Msgr. Vitillo, secretary-general of the Geneva-based International Catholic Migration Commission. “In his message to friends and family, he clarifies that this is a call by the Holy Father to greater service and sacrifice for the church.”

Msgr. Vitillo said he believes that Pope Francis’ calling of his fellow Jesuit to the College of Cardinals should be a challenge “to keep in mind the people on the peripheries of the world and to make them as the center of our lives of service.”

“I believe that Cardinal Czerny’s call to greater and more selfless service will indeed bring more attention to the work we do,” he said. “I have no doubt that his voice as a cardinal will be heard more acutely and widely, both in the corridors of power and in the hearts of the people forced to leave their homes and local communities and those who serve them.”

NEXT: There’s a map for that: GoodLands launches Catholic GeoHub