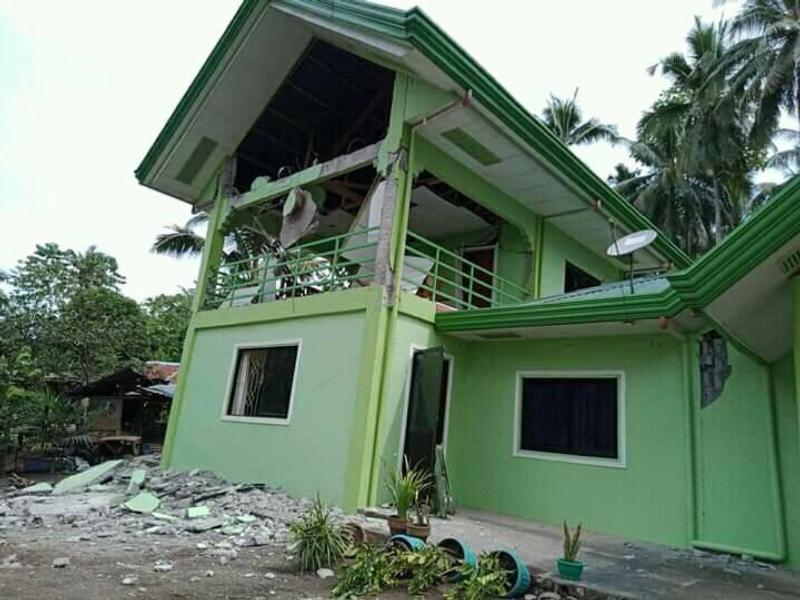 A damaged town hall is seen in a social media photo taken Oct. 29, 2019, in Mabini, Philippines, after a magnitude 6.6 earthquake. The social action arm of Archdiocese of Manila was among organizations responding to the disaster in the southern Philippine region of Mindanao Oct. 29. (CNS photo/Jaypee Catalan via Reuters)

MANILA, Philippines (CNS) — The social action arm of Archdiocese of Manila was among organizations responding in the aftermath of a powerful earthquake that struck the southern Philippine region of Mindanao Oct. 29.

Caritas Manila appealed for donations to aid in its work after the magnitude 6.6 temblor left at least six people dead and affected more than 8,400 others as of Oct. 30, reported ucanews.org.

Father Anton Pascual, executive director of Caritas Manila, said the donations will be used for relief efforts and the rehabilitation needs of affected families, especially in Cotabato province and nearby areas.

Cardinal Luis Antonio Tagle of Manila earlier issued an appeal to the public for help and for prayers.

Most of the affected families are from the towns of Kidapawan, Mlang and Tulunan — the quake’s epicenter — in Cotabato.

Of those affected, 3,505 people were in evacuation centers.

The National Disaster Risk Reduction and Management Council reported that 394 people had been injured while at least 133 buildings were badly damaged, including 94 schools, 11 health facilities and 20 private establishments.

The Philippine Institute of Volcanology and Seismology said it had recorded 294 aftershocks as of Oct. 30.

The institute said the quake and a magnitude 6.3 tremor in the region two weeks ago were “part of a sequence of events from interrelated faults in the region.”

The Catholic Bishops’ Conference of the Philippines issued a statement expressing its solidarity with those affected by the earthquake.

In the statement, Archbishop Romulo Valles of Davao, conference president, offered prayers and asked Catholics to pray for the safety of people amid the aftershocks.

“Please pray to the Lord that we may remain calm and alert,” Archbishop Valle said. “And pray also that we will continue to care and be watchful and concerned for each other during this time of fear and anxiety.”

NEXT: Cardinal Czerny’s courageous past in El Salvador remembered