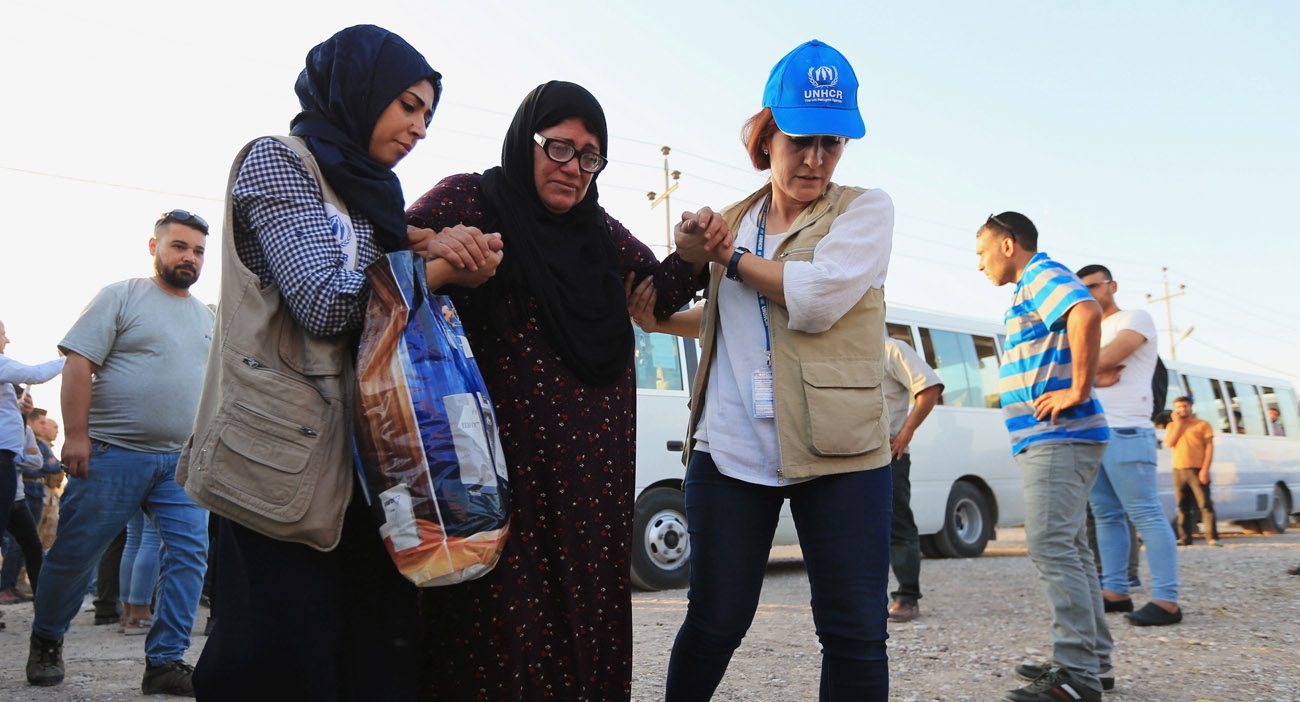 United Nations workers help a displaced Syrian woman, who fled violence after the Turkish offensive against Syria, upon arrival at a camp in Bardarash, Iraq, Oct. 16, 2019. In an Oct. 17 plea, Archbishop Timothy P. Broglio of the U.S. Archdiocese of the Military Services, chairman of the U.S. bishops’ Committee on International Justice and Peace, urged countries choose “dialogue over confrontation” to resolve their differences. (CNS photo/Ari Jalal, Reuters)

WASHINGTON (CNS) — A U.S. archbishop has called on the international community to renew a commitment to peace in the wake of Turkey’s incursion into Syria.

Archbishop Timothy P. Broglio of the U.S. Archdiocese for the Military Services, chairman of the U.S. bishops’ Committee on International Justice and Peace, urged that countries choose “dialogue over confrontation” to resolve their differences.

His Oct. 17 plea came as Turkish forces continued a push into northeast Syria after the withdrawal of U.S. military forces 10 days earlier.

The incursion began Oct. 9, causing more than 100,000 people to flee their homes with little more than the clothes they were wearing. Access to humanitarian aid has been limited because most nongovernmental agencies have evacuated international staffers.

About 1,000 people have crossed into Iraq, according to UNHCR, the United Nations refugee agency. Agencies such as Catholic Relief Services are preparing to assist tens of thousands more Syrians as they make their way toward the Iraq border.

“The ancient Christians and other religious minorities who have called this region home for millennia are at risk of being lost forever,” he added.

The archbishop also called for prayers for protection of all parties in the region and a return to peace in the search “for real solutions and stability.”