They come at night: Syrians flee to Iraq as cease-fire set to expire 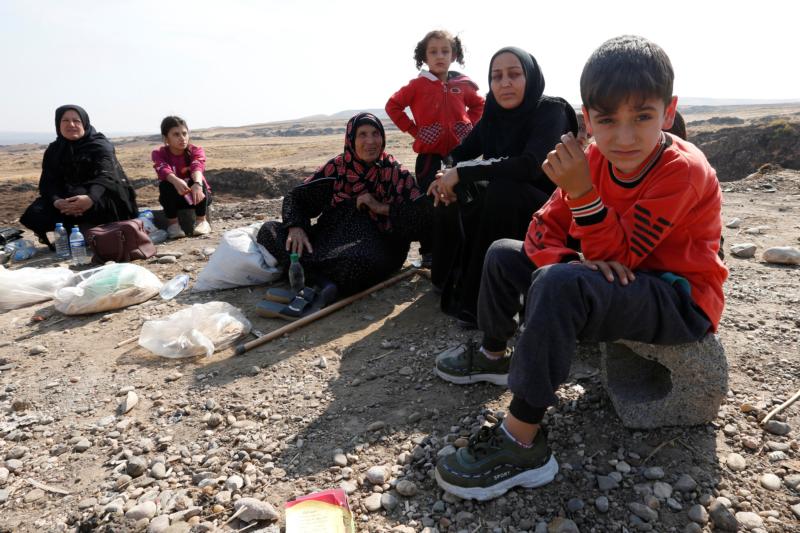 AMMAN, Jordan (CNS) — When Rifaa, her husband and three daughters escaped into Iraq in the dead of night, “there were dead bodies on the street” in Qamishli, Syria.

“We found a smuggler to bring us to Kurdistan, and we gave them the amount of money they asked to save ourselves. We paid $2,000 for five people. We saved our lives, but we suffered,” she told the Norwegian Refugee Council.

Humanitarians expressed concern over the situation of Syrian civilians displaced by the Turkish invasion of northeastern Syria. They say that as the cease-fire there is about to expire, they are seeing increasing numbers of refugees fleeing into Iraq while others are trapped inside the country.

“In the last 24 hours alone, 1,736 Syrians crossed into Iraq, the highest number to cross in one day since the beginning of Turkey’s military operation,” said Karl Schembri of the Norwegian Refugee Council, in a statement made available to Catholic News Service.

Ibrahim Barsoum, a program officer working with the refugees for the Christian Aid Program Northern Iraq, described the refugee situation in a phone call with Catholic News Service from Dahuk, a province in northern Iraq.

“They come with smugglers or just cross the borders at night, and Iraq’s Kurdish regional security forces receive them,” Barsoum said. “Many of them need immediate and urgent support. Food and basic needs for winter time: blankets and clothes even. They don’t have it. They just ran to save their lives and their kids’ lives. It is a tragedy.”

“People are so scared about the situation; more arrive (in northern Iraq) every day because they don’t know what is going to happen with Turkey, and also with ISIS,” Ghada, a 23-year-old woman from Hassakeh, Syria, told the Norwegian Refugee Council: “People come from everywhere — Hassakeh, Kobane, Qamishli — but only those who have money can cross the border. People have to pay a lot of money, sometimes $500 per person.

“The poor people can’t cross and are stuck in Syria. They will not be able to escape,” Ghada told the Norwegian Refugee Council. Since crossing the border from Syria to Iraq Oct. 20, she has sheltered in Bardarash camp.

In mid-October, Turkey agreed to pause its fighting for 120 hours, expiring Oct. 22, for Syrian Kurdish and Syriac Christian forces to withdraw from a zone Turkey wants to control. However, with fighting still was occurring in several areas, and the uncertainty of what would happen, Syrian families were considering their options for survival.

Many expressed fear over the Turkish bombing campaign, while others, particularly religious minorities such as the Christians and Yazidis, were frightened by Syrian Islamist militants employed by the Turkish military on the ground.

Most international aid agencies have halted their humanitarian assistance in northeastern Syria, but Yerado Krikorian, communications assistant with Caritas Damascus, told CNS it is continuing its work in shelters for the displaced in Hassakeh by distributing badly needed “water bottles and hygiene kits to families and individuals.”

The United Nations and aid agencies are planning for up to 50,000 Syrian refugees to flee into northern Iraq in the coming months.

PREVIOUS: ‘We are all responsible’: Bishop urges lifestyle change to protect Amazon