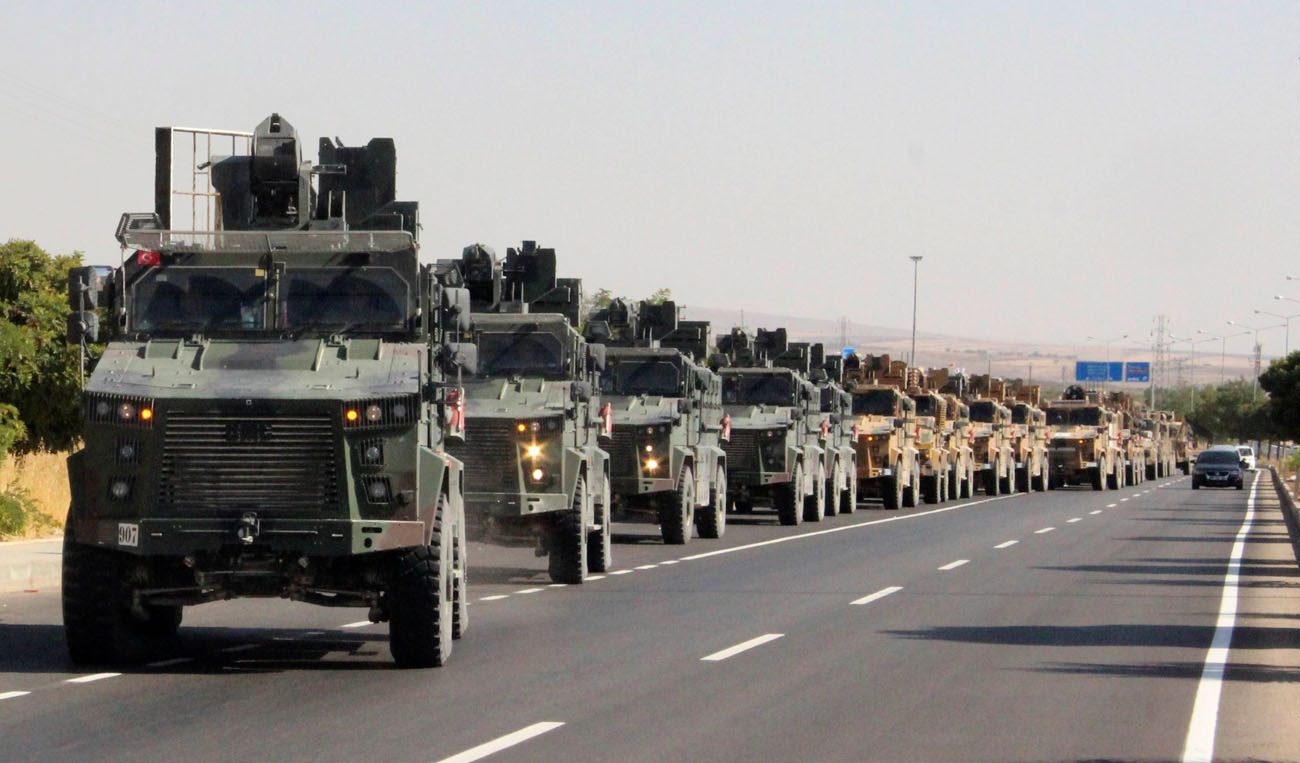 “Christians and others are extremely worried,” Syriac Christian political leader Bassam Ishak told Catholic News Service by phone Oct. 9. “The Turkish bombing seems designed to push people out of their towns, if, in fact, they manage to escape alive.”

Ishak heads the Syriac National Council. A graduate of The Catholic University of America in Washington, he is also a member of the political bureau of the Syrian Democratic Council.

Ishak has warned for months about a possible Turkish military incursion to settle scores with its perceived enemy, the Kurds, who were staunch allies of the United States and largely responsible for successfully battling Islamic State militants in Syria.

Despite very strong bipartisan U.S. Congressional disapproval of President Donald Trump’s abrupt decision to pull back U.S. troops from northeastern Syria, the president did not back down. He said it was too costly to keep supporting Kurdish-led forces in the region fighting Islamic State militants.

Trump made the decision during a phone conversation with Turkish President Recep Tayyib Erdogan during which Trump was meant to pressure Erdogan over a purchase of Russian warplanes.

Instead, Erdogan got a pledge from Trump to pull back U.S. troops who had worked alongside the Kurds and Syriac Christians fighting Islamic State. This decision also went against the advice of officials at the Pentagon and State Department. Turkey took it as a green light to proceed with its incursion.

An Islamist newspaper, Yeni Akit, which supports Erdogan’s ruling party, posted a warning ahead of the invasion, “Go and tell the unbelievers that the army of (Islam’s Prophet) Muhammad is back,” essentially declaring religious war by Turkey. Erdogan permitted foreign jihadists to cross into Syria at the start of the war in 2011. He also employed al-Qaida and Islamic State militants along with his troops in the 2018 takeover of Afrin, where 300,000 Christians, Yazidis and Kurds were displaced.

Observers say Trump may have unwittingly helped Turkey to unleash Islamist fighters against Kurds, Christians and Yazidis. On Sept. 23, he vowed to protect freedom of religion and belief as well as vulnerable religious groups. But the Turkish invasion is likely to destroy the freedom of religion practiced in northeast Syria, the only area in the Arab world permitting people to choose their faith, according to Christian leaders in northeastern Syria.

“The decision by President Trump took the Christian community of northeast Syria by surprise. It is viewed negatively, and it revives fears of the Turkish massacres of (Armenians and other Christians) of 1915,” said Ishak. Ancestors of the present-day Christians in northeastern Syria fled those massacres.

“There is no trust of Turkey, especially after what Syria and its allied forces did in Afrin in 2018, where they forced religious minorities — Yazidis and Christians — out (of villages and homes) and those who stayed on were persecuted and forced to convert to Islam,” he said.

“The Turkish invasion is expected to be very harsh, not only on the traditional Christian community, but also on the Kurds who have converted in recent years to Christianity and were allowed to openly practice their faith by the self-administration (composed of Kurds and Syriac Christians). These people would be in the most danger because, according to Islamic law, they are to be killed,” Ishak said.

Father Emanuel Youkhana, a priest, or archimandrite, of the Assyrian Church of the East, told CNS by phone from northern Iraq he was expecting a wave of refugees.

“Definitely, many people will try to flee to Iraq, and the borders are expected to be open from the Iraqi side to innocent civilians,” he said.

“It’s crazy, this northeast area was the most peaceful, the most stable of all of Syria,” Father Youkhana said. “Now Turkey has come to destabilize all of that, this is clear.

“Erdogan says he is creating a ‘safe haven’ in northeast Syria to bring Syrian refugees back. Actually, it is a demographic change policy by forcing Kurds, Christians, and Yazidis out and putting Sunni Muslims in their place,” Father Youkhana said.