Vatican confirms election of Msgr. Peter Vaccari to be president of CNEWA 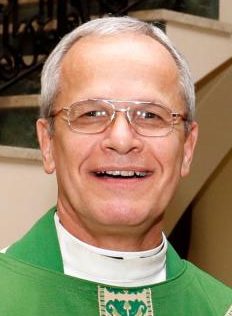 New York Cardinal Timothy M. Dolan, chair and treasurer of the board of trustees of CNEWA/PMP, announced Oct. 22 that the Vatican approved the nomination and election of Msgr. Vaccari, who will assume his responsibilities in the near future.

He will initiate the transition process as vice president Jan. 1 and succeed Msgr Kozar when he retires at a date yet to be determined.

A priest of the Diocese of Brooklyn, New York, Msgr. Vaccari, 67, will conclude his term as Dunwoodie’s rector Dec. 31. Ordained in 1977, he has served as a parish priest, seminary professor, chaplain with the Air Force Reserve.

Prior to becoming rector at St. Joseph’s Seminary in the New York Archdiocese in 2012, he was rector of Immaculate Conception Seminary in Huntington, New York, in the Diocese of Rockville Centre.

Msgr. Kozar, a priest of the Diocese of Pittsburgh, began his tenure as president of CNEWA/PMP in September 2011, after having served as national director of the Pontifical Mission Societies for 10 years.

“A diocesan priest on loan to the missions,” noted Msgr. Kozar.

During his tenure, the priest has encouraged the Eastern Catholic churches — “which CNEWA is privileged to serve” — as these communities “continue in their renewal called for by the fathers of the Second Vatican Council.”

“As I travel throughout CNEWA’s world,” Msgr. Kozar said, “the men and women of these rich communities of faith demonstrate the church at her best, whether by wiping tears from the eyes of abandoned pensioners or in offering the Bread of Life to refugees in a camp.”

An agency of the Holy See, CNEWA/PMP works for, through and with the Eastern churches throughout the Middle East, Northeast Africa, India and Eastern Europe. It has offices in Addis Ababa, Ethiopia; Amman, Jordan; Asmara, Eritrea; Beirut; Ernakulam in the Indian state of Kerala; Jerusalem; New York; and Ottawa, Ontario.

Founded by Pope Pius XI in 1926, CNEWA provides aid to religious sisters caring for orphaned and abandoned children; helps displaced and refugee families; offers maternity and health care for the poorest of the poor; supports the formation and education of seminarians, religious sisters and catechetical leaders; sponsors catechesis programs for children and young adults; and funds initiatives for the marginalized, especially the elderly and disabled.

NEXT: Church faces conflicts with help of Holy Spirit, pope says at audience