Bolivian bishops say Morales’ resignation was not a coup 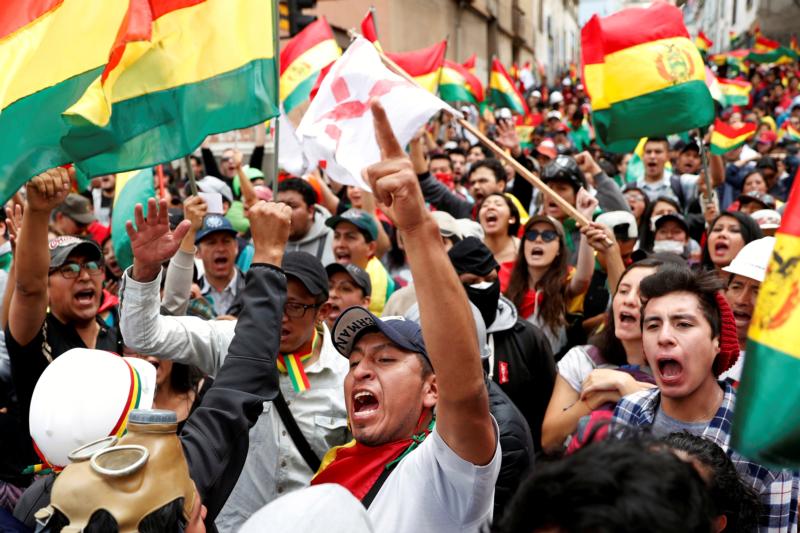 MEXICO CITY (CNS) — Bolivia’s bishops called for calm after the country’s president resigned suddenly in the face of swelling street protests over accusations of electoral fraud. They also insisted the departure of President Evo Morales “is not a coup,” even though the military had urged him to step aside.

“What happened in Bolivia is not a coup d’etat. We say it to Bolivian citizens and to the entire international community,” the bishops said in a Nov. 10 statement, the same day Morales resigned.

“We call Bolivians to peace and to not commit acts of vandalism, revenge or anything for which we might be regretful. We have a grave obligation to defend the lives of all Bolivians,” the statement said.

“We agree in proposing that the Bolivian National Assembly (find) a constitutional and peaceful solution” that includes “carrying out new elections in a way that everyone can express their opinion freely and in peace,” it added.

Morales, 60, Bolivia’s first indigenous president, resigned after the head of the army, Gen. Williams Kaliman, said Nov. 10, “We suggest the president resign … allowing for the pacification and maintenance of stability for the good of our Bolivia.”

Police had mutinied and joined protests in several cities. Protesters ransacked the homes of public officials and, according to Morales, his own residence.

Morales called his removal a “coup,” but said he would resign to calm the country and pointed to his track record in office.

First elected in 2006, Morales’ administration was marked by overseeing a resource boom and putting the proceeds into poverty reduction and infrastructure projects. His rhetoric was reliably anti-American and he allied with Cuba and Venezuela, but analysts credit him with maintaining sound public finances.

Morales, however, wanted to run for a fourth term in 2019, even though it was constitutionally prohibited. He lost a referendum on the topic in 2016, but received a favorable ruling from the country’s Supreme Court and ran anyway, winning in the first round.

After a mysterious stoppage in the vote counting, Morales’ support climbed to the threshold needed to avoid a runoff election.