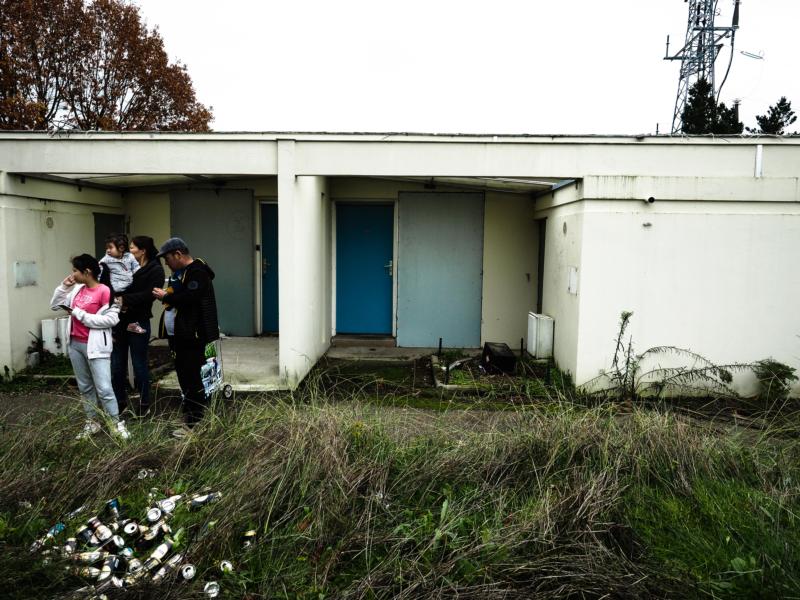 A family is seen Nov. 9, 2019, outside a residence at a poor section in Bordeaux, France.The Brussels-based commission representing the European Union’s Catholic bishops has urged the bloc’s new governing commission that one in five EU citizens now face poverty. (CNS photo/De Jong Alban, ABACA via Reuters)

“Unemployment, adverse economic and working conditions, especially among young people, are affecting millions of families,” the Commission of the Bishops’ Conferences of the European Union said in a joint appeal with Caritas Europe, an umbrella organization for Catholic charitable bodies.

“We encourage the European institutions and member-states to enhance their social policies to combat the structural causes of poverty, promoting integral human development.”

The appeal was issued for the church’s Nov. 17 annual World Day of the Poor, initiated by Pope Francis in 2017 with special Masses and free meals.

The bishops’ commission, COMECE, said almost a fifth of the EU’s population currently lived “in poverty or at risk of poverty,” according to recent data. It called for at least 30 percent of the EU’s European Social Fund, created in 1957, to be earmarked for social inclusion and fighting poverty.

“It is unacceptable that our societies do not adequately support children, who are the group most at risk,” COMECE added. “The EU and its member states should promote decent and stable forms of employment, including for online platform work and hidden self-employment. In the long run, it is necessary to fundamentally rethink the European social model.”

Church groups have repeatedly highlighted growing economic and social disparities across the EU, whose 28 member states have a combined population of 512 million, around half nominally Catholic.

In March, the Brussels-based Conference of European Justice and Peace Commissions said labor costs and conditions varied drastically across the bloc, where social justice was threatened by an unfair distribution of wealth and opportunities. It added that the European Union’s single market had contributed to “an enormous increase in material well-being,” but also needed “an infrastructure for governance in view of the common good” if it was to reflect the church’s social teaching.

In its November appeal, COMECE welcomed proposals for a “European Child Guarantee” that would ensure education, health, decent housing and adequate nutrition for all EU children.

“Pope Francis invites all of us to reflect on the growing inequalities between rich and poor in our societies and their painful consequences,” COMECE said. “We encourage policy makers to enhance the social and civil dialogue in Europe and to sincerely listen to people experiencing poverty in order to shape a more fair, inclusive and person-centered society.”

NEXT: Response to migration is sign of character, pope says in Thailand