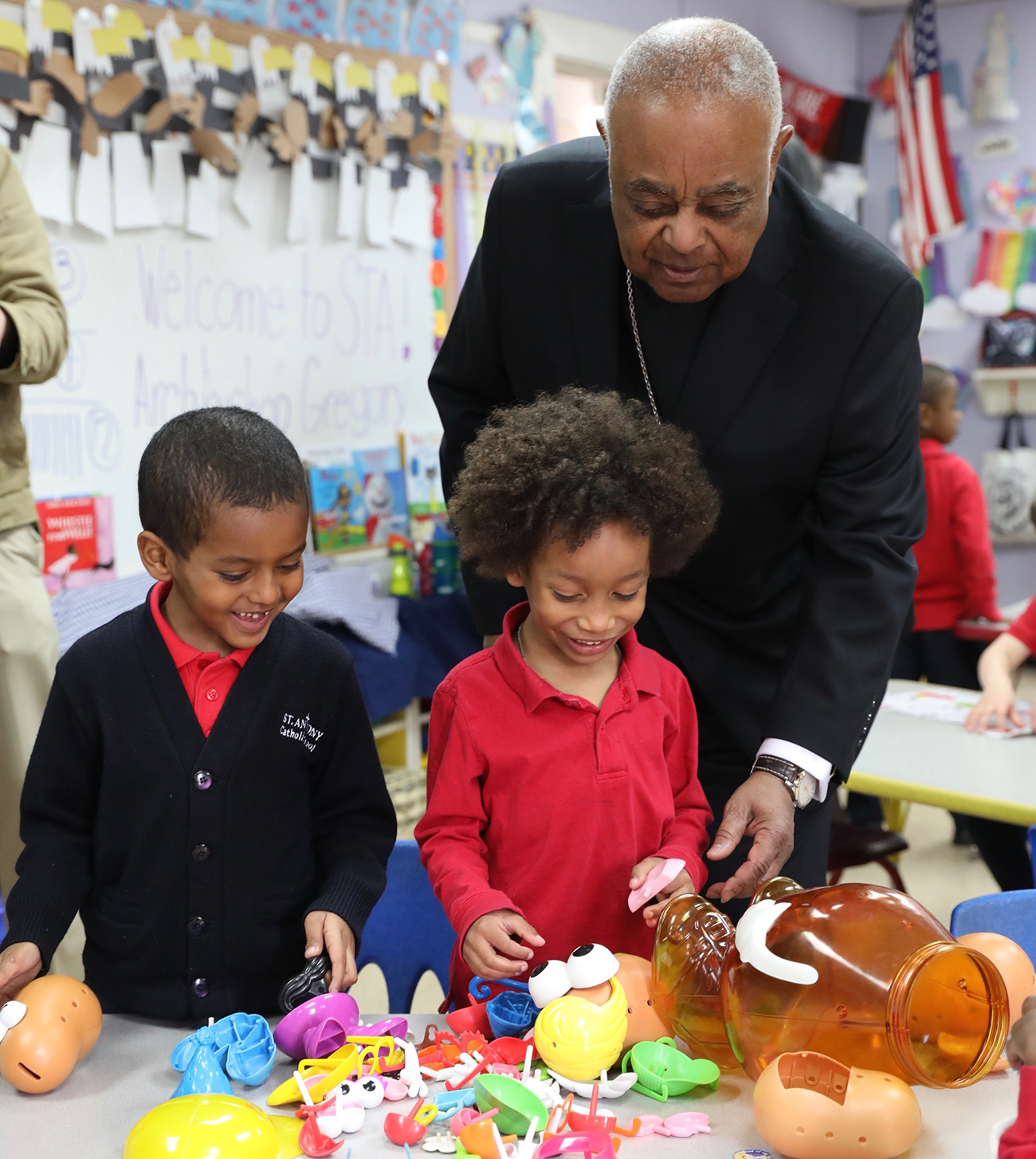 Archbishop Wilton D. Gregory, 71, greets students at St. Anthony Catholic School in Washington April 5, 2019. The school is one of several Catholic schools participating in the D.C. Opportunity Scholarship Program which Congress reauthorized Dec. 19 for another four years as part of the Scholarships for Opportunity and Results (SOAR) Act. (CNS photo/Jaclyn Lippelmann, Catholic Standard)

WASHINGTON (CNS) — The chairman of the U.S. bishops’ Catholic Education Committee applauded the recent decision by Congress to reauthorize scholarship legislation that includes a federal education voucher for nearly 2,000 students in Washington.

The bishop said the Washington voucher program, which is the only program of its kind authorized by the U.S. Congress, reinforces the idea long promoted by the Catholic Church that “parents have the right and responsibility to serve as the primary educators of their children.”

The Archdiocese of Washington has supported the program’s reauthorization and the D.C. Catholic Conference and collaborating organizations mobilized a grassroots campaign to support it.

The D.C. Opportunity Scholarship Program was signed into law in 2003 as part of an initiative to provide new federal funding to public schools and charter schools in Washington and give scholarships to students for families who wanted to send their children to a private school.

Since the program started, nearly 10,000 students have been awarded scholarships. The average income for families with children enrolled in the program is $24,000 per year. The high school graduation rate of participating students is 98 percent, and 86 percent of those enroll in a two- or four-year college or university.

NEXT: With help of crop-duster, Louisiana parish blesses town with holy water