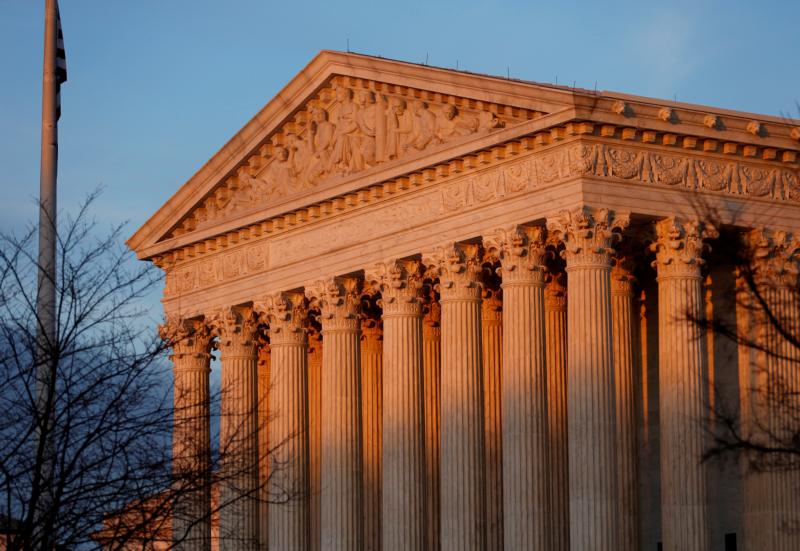 The U.S. Supreme Court agreed Dec. 18, 2019, to take up the combined cases of two California Catholic schools that were sued by fired teachers who claimed they had been victims of job discrimination. (CNS photo/Joshua Roberts, Reuters)

The U.S. Supreme Court agreed Dec. 18, 2019, to take up the combined cases of two California Catholic schools that were sued by fired teachers who claimed they had been victims of job discrimination. (CNS photo/Joshua Roberts, Reuters)

WASHINGTON (CNS) — The Supreme Court will take a deeper dive into laws governing church and state next year when it examines two Catholic school teacher firings.

The court agreed Dec. 18 to take up the combined cases of two California Catholic schools that were sued by teachers they had fired who claimed they had been victims of job discrimination.

In these two cases, federal district courts ruled in favor of the schools, citing ministerial exception. But two separate panels of the U.S. Court of Appeals for the 9th Circuit reversed these decisions, saying the limited extent of the employee’s religious duties were insufficient to qualify for a ministerial exception that was more often applied to those with roles of religious leadership.

In a Dec. 18 statement, the firm said: “Most courts have ruled that ministerial employees are those employees who perform important religious functions, like instructing young children in the precepts of the Catholic faith,” adding that the 9th Circuit in these cases “rejected this widely accepted rule.”

“Parents trust Catholic schools to assist them in one of their most important duties: forming the faith of their children,” said Montserrat Alvarado, vice president and executive director at Becket. “If courts can second-guess a Catholic school’s judgment about who should teach religious beliefs to fifth graders, then neither Catholics nor any other religious group can be confident in their ability to convey the faith to the next generation.”

The cases involve St. James School in Torrance and Our Lady of Guadalupe School in Hermosa Beach.

At St. James School, former fifth grade teacher, Kristen Biel said she was fired after informing school administrators that she had breast cancer and would have to take time off for surgery and chemotherapy. She sued under the Americans with Disabilities Act of 1990. Biel died this summer, but her husband is seeking damages. Becket said that in 2015, the school chose not to renew Biel’s one-year contract based on classroom performance.

Our Lady of Guadalupe School did not renew the contract in 2013 for Agnes Morrissey-Berru, who had taught both fifth and sixth grades since 1999, saying she had a problem keeping order in her classroom and meeting expectations under a new reading program. Morrissey-Berru sued, alleging age bias under the Age Discrimination in Employment Act of 1967.

The 2012 decision these schools are essentially standing on is Hosanna-Tabor Evangelical Lutheran Church and School v. Equal Employment Opportunity Commission where a teacher at a Lutheran school in Michigan said she was fired for pursuing an employment discrimination claim based on a disability.

In its ruling, the court said the ministerial exception to anti-discrimination laws meant that religious organizations couldn’t be sued for firing an employee classified as a minister.

In the two Catholic school cases coming before the court likely in March or April, the court will have to determine whether the school employees served a ministerial function in their teaching positions.

The National Catholic Educational Association, in a friend-of-the-court brief in support of St. James School filed in February 2019, disagreed with the 9th Circuit’s decision that the teacher was not a minister. The brief stressed instead that Biel, as the school’s only fifth grade teacher, “bore particular responsibility for effectuating — and embodying — the integral formation that is distinct to Catholic schools.”

The group also said the appeals court panel’s conclusion was “irreconcilable with four centuries of Catholic educational practice in America.”

PREVIOUS: Sainthood sought for Catholic teacher of those with disabilities

NEXT: New trade deal a step up, Catholic leaders say