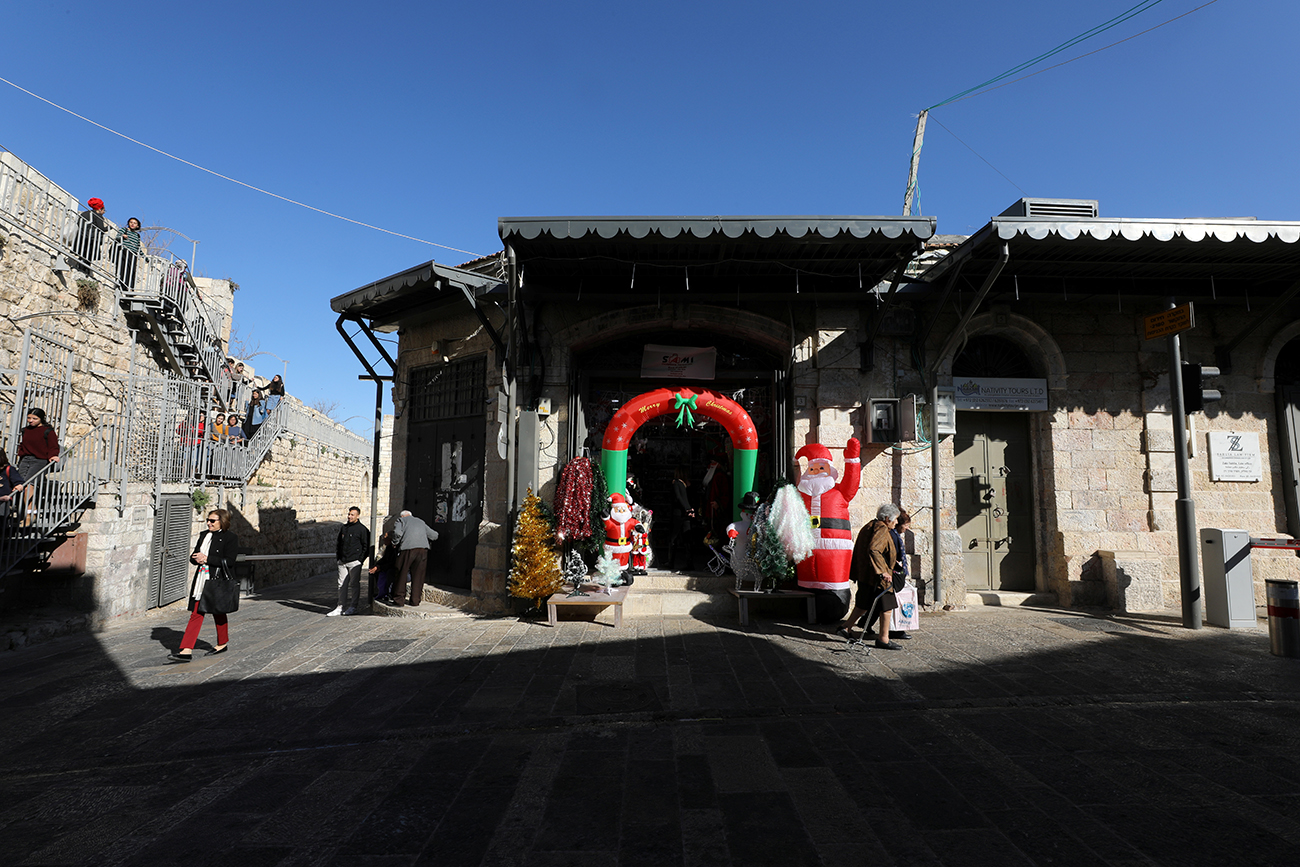 JERUSALEM (CNS) — Christmas is a reminder of the redemption granted by God, despite encounters with sins such as war, injustice and overconsumption, said the patriarchs and heads of churches in Jerusalem in their joint Christmas message.

“As a human person, Jesus experienced our humanity so that we might be transformed into his likeness. Jesus himself experienced homelessness, being a refugee,” they said in the message, released Dec. 21. “He also faced threats and ultimately death. However, the heavenly message of peace, joy and love was louder than any other voice.”

“Jesus’ birth brought hope and life to the people. The name of Jesus offers salvation and newness of life,” they added.

Today’s world “encounters sin in different forms” that affects people’s humanity in relation to God, one another and all creation, they said.

“War and injustice, estrangement and oppression, destruction and overconsumption are some forms of sin and evil that enslave our humanity,” they said. “The celebration of the birth of Christ is a constant reminder of the redemption that God has granted us by transforming all forms of evil and sin into wholeness and fullness of life.”

They prayed that the Christmas season would bring justice to all people and offered support and prayers for the Christian presence in the Middle East.

“We pray with all people throughout the world, particularly our people of the Holy Land and the wider Middle East, that this Christmas will bring joyful news of peace, justice and reconciliation to all nations,” they said. “May the Prince of Peace transform the evil and sin in our world into light and wholeness of life.”

Meanwhile, the Assembly of Catholic Ordinaries of the Holy Land condemned the burning of public Christmas trees Dec. 21 in two villages in Galilee.

“We regret and are angered that two Christmas trees in the Galilee villages of Jdeideh and Makr were burned last night by unknown persons,” they said in their Dec. 22 statement. “We do not know if the attack is in the context of the violence that the local community witnessed recently or because of racist or other motives, but what we do know is that the Christmas tree that symbolizes life has been burned by some who believe in the culture of death.”

They said they were confident that life is stronger than death and the overwhelming majority of people advocate life.

“We appeal to everyone to condemn this attack, and we demand the security services to bring the perpetrators to justice as soon as possible,” they said in the statement.

PREVIOUS: Legionaries report ‘chain of abuse’ as victims went on to abuse others

NEXT: Grenade blast outside Philippine cathedral might have targeted military