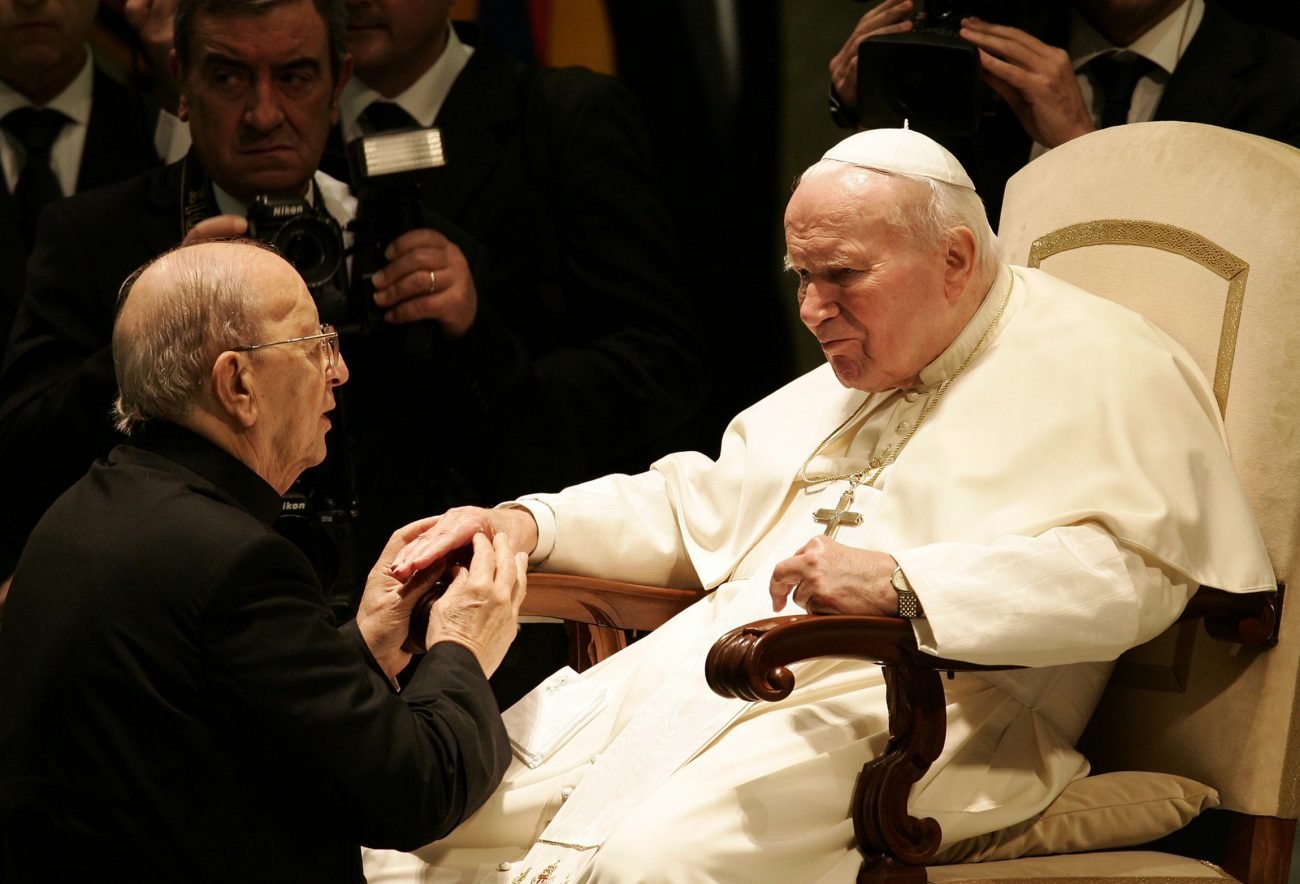 Pope John Paul II blesses Father Marcial Maciel Degollado, founder of the Legionaries of Christ, at the Vatican in 2004. The Rome-based headquarters of the Legionaries released a report Dec. 21 that the late priest sexually abused at least 60 minors and that at least another 51 youngsters were abused by Father Maciel’s victims or victims of his victims. (CNS photo/Tony Gentile, Reuters)

ROME (CNS) — Demonstrating a strong “chain of abuse,” the Legionaries of Christ said its founder, the late Father Marcial Maciel Degollado, sexually abused at least 60 minors and that at least another 51 youngsters were abused by Father Maciel’s victims or victims of his victims.

The Rome-based headquarters of the Legionaries released a report Dec. 21 looking at the “phenomenon of abuse of minors” by members of the order from its founding in 1941 through December 2019.

The commission that drafted the international report “identified 175 minors as victims of sexual abuse committed by 33 priests of the congregation” in the 78 years since the order’s founding, according to “available records.” The commission noted, however, that it “does not claim that its study could have discovered all cases” or that all victims have come forward.

“The vast majority of the victims were boys between the ages of 11 and 16,” the report said.

The report found that 111 of the 175 victims — more than 63% — “were either victims of Father Maciel or were victims of his victims.”

Since its founding, the Legionaries said, “1,353 priests were ordained in the congregation, 367 of whom either since left or have passed away.” The 33 sexually abusive priests represent 2.4% of all those ordained. 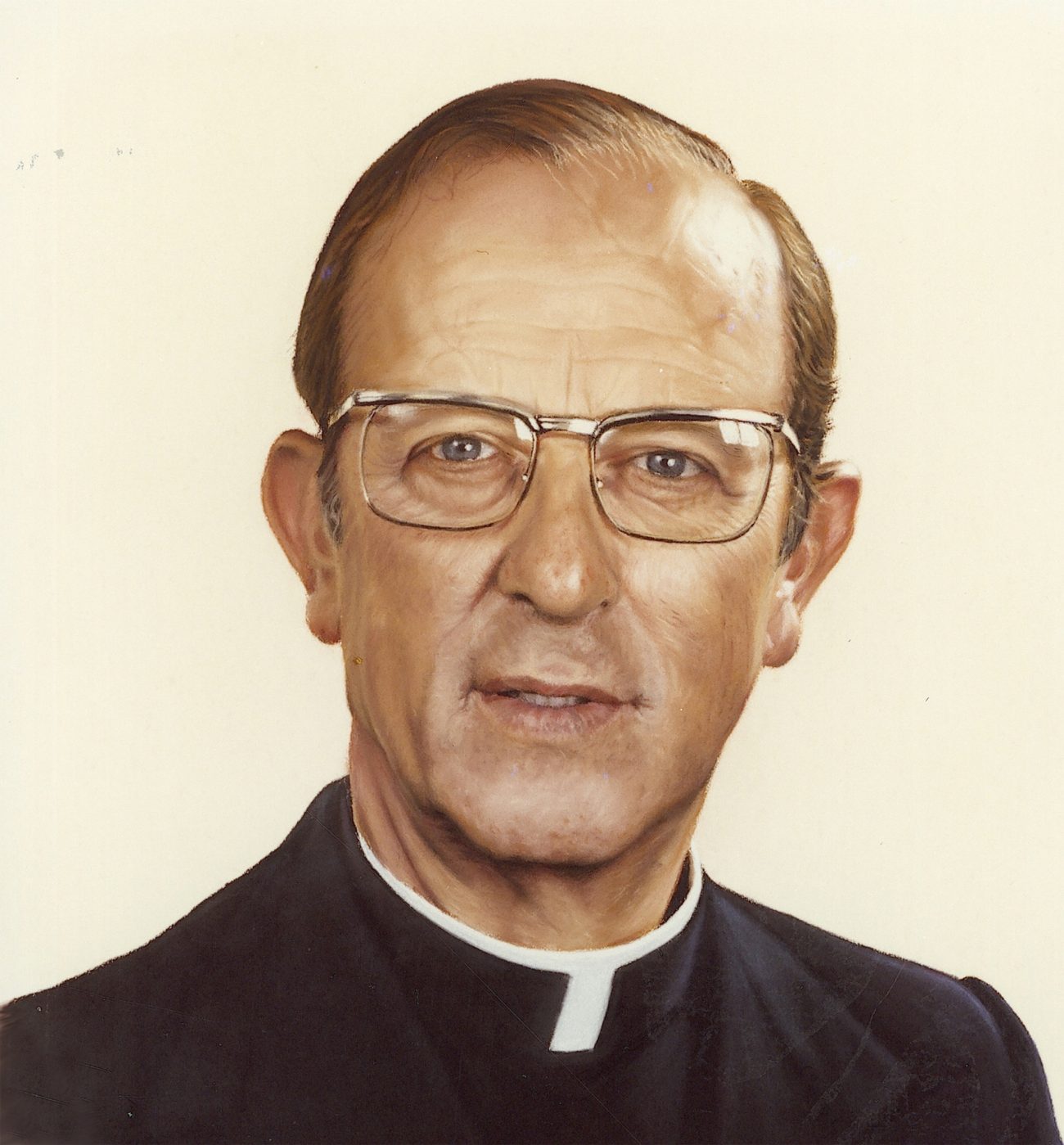 Of the 74, it said, 60 never became priests of the order. The report did not give statistics on how many of the 60 decided to leave and how many were ejected from the order, although it said “most” of them were dismissed.

“Of the 14 who were ordained, two have since passed away, two have restrictions, four are under investigation, and six are no longer under the jurisdiction of the congregation,” the report said. “According to the historical records, of the three that were ordained after 2005, the superiors admitted them to ordination without knowledge of the facts.”

The report makes a distinction between what happened before and after 2005. After the Vatican re-opened an investigation into decades-old claims that Father Maciel was a serial abuser, the Mexican-born priest stepped down as head of the Legionaries in January 2005.

When then-Cardinal Joseph Ratzinger was elected Pope Benedict XVI four months later, he accelerated the investigation and, in 2006, ordered Father Maciel to cease all public ministry and withdraw to “a life of prayer and penance.” At the time, the Legionaries continued to support Father Maciel’s claims of innocence.

The report on abuse within the Legionaries acknowledged that members became “aware, in a slow and painful process, of the abuses Father Maciel committed and of the consequences they had on the congregation.”

At least twice — in 2016 and again in February — Pope Francis has told reporters that Pope Benedict was the reason Father Maciel finally was dealt with after decades of allegations, including some made in the 1950s.

Pope Benedict tenaciously investigated the allegations and insisted “there was a need to clean the church’s dirt, the garbage,” Pope Francis said in 2016.

In February, flying back from Abu Dhabi, Pope Francis again spoke about Pope Benedict’s efforts to fight clerical sexual abuse. In his remarks, he did not mention the Legionaries of Christ, but it was widely presumed he was speaking of Father Maciel’s case.

As prefect of the doctrinal congregation, the pope said, then-Cardinal Ratzinger “had all the papers, all the documents, about a religious organization that had internal sexual and financial corruption.”

His efforts, Pope Francis said, were repeatedly blocked. After finally being able to present a report to St. John Paul II, Cardinal Ratzinger returned to his office and “said to his secretary: ‘Put it in the archive, the other party won.'”

“We must not be scandalized by this, they are steps in a process,” Pope Francis told reporters.

Finally, when Pope Benedict succeeded St. John Paul, “the first thing he said was: ‘Bring those papers from the archive,'” and he began the process that removed Father Maciel from ministry, Pope Francis said.

The Legionaries’ report said 14 of the 33 priests who abused others were themselves abused in the order.

The order’s minor seminaries “were the most vulnerable environment” for abuse to occur, both by priests and by other seminarians, it said. Those institutions were a major focus when “safe environment policies” were implemented, beginning in 2015.

“We deplore and condemn the abuses committed in our history, as well as those institutional or personal practices that may have favored or encouraged any form of abuse or re-victimization,” the order said. “We ask forgiveness of the victims, their families, the church and society for the grave harm that members of our congregation have caused.”

“Because of differences in national legislation and due to the ethical considerations at play, the report does not include a list of the names of priests who have credible allegations of abuse of minors,” the report said. But “the Legion of Christ in the United States has decided to publish its list, according to the practice of several dioceses and religious congregations.”

Two of the four Legionaries on the U.S. list have since died: Brother Francisco Cardona, who allegedly abused students at Immaculate Conception Apostolic School in Center Harbor, New Hampshire, in the 1980s; and Father Guillermo Izquierdo, who abused young men while novice director in Cheshire, Connecticut, in 1982-1993.

A third member, Father Benjamin Cieply, has been dismissed from the order, the Legionaries said, explaining “there is a high probability that he sexually abused a minor in 2016 during his probationary period in the Archdiocese of Miami. He was removed from ministry and his case was referred to the Congregation for the Doctrine of the Faith. Judgment is still pending.”

The fourth is Fernando Cutanda, a former Legionaries priest, who, like Brother Cardona, “abused students during his tenure as a formator at the Immaculate Conception Apostolic School, in Center Harbor, New Hampshire, in the 1980s.”

PREVIOUS: Pope sets term of office for dean of College of Cardinals