Indian cardinal says religion should never be basis for citizenship 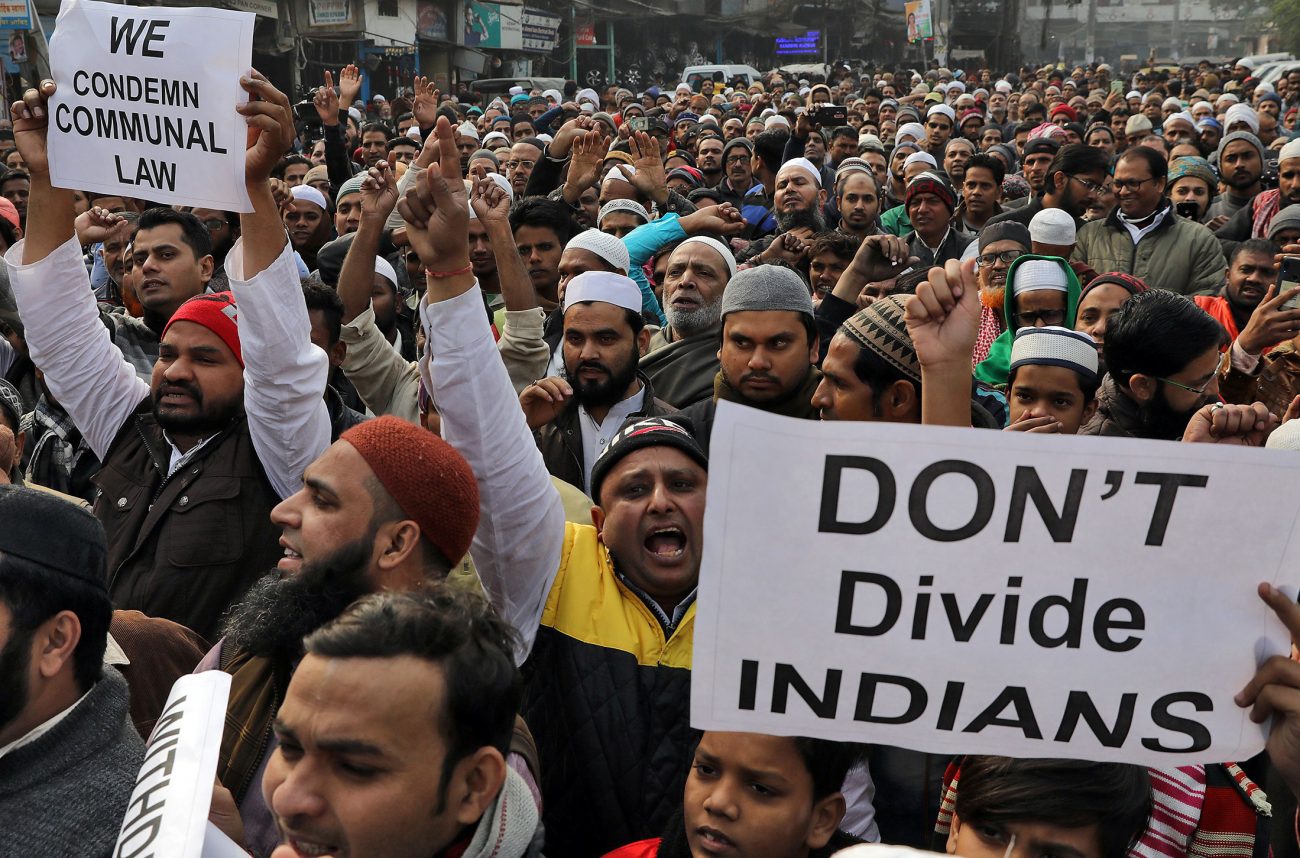 THRISSUR, India (CNS) — As India continued to experience violent protests against a controversial citizenship law, Cardinal Oswald Gracias of Mumbai said citizenship should never be based on a person’s religion.

“The ongoing controversy and demonstrations and counterdemonstrations concerning the Citizenship Amendment Act (are) a cause of great anxiety for all citizens and could harm the country,” Cardinal Gracias, president of the Catholic Bishops’ Conference of India, said in a statement emailed to Catholic News Service Dec. 27.

At least 24 people have died throughout India since Dec. 4 in protests against the act, which has since been signed into law. The law permits Hindus, Christians and other religious minorities who are in the country illegally to become citizens if they can show they were persecuted because of their religion in Muslim-majority Bangladesh, Pakistan and Afghanistan. It does not apply to Muslims.

The law had been pushed by Indian Prime Minister Narendra Modi, who has espoused staunch nationalist views, and the pro-Hindu Bharatiya Janata Party, which runs the government.

Cardinal Gracias, a member of Pope Francis’ Council of Cardinals, cautioned that “there is a danger that there could be a polarization of our peoples along religious lines, which is very harmful for the country.”

“There is no harm in backtracking, changing course if this is necessary for the good of the country and our people,” the cardinal added. “The time of Christmas is a time for peace, justice and unity. These values which our Lord brought to humankind in Bethlehem should be paramount in our hearts and minds at this time.”

Cardinal Gracias urged the government to meet with opponents of the law to reach an agreement “about the way forward with justice, equity and fairness.”

As dozens of Christians were among those arrested for joining street protests nationwide, regional bishops’ councils, individual bishops and priests delivering Christmas homilies also spoke against the law.

“The discrimination on the basis of religion envisaged in the Citizenship Act and National Register of Citizens is against secularism and democratic values,” the Kerala Catholic Bishops’ Council said Dec. 18.

Latin-rite Archbishop Maria Soosa Pakiam of Trivandrum, India, said in a statement the legislation has “created fear among the people,” adding that it “would break the secular and democratic credentials of the country.”

He said it would be unfair for India to create exclusions in “a democratic and secular country like ours … as everyone deserves to be considered as equals.”

Several prominent Catholics, including Jesuit Father Cedric Prakash, a human rights activist based in Gujarat, lay activist John Dayal in New Delhi and Father Anand Mathew, a member of the Indian Missionary Society, were among thousands of protesters detained Dec. 19 by police.

“Jesus was born with questionable identities of citizenship, place of origin and even parenthood,” Jesuit Father George Pattery, president of the Jesuit Conference of South Asia, said in his Christmas message.

“In fact (Jesus) was born in a makeshift manger while his ‘parents’ were struggling to get themselves registered according to the newly introduced and unquestioned Citizenship Amendment Act of Augustus Caesar,” Father Pattery said, drawing a parallel to the Indian law.

“The response of the BJP government to the protests is shocking,” Father Mathew told CNS Dec. 27 from outside the jail in Varanasi, as he waited to meet friends who had been imprisoned for a week.

“Ours was a peaceful protest, and there was no confrontation with the police,” said the priest, who runs social action programs. “However, 60 of us were taken to the police station and our names were listed. When we were taken to the jail and the names were called out, my name was missing. So, I was lucky to be left out and could celebrate Christmas. But my friends are still inside jail and the court is on holidays.”

Varanasi is in Uttar Pradesh state, under BJP rule, and has reported most of the two dozen deaths of protesters.

“To think that only Muslims will be affected by the CAA is to live in a ‘fool’s paradise,'” said Father Prakash.

“There are millions of undocumented people all over the country: the poor and the marginalized. How can these people produce documents to prove their ancestry? This is a ‘divide and rule’ ploy meant to unleash hegemony by the powerful, the rich, the upper castes,” the priest said.

He charged that the Indian government aims to “ostracize and alienate” Muslims in an attempt to “move toward the establishment of a Hindu nation state.”

“Dealing with the Christians and other minorities will be child’s play after that,” he said.