Indonesia to deploy 160,000 people to protect churches for Christmas 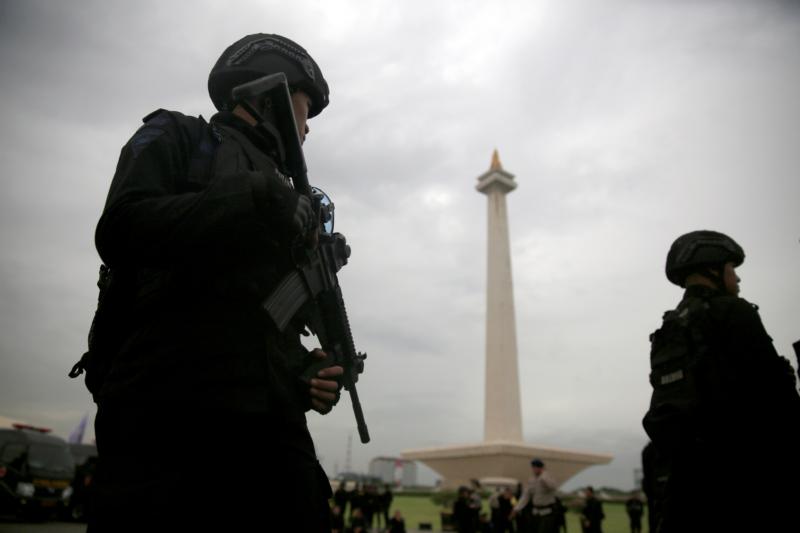 This is an increase from last year, when nearly 90,000 security personnel guarded about 50,000 churches across the country.

An official of the National Police Traffic Corps told journalists that police, military personnel and members of government agencies will guard churches and vital tourism sites during the celebrations.

“These are our targets which we need to focus on. We want to make sure that everything will run peacefully there,” he said.

Stanislaus Riyanta, an intelligence analyst from the University of Indonesia in West Java province, said authorities should not let their guard down in light of recent attacks in the country.

He pointed to a bomb attack on a police headquarters in Medan in North Sumatra in November and the stabbing of the Indonesian security minister a month earlier. The latter attack was attributed to a local terror outfit linked to the Islamic State group.

At St. Mary Immaculate Parish in Indonesia’s second-largest city, Surabaya, Fransiskus Xaverius Ping Tedja, coordinator of the parish security desk, said the church would be provided with metal detectors. In May 2018, two brothers blew themselves up, killing a parishioner and a police officer.

Besides working with police and military, he said the church would work with an Islamic youth movement.

The head of the youth movement said about half of the group’s 7 million members “stand ready to help guard churches during the celebrations.”