Iraqi patriarch appeals for aid to Christians in Ninevah Plain 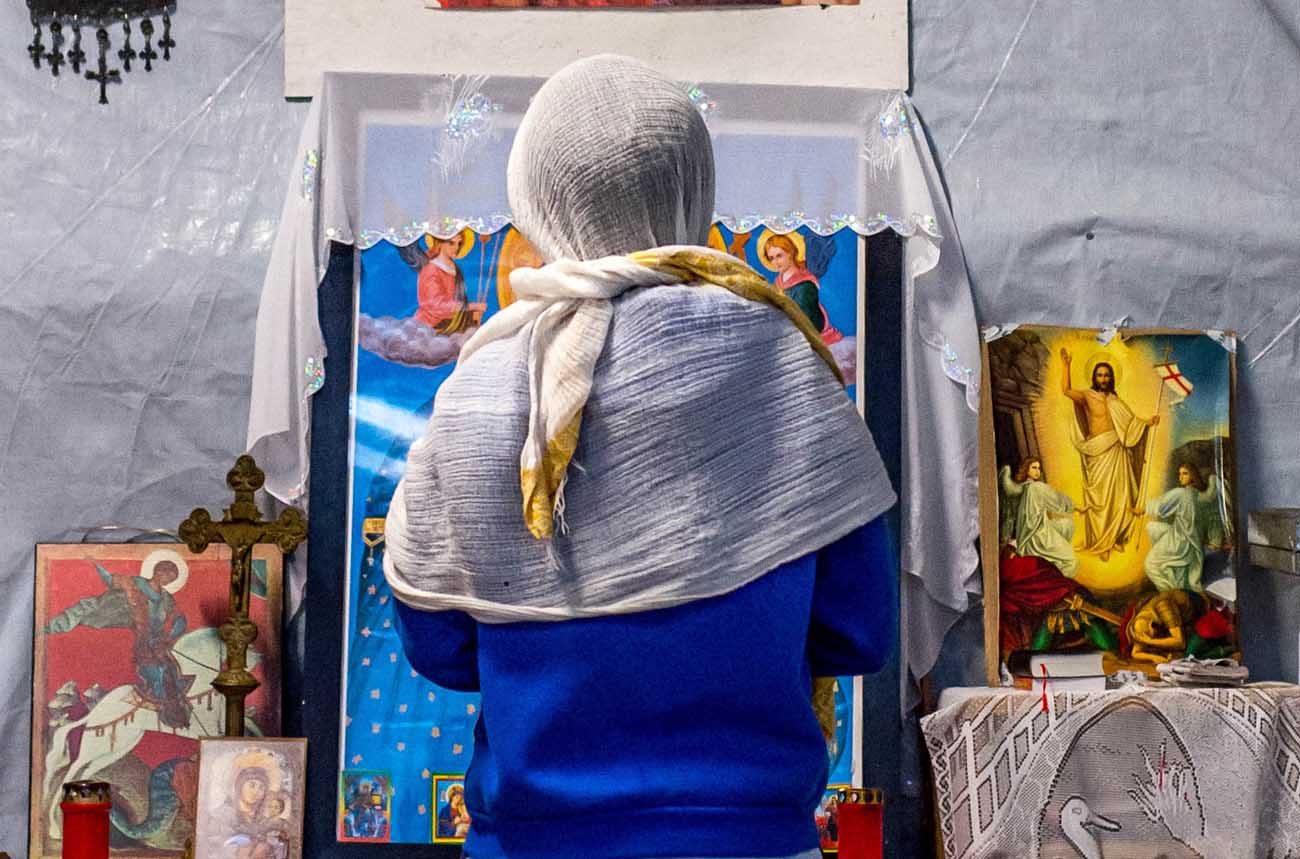 In 2015, an Iraqi refugee from the Ninevah Plain region prays Christmas day at a camp in Calais, France. (CNS photo/Stephanie Lecocq, EPA)

BEIRUT (CNS) — Cardinal Louis Sako, Chaldean Catholic patriarch, has appealed for Christian relief in the towns of the Ninevah Plain, the historical cradle of Christianity in Iraq.

“It is still so painful to remember” the 2014 attack by the Islamic State, or IS, that forced Christians to leave their homes and was followed by the looting and destruction of houses, churches, schools and more, Cardinal Sako said from the patriarchate in Baghdad Dec. 7.

“The only consolation for us at that time was to find a reliable support from different parts of the world,” he said, noting that social institutions and nongovernmental organizations helped the churches and “energetically contributed to the return of Christians in this region.”

But, two years after its liberation from Islamic State militants, the Ninevah Plain area “still needs the help of our brothers and sisters who can pray and give us a hand,” so that people can remain in their homes and those who have been displaced “can return and live in dignity,” he said.

The defeat of Islamic State from the region “does not mean that there is no need to help its inhabitants anymore,” Cardinal Sako said.

On the contrary, there is “a crucial need” to help young people secure their future in their homeland and for a comprehensive health service, from small clinics to hospitals, he said.

The cardinal called for a focus on restoring life to the Ninevah Plain through encouraging agriculture, trade and other projects. Such initiatives could be achieved in cooperation with church teams, he said.

Noting that “the future of Iraqi Christians passes through Ninevah Plain,” Cardinal Sako urged “all Christians of the world” to pray for them during Advent.

“Whether we are descended from the mountains of northern Iraq, or are residents of Baghdad or Basra, each of us, as an Iraqi Christian, feels that the Ninevah Plain is part of his or her being,” he said.

PREVIOUS: Venezuelan refugees finding jobs in Brazil, thanks to Catholics

NEXT: Bethlehem family feels the pull of living in the town of Jesus’ birth