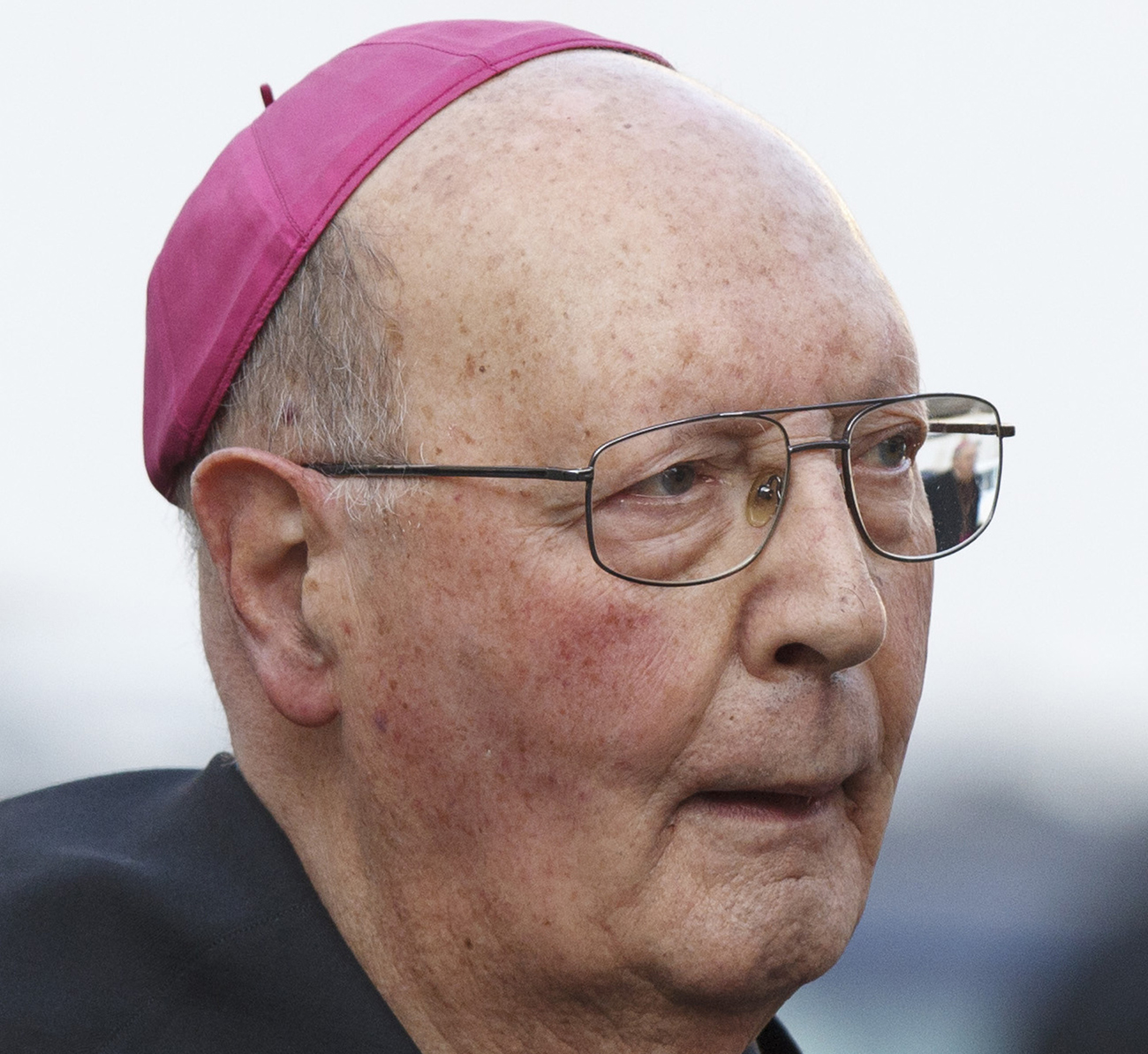 Maltese Cardinal Prosper Grech is seen in this 2012 file photo, just before he was named a cardinal. He died Dec. 30 at age 94. (CNS photo/Paul Haring)

VATICAN CITY (CNS) — Maltese Cardinal Prosper Grech, an Augustinian priest and expert on the fathers of the early church, died Dec. 30 at the Santo Spirito Hospital near the Vatican. He was 94.

In a message of condolence to the prior general of the Augustinians, Pope Francis said he always had “great esteem” for the cardinal, “both because of his personal witness of Christian and consecrated life, as well as for his exemplary service to the formation of new generations, especially of priests.”

Cardinal Grech’s funeral was scheduled for Jan. 2 in St. Peter’s Basilica with Cardinal Giovanni Battista Re, vice dean of the College of Cardinals, presiding. Pope Francis was scheduled to lead the rite of final commendation at the end of the funeral Mass.

The cardinal was a “wise and compassionate religious” with a “great sense of humor and humanity,” said a statement released Dec. 30 by the bishops of Malta: Archbishop Charles Scicluna, Auxiliary Bishop Joseph Galea-Curmi and Bishop Mario Grech, apostolic administrator of Gozo.

Although he already was over 80 and therefore ineligible to vote in the conclave to elect a successor to Pope Benedict XVI in March 2013, the cardinals chose him to give the first meditation inside the Sistine Chapel when they gathered for the election.

Five months later, the Vatican newspaper published the text of Cardinal Grech’s talk, which included reminders of the importance of presenting the Catholic faith in its entirety, the need to recognize the errors of church members and the need for unity within the Catholic community.

The church is called to proclaim the kingdom of God and the good news of salvation through Christ, he told his fellow cardinals. “The church does this presenting the Gospel without shortcuts, without diluting the word.”

Listing threats to the Catholic Church, the cardinal first cited a general lack of understanding of church teaching. But he also saw a gathering storm of threats to the church’s unity. “Between ultra-traditionalist extremists and ultra-progressive extremists, between priests rebelling against obedience and those who don’t recognize the signs of the times, there always will be the risk of small schisms that not only damage the church, but go against the will of God,” he said.

The church’s mission also is threatened by the evil and criminal behavior of some of its members, especially priests, he had said. In facing the clerical sexual abuse crisis, “the church must humble itself before God and men and try to uproot the evil at any cost.”

“Today many people are not able to come to believe in Christ because his face is obscured or hidden behind an institution that lacks transparency,” he had told the cardinals.

Stanley Grech was born in Birgu, Malta, Dec. 24, 1925. He took the name Prosper when he entered the Augustinians in 1943. He was ordained to the priesthood in 1950 at Rome’s Basilica of St. John Lateran.

In 1965, he was appointed dean of the new Augustinian Theological Institute in Rome, which operated under the auspices of the theology faculty at the Pontifical Lateran University. In 1969, the future cardinal founded the “Augustinianum” Institute for Patristic Studies, where he served as dean from 1971 until 1979.

On Jan. 6, 2012, Pope Benedict XVI announced he was making Father Grech a cardinal. The cardinal-designate was ordained a bishop one month later and was created a cardinal Feb. 18, 2012.

Cardinal Grech’s death leaves the College of Cardinals with 223 members from 90 countries; 124 of the cardinals are under the age of 80 and therefore eligible to vote in a conclave to elect a new pope.

NEXT: Put the phone away and talk to each other, pope urges families