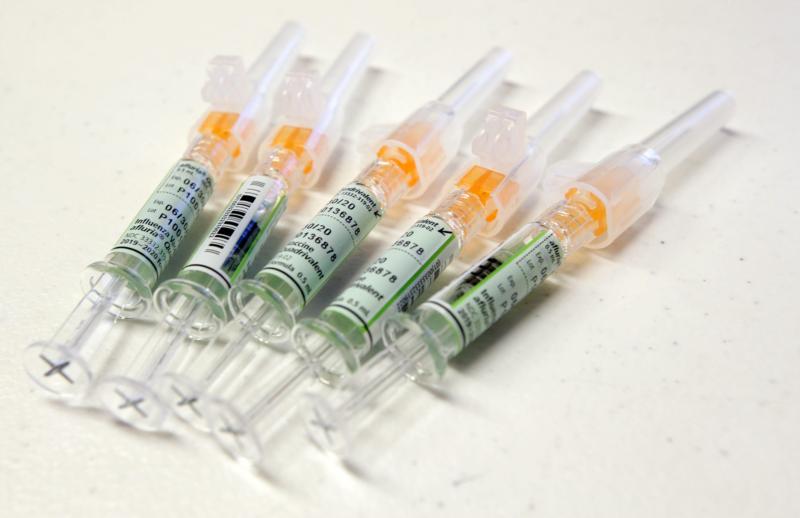 WASHINGTON (CNS) — The flu season is here and dioceses across the country are taking precautions to avoid spreading illness.

The steps outlined by at least three dioceses are designed to minimize contact among the faithful in order to reduce the possibility of transmission of an influenza virus.

The dioceses of Portland, Maine, and Allentown, Pennsylvania, and the Archdiocese of Santa Fe, New Mexico, are among those that have implemented a change in practices during Masses beginning the weekend of Jan. 11-12.

The changes include asking people who are sick to refrain from attending Mass and stay home.

“When individuals are ill, they are not bound by the Sunday Mass obligation. Encouraging people who are at risk to stay away from large church gatherings is an extra step intended to maintain their health,” the Diocese of Portland said in its directive.

The changes primarily involve the reception of holy Communion and greetings during the sign of peace at Mass.

Santa Fe Archbishop John C. Wester, Portland Bishop Robert P. Deeley and Allentown Bishop Alfred A. Schlert have urged — but not required — people to receive Communion in the hand, the norm in the United States under the General Instruction of the Roman Missal.

“This will limit contact with saliva and the potential spread of the influential virus,” the Santa Fe Archdiocese’s directive said.

People who insist on receiving the Eucharist on the tongue have been asked to wait until the end of the distribution of Communion so that possible virus transmission is limited.

The three dioceses also have suspended reception of Communion from the cup.

“In those parishes where the reception of holy Communion is given under both forms, parishes are asked to use this as a catechetical moment to reinforce the church’s constant teaching that the entire body, blood, soul and divinity of Christ is present in the sacred host,” the Diocese of Allentown said in a notice in The A.D. Times, the diocesan newspaper.

In addition, all extraordinary minister of holy Communion are being required to sanitize their hands before and after distribution the Eucharist.

During the sign of peace, worshippers have been asked to simply nod or offer a verbal greeting to their neighbors in church rather than shake hands or hug.

Hospitality ministers and church greeters in the Portland Diocese also were being asked to welcome Massgoers with a simple verbal greeting and to refrain from shaking hands.

“Parishioners should not hold hands during the Our Father,” the diocese’s directive added. Santa Fe echoed the request.

A final precaution offered by the Portland Diocese involved the removal of sponges that are occasionally use in holy water fonts.

All of the dioceses said the protocols will remain in effect until the flu threat passes. Parishes will be notified when they are lifted.

The precautions are similar to those taken during past flu outbreaks.

NEXT: Former cardinal moves from Kansas friary to new location