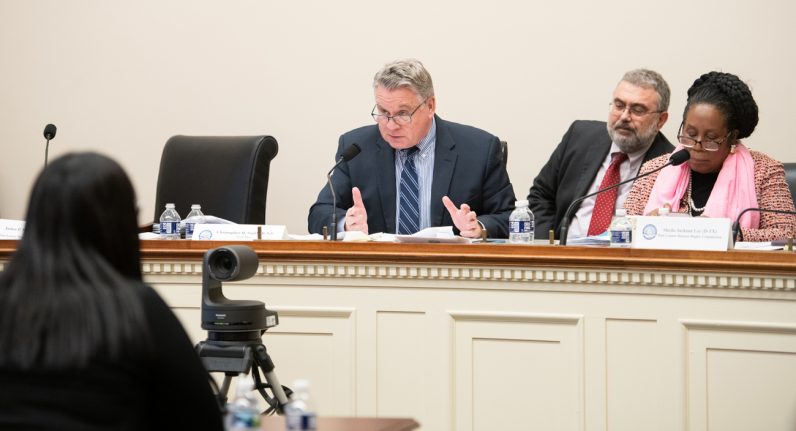 WASHINGTON (CNS) — On the 20th anniversary of the signing of the Trafficking Victims Protection Act, a Jan. 15 hearing to celebrate the act cited numerous successes — including the passage of four subsequent bills to further clamp down on trafficking — but noted work yet to do to keep both children and adults safe from others who would exploit them for sex or cheap labor.

Rep. Christopher Smith, R-New Jersey, co-chair of the House’s Tom Lantos Human Rights Commission, said few in Congress signed on when he first sponsored the bill. “For most people at that time — including lawmakers — the term ‘trafficking’ applied almost exclusively to drugs and weapons, not human beings,” he said.

The act, Smith said, included a number of “sea change” provisions, “including treating as a victim — and not a perpetrator of a crime — anyone exploited by a commercial sex act who had not attained the age of 18 and anyone older where there was an element of force, fraud or coercion.”

He added, “Thousands of human traffickers have been prosecuted and jailed pursuant to the Trafficking Victims Protection Act including all charges brought against (billionaire financier) Jeffrey Epstein (who committed suicide in his jail cell before trial) and the infamous convictions involving the ‘Smallville’ actress Allison Mack.”

Smith, who chaired the hearing, said the law “is working as intended. In just over two years, the U.S. government has notified foreign governments of the planned travel of 10,541 covered sex offenders to their countries. As of July, 3,681 individuals who were convicted of sex crimes against children were denied entry by these nations.” 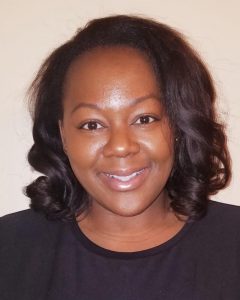 Reciprocity is another feature of the law, as other countries now notify the U.S. government if a convicted sex offender is planning to travel from their nation to the United States, Smith said.

Limnyuy Konglim, head of the International Catholic Migration Commission’s U.S. Liaison Office in Washington, testified that “faith-based actors” play a “critical role” in protecting both communities and individuals. Konglim said her commission’s work is “inspired by the holy Bible, as well as by the ongoing teaching and tradition” of the church.

Partnering with local groups, the ICMC has worked since 1999 to “prevent and respond to human trafficking, provide direct assistance to survivors, conduct international advocacy on behalf of those most vulnerable to human trafficking, and train border officials to strengthen identification of trafficked victims and increase prosecution of traffickers,” Konglim said. “We continuously and actively engage with our faith-based partners to ensure that the needs of affected communities are identified and appropriate services are sought.”

She lauded last year’s pastoral orientations on human trafficking issued by the Vatican, as well as Pope Francis’ leadership on the issue. “We are facing a global phenomenon that exceeds the competence of any one community or country,” the pope said. Therefore, he added, “we need a mobilization comparable in size to that of the phenomenon itself.”

Trafficking issues, though, persist both in the United States and worldwide.

Rep. Jim McGovern, D-Massachusetts, the other co-chair of the Tom Lantos Commission — named after the only Holocaust survivor to serve in Congress — criticized the Chinese government’s treatment of ethnic minorities, singling out Tibetans and Uighur Muslims, estimating there are 1 million Uighurs in government-run camps.

Witness Neha Misra, a senior specialist in migration and human trafficking for the Solidarity Center, a project of the AFL-CIO that deals with labor rights around the world, said similar problems exist in Indonesia, although the perpetrators tend to be companies and not government. Still, “items made from their forced labor appear on grocery and retail shelves” in the United States, she said.

Liat Shetret, a senior adviser at cryptocurrency compliance tools provider Elliptic, said traffickers are now turning to “privacy coins” to evade scrutiny. She cautioned, though, against banning privacy coins, saying it would be akin to “shooting ourselves in the foot” as other nations, especially China, are developing their own cryptocurrencies.

Lori Cohen, executive director of ECPAT-USA — originally known as End Child Prostitution and Trafficking — testified that while women and girls are most commonly thought of as the victims of human trafficking, the phrase “and boys” also must be added.