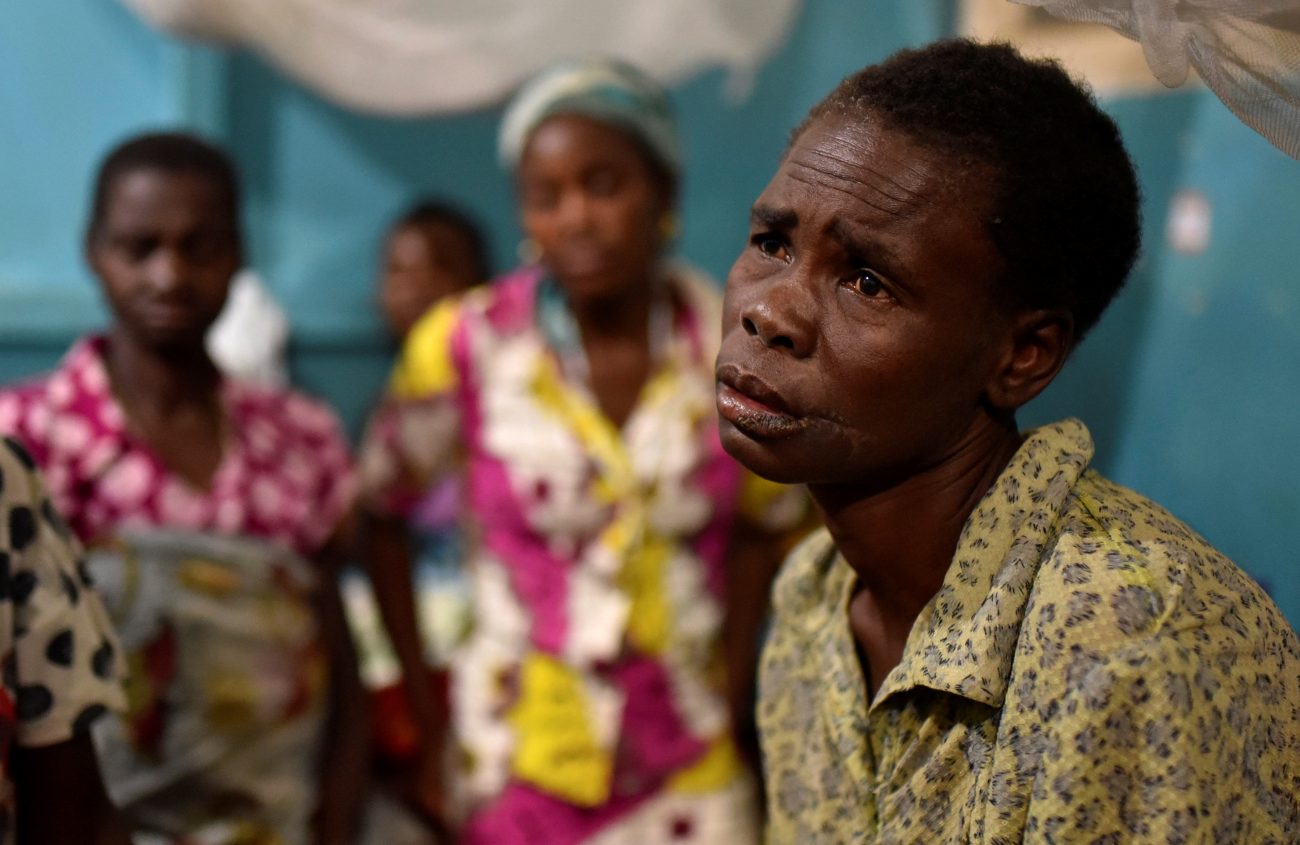 A victim of ethnic violence rests inside a ward at the hospital in Bunia, Congo, June 25, 2019. A year after Congolese President Felix Tshisekedi took office pledging democracy and stability, the nation’s Catholic leaders are warning that the country faces a breakup in the face of prolonged violence. (CNS photo/Olivia Acland, Reuters) See CONGO-BISHOPS-WARN Jan. 8, 2020.

OXFORD, England (CNS) — A year after Congo’s new president pledged to restore democracy and stability, the country’s Catholic leaders said the country faces being broken up by prolonged violence.

Msgr. Andre Massinganda, deputy secretary-general of the Congolese bishops’ conference, told Catholic News Service that the church was concerned with “how to bring peace to those areas where war continues, and how to end the killings and massacres so people can live safely again.”

Earlier, Cardinal Fridolin Ambongo Besungu of Kinshasa, conference vice president, visited conflict-torn North Kivu province and warned that the country planned to “Balkanize” the country, as had happened when the Balkans were divided along ethnic lines.

Msgr. Massinganda told CNS Jan. 8 the Catholic Church would continue urging those in power “to apply themselves to the search for peace.”

“We’ve been in a state of war for 20 years now; while there have been moments of relative calm, the country has never been under control,” he said. “The Congolese government has its army, and a multilateral force is deployed nationwide. But we’re still beset with deep-seated problems.”

A statement on the Congolese bishops’ website said Cardinal Ambongo had visited eastern Congo Dec. 27-31 at the request of Bishop Melchisedech Sikuli Paluku of Butembo-Beni to “comfort populations bruised by atrocities.”

The statement said the cardinal had taken a message of support from Pope Francis to local people and had been shocked by the continued massacre of civilians and “absence of state authority.”

However, he added that the “democratic changeover of power” could not be celebrated while people were still dying in eastern Congo.

“I witnessed close-up the unacceptable misery of a traumatized and morally enfeebled population, of empty villages and abandoned fields,” said the cardinal, whose remarks were carried on the bishops’ website. “These are calculated, planned acts, whose regularity clearly reveals the objective is the Balkanization of our country.”

The Kivu-based Centre of Study for the Promotion of Peace, Democracy and Human Rights (CEPADHO) said in early January that more than 240 civilians had died in the region since Oct. 30, with at least 20 more killed in Beni during Cardinal Ambongo’s visit by an Islamist group, Allied Democratic Forces.

The Butembo-Beni Diocese’s Justice and Peace Commission said Dec. 19 the combination of increased massacres and “waves of immigration” suggested “a precise program for the occupation of native lands by groups not from the area.”

Cardinal Ambongo said people of Rwandan and Ugandan origin were being settled in homes abandoned by the indigenous population, while the Congolese army had been infiltrated by foreign fighters, causing “frustration and anger” among local inhabitants.

He added that action should be taken to protect Congo’s eastern frontiers, to prevent further mass arrivals.