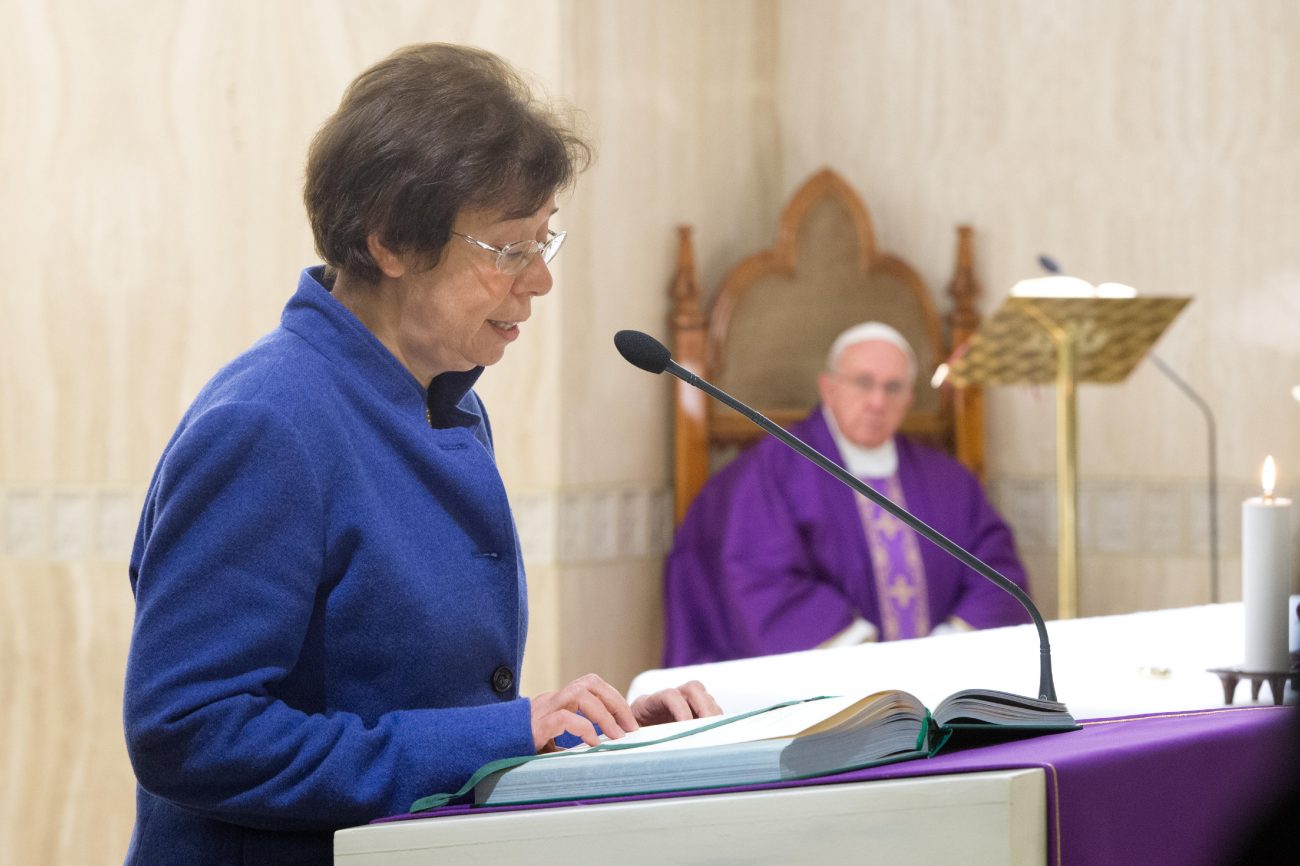 Pope Francis named Francesca Di Giovanni, a longtime Vatican official, as an undersecretary in the Vatican’s foreign ministry office, making her the first woman to hold a managerial position at the Vatican Secretariat of State. She is pictured in an undated photo with Pope Francis. (CNS photo/Vatican Media)

VATICAN CITY (CNS) — Pope Francis named Francesca Di Giovanni, a longtime Vatican official, as an undersecretary in the Vatican’s foreign ministry office, making her the first woman to hold a managerial position at the Vatican Secretariat of State.

The Vatican announced Jan. 15 that within the Vatican Secretariat of State’s Section for Relations with States, Di Giovanni will head the multilateral sector, which deals with intergovernmental organizations and multilateral treaties.

With the new appointment, the Vatican foreign ministry, led by Archbishop Paul J. Gallagher, will have two undersecretaries. Di Giovanni will serve as undersecretary alongside Msgr. Miroslaw Wachowski, who will continue to work in the area of bilateral diplomacy.

In an interview with Vatican News published shortly after the announcement, Di Giovanni said that there had been a need for an undersecretary for the multilateral sector, but “I sincerely never would have thought the Holy Father would have entrusted this role to me.”

“It is a new role and I will try to do my best to live up to the Holy Father’s trust, but I hope not to do it alone,” she said. “I would like to count on the harmony that has characterized our working group so far.”

Born in Palermo, Di Giovanni earned a law degree and began working as an official at the Section for Relations with States in 1993, focusing her work on issues such as “migrants and refugees, international humanitarian law, communications, private international law, the status of women, intellectual property, and tourism,” the Vatican said.

While acknowledging that her appointment was “an unprecedented decision” by Pope Francis that “represents an indication of an attention toward women,” Di Giovanni said that her new responsibilities were connected to her work “rather than to the fact of being a woman.”

As the first woman to hold a managerial position within the Vatican Secretariat of State, Di Giovanni said she hopes her role will “contribute to the realization of the Holy Father’s vision” of women being “fully included in decision-making processes.”

“A woman may have certain aptitudes for finding commonalities, healing relationships with unity at heart,” she said. “I hope that my being a woman might reflect itself positively in this task, even if they are gifts that I certainly find in my male colleagues as well.”

NEXT: Vatican wartime archives ready for new batch of scholars