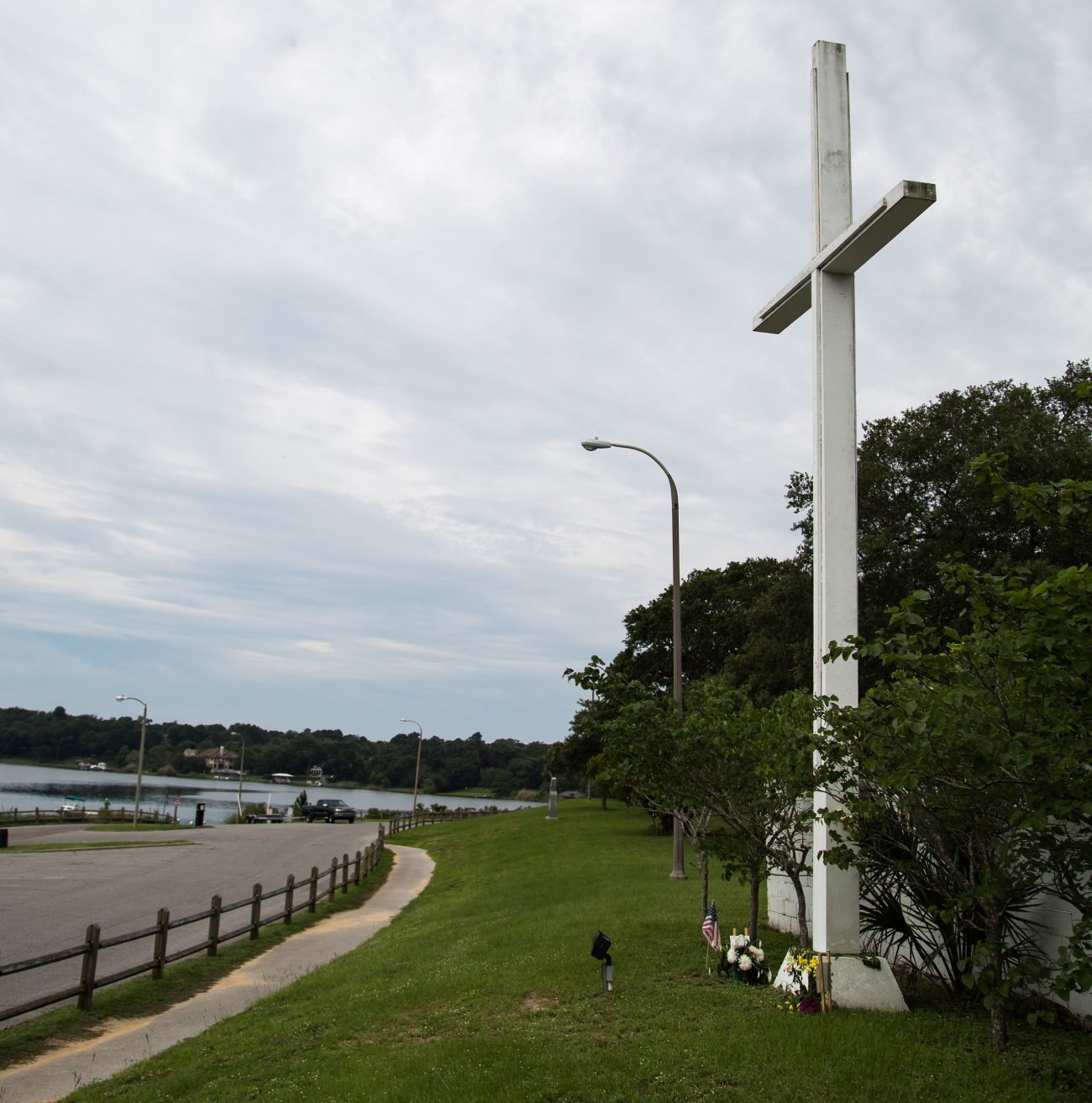 A federal appeals court ruled Feb. 19, 2020, that this World War II-era cross can remain standing in Pensacola, Fla. The 11th U.S. Circuit Court of Appeals said the 34- foot Latin cross does not violate the Establishment Clause of the Constitution, based on a similar ruling last year by the Supreme Court on a Maryland cross. (CNS photo/Becket)

WASHINGTON (CNS) — Reversing its previous decision, a federal appeals court ruled Feb. 19 that a World War II-era cross can remain standing in a park in Pensacola, Florida, based on the Supreme Court’s decision last year about a similar cross on public property in Maryland.

The 11th U.S.Circuit Court of Appeals said Florida’s 34-foot Latin cross does not violate the Establishment Clause of the First Amendment to the Constitution.

Circuit Judge Kevin Newsom, writing for the three-judge panel, said the cross “has evolved into a neutral” symbol.

Becket, a nonprofit religious liberty law firm that represented Pensacola in this case, argued that the cross, built in 1941, had become “a significant symbol for the Pensacola community.”

In 2018, the same appeals court upheld a lower court ruling that said the cross in the city’s Bayview Park had to be removed because it violated the Establishment Clause.

The city took the case to the U.S. Supreme Court, which was considering a similar dispute involving a peace cross in Bladensburg, Maryland. Last year, the Supreme Court ruled that the Maryland cross did not violate the Establishment Clause. After that ruling, it vacated the appeals-court ruling in the Pensacola case and sent it back for reconsideration.

“The Supreme Court has now made clear that religious symbols are an important part of our nation’s history and culture,” Luke Goodrich, vice president and senior counsel at Becket, said in a statement.

The Pensacola cross was built as the U.S. prepared to enter World War II and the park was meant to be a place for the community to unite. The cross, which was initially wooden, was replaced by a concrete version in 1969. The surrounding park has been used for Easter sunrise services, Veteran’s Day and Memorial Day programs and other gatherings.

“Pensacola is a city with a rich and diverse history. The Bayview Cross is an important part of that history as a symbol of our community’s coming together during a national crisis,” said Grover Robinson, mayor of Pensacola. “We are pleased by the court’s ruling in this case, and today we celebrate our long-awaited victory and the preservation of the Bayview Cross.”

In the Supreme Court’s decision last year on the Maryland cross, Justice Samuel Alito wrote in the court’s ruling that although the cross “has long been a preeminent Christian symbol, its use in the Bladensburg memorial has a special significance” paying tribute to soldiers who died in World War I.

He said this cross should be seen in the same “historical context” as the white crosses marking the overseas graves of soldiers who had lost their lives in that war and that removing the memorial “would be seen by many not as a neutral act but as the manifestation of a hostility toward religion that has no place in our Establishment Clause traditions.”

“Of course, it remains to be seen what happens in later litigation, but religious symbols may well be OK in public education and elsewhere,” saying this ruling could have “an impact on the many cases in schools where religious symbols such as the cross, a creche and student-painted religious murals have been banned.”

And just two months after the Supreme Court’s decision on the peace cross was issued, a federal appeals court said a Pennsylvania county could keep the image of a cross on its official seal because it was not an endorsement of religion.

The unanimous ruling by the 3rd U.S. Circuit Court of Appeals in Philadelphia said it was following a precedent set by the U.S. Supreme Court with the Maryland cross.

“Courts are not to focus solely on the religious component in challenged government displays; they should consider the overall message conveyed and the broader context in which the display appears,” the ruling said.