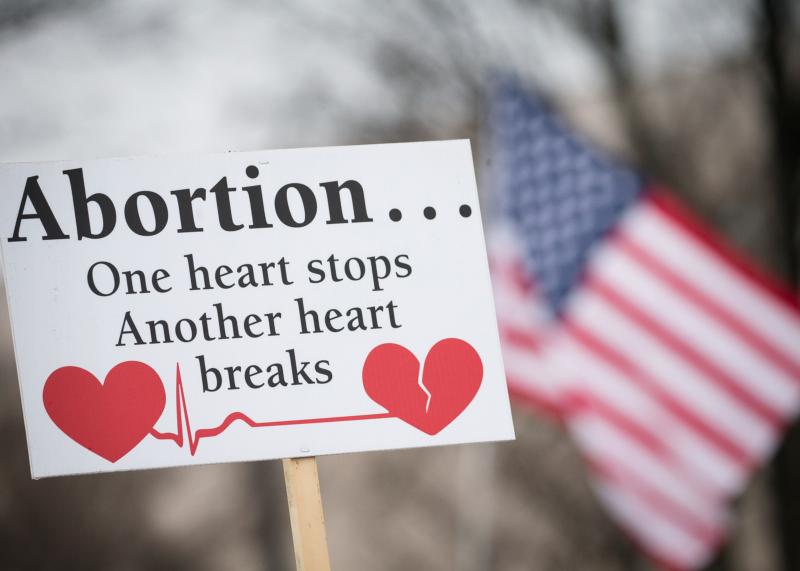 A pro-life sign is displayed during the 2019 annual March for Life rally in Washington Jan. 18. Florida’s Catholic bishops applauded that state’s Feb. 20 bill to require parental consent for girls under 18 who seek abortions, except in cases of abuse, incest or similar endangerment.  (CNS photo/Tyler Orsburn)

TALLAHASSEE, Fla. (CNS) — Florida’s Catholic bishops Feb. 20 said a bill passed by the Legislature requiring girls under 18 to get a parent’s consent before having an abortion is “common-sense legislation” and they look forward to Gov. Ron DeSantis signing it into law.

Their statement was issued the same day the Florida Legislature passed the bill, which includes an exception allowing a girl to ask a judge for a waiver from the required parental consent in cases of abuse, incest or when involving a parent could cause more harm than allowing the procedure.

“Parental consent is required prior to a minor’s medical treatment in most every instance, this includes simple medical interventions such as taking an aspirin or getting one’s ears pierced,” said a statement from the Florida Conference of Catholic Bishops, the public policy arm of the state’s bishops.

“This legislation is a common-sense measure that holds abortion to the same consent requirements as most every other medical decision involving a child,” it said.

The bishops praised Florida lawmakers “for advancing this pro-life legislation, in particular its sponsors, Sen. Kelli Stargel, a Republican from Lakeland, and Rep. Erin Grall, a Republican from Vero Beach, “who took on the difficult task of guiding it through the committee process and onto the floor of the Senate and House.”

“We also commend the Democratic lawmakers who courageously crossed party lines and voted to ensure vital protections for parents and their children,” the bishops said.

Ingrid Delgado, associate director for social concerns/respect life at Florida’s Catholic conference, said in a statement: “Standards that relate to children’s health care should apply especially in the context of abortion, which critically affects the lives of two children.”

“Abortion entails an irreversible decision that is life altering for the pregnant child and life ending for the child in the womb,” she added.

NEXT: Leap year’s extra day has a Catholic origin