In hopes of healing, abuse survivor shares his story 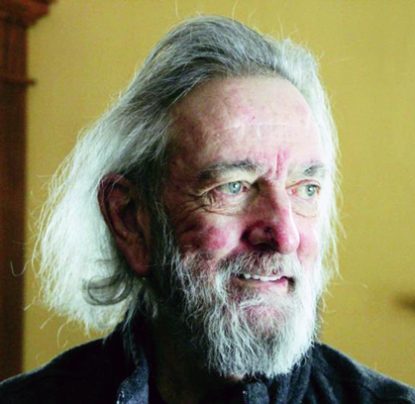 Michael Callaghan, a victim-survivor of clergy sexual abuse, pictured in a Feb. 2, 2020, photo, is helping the Archdiocese of St. Paul and Minneapolis address the issue and bring about healing. Callaghan’s own healing took a big step forward after he saw the movie “Spotlight” in 2015. (CNS photo/Dave Hrbacek, The Catholic Spirit)

The Academy Award-winning fact-based drama detailing the clerical abuse scandal in Boston moved Callaghan deeply and continues to drive him to help the healing process in the Archdiocese of St. Paul and Minneapolis.

“I watch that movie every six months or so,” said Callaghan, 70. “Everyone should see that movie.”

Within weeks of seeing the film, he was making his way to leaders of the archdiocese to share his story and offer help.

Staff members of the archdiocesan Office of Ministerial Standards and Safe Environment listened to and affirmed him, and invited him to convene with a group of priests and laypeople in early 2019 to discuss how the archdiocese can address clergy sexual abuse. The first two meetings took place in his south Minneapolis home.

He has met with Archbishop Bernard A. Hebda of St. Paul and Minneapolis over the last year or so, both individually and with others involved in the archdiocese’s overall restorative justice effort. During one recent meeting, Callaghan recalled the archbishop looking at him and saying, “We need you.”

Callaghan was a young adult when he was abused multiple times by a priest in another diocese. He has shared his experiences with leaders in the Minnesota archdiocese, including Tim O’Malley, director of ministerial standards and safe environment. The simple fact that they wanted to sit down with him has made a big difference in his journey of healing.

“Once you have people listen to you and affirm you, it is another breath of fresh air” in the healing process, he told The Catholic Spirit, the archdiocesan newspaper. “Let’s get the past healed up, which I think I’m right there (in doing). But to me, it’s more about going forward.”

Going forward will be tough for him, though. In July, he went to the Mayo Clinic in Rochester, Minnesota, to address a problem with his liver. After a week’s worth of tests, doctors told him he had advanced liver cancer and only months to live.

He said he feels fine now except for being tired. In the fall, he made a trip to Assisi, Italy, and spent several days at a monastery praying for the Catholic Church, hoping to capture the spirit of St. Francis and bring home the inspiration to further his volunteer work with the archdiocese. Archbishop Hebda helped arrange the trip.

One thing that’s on Callaghan’s heart is renewal of the church worldwide, all the way up to Pope Francis.

“I do believe the church is in crisis,” said Callaghan, who belongs to St. Albert the Great Parish in Minneapolis with his wife, Kristine Kubes. “We’re in a time where we need our pope to initiate something for ongoing healing. We need to rebuild because, I’ll tell you, there are many Catholics that I know personally who are no longer practicing because of this issue.”

He has a suggestion for Pope Francis, which he put in a letter and mailed to the Vatican in spring 2019.

“We need our chief shepherd, the pope, to call a time — worldwide — of Catholics to get on their knees and beg for forgiveness and repent,” he said. “The archbishop really liked (the letter). He added a separate letter of his supporting my credibility.”

Callaghan has not yet received a response from the Vatican, but he continues to distribute the letter to other church leaders. He even dropped one off at the Vatican when he went to visit Rome after his retreat at Assisi.

Callaghan said he is open to speaking publicly, either to an audience or to anyone wanting to hear his story. One spiritual concept is sure to be a part of his message: forgiveness.

“For survivors, I think that’s a huge hurdle,” he said. “How do you forgive someone who totally took advantage of you?”

For Callaghan, telling his story to family members, close friends and church leaders, including Archbishop Hebda, has been a pathway to healing.

Forgiveness is “a longer journey for some and shorter for some,” he said. He’s worked at forgiveness “a little at a time.”

Callaghan is encouraged by what he sees happening in the St. Paul and Minneapolis Archdiocese in the overall effort of healing. He thinks current leaders “are doing a great job,” and looks forward to their continued efforts not only to heal the wounds of abuse here, but to spread the good work nationwide.

“Thank God, the light is starting to shine” on the issue of clergy sexual abuse, he said. “We’re going to drive evil back to hell and rebuild the church.”