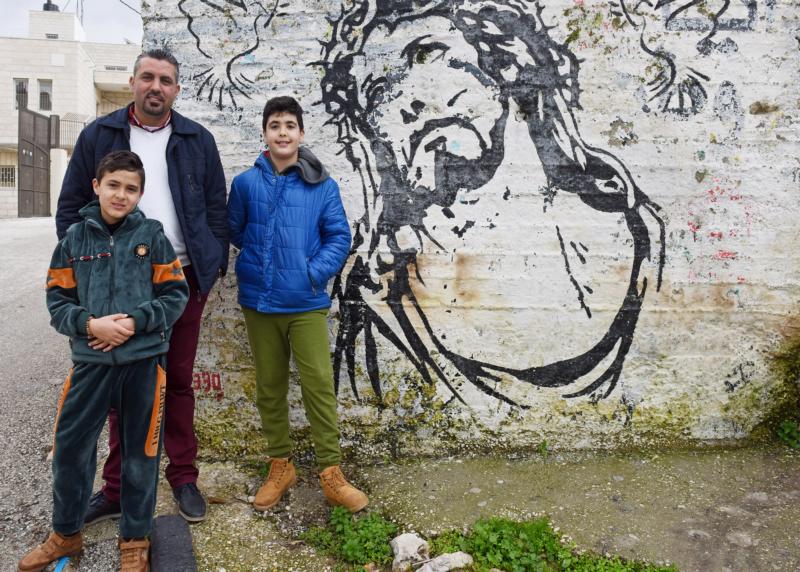 ABOUD, West Bank (CNS) — The pews at the Our Lady of Seven Sorrows Church were full Feb. 2, as children led a procession for the feast of the Presentation of the Lord and received candles from Father Firas Aridah.

Watching their children, parents of the parish said the announcement of U.S. President Donald Trump’s “deal of the century” peace plan did not bode well for their future.

“We’d like to have a better future for our children, but I am afraid of the future,” said Boutrous Fawadleh, 50, an English teacher at the Latin Patriarchate school in Aboud and the father of three boys, ages 14, 11 and 4. “What kind of life will it be for them?”

Mostly, parents told Catholic News Service, they were concerned about how the plan would further whittle away their freedom of movement on a day-to-day basis and increase Israeli control over their lives.

Already blocked by an Israeli checkpoint at the entrance to the village, they said they worried that with the tacit permission for land annexation by what they said was a one-sided proposal, more checkpoints and more settlements would be built around Aboud, making daily life even more of a struggle.

“Before we had hopes, now we have no hopes,” Fawadleh said. “Even before this plan, people were suffering; with these measures there will be more checkpoints, more Israeli military presence, more settlements.”

Among other aspects of the plan announced Jan. 28, Trump proposed the recognition of Israeli sovereignty over West Bank settlements, creating Israeli enclave communities in the heart of the West Bank while promising the possibility of a future independent Palestinian state under certain conditions.

This, Fawadleh joked grimly, would create a Palestinian state map impossible for schoolchildren to draw.

The village of Aboud, surrounded by the three Israeli settlements and closed in by the Israeli separation barrier, would be included in one of these enclaves.

Located between Ramallah and Jerusalem, Aboud — population 2,000 — has had thousands of square meters of land already confiscated by Israel.

“Where is the dignity in this plan? There is no dignity, no human rights, (it) is just thinking of the Jewish people and the state of Israel and negating the rights of a whole other people on the other hand,” said Father Aridah, adding that he was concerned that more young Palestinians would want to leave as their lives became more difficult.

Annexation of land in the West Bank and Jordan Valley will increase tensions and demonstrations, which could become violent, Fawadleh said.

Israel says the checkpoints and military patrols in the area are necessary for security reasons to protect settlers, who have been targets of drive-by shootings and other attacks by Palestinians.

Louy Fawadleh, 40, is a psychologist and a member of the same large extended family as Boutrous Fawadleh. The younger Fawadleh said that, every day, he and his wife travel some 30 miles to their jobs in Ramallah, and he often has to travel to other West Bank cities for his work. Often it takes more than double the time it should to get home because of the checkpoints, he said.

Just a few days earlier, he said, they were nearing a checkpoint and heard Israeli soldiers exploding something at the side of the road. They did not know what it was, and his wife became frightened and began to tremble and cry, he said.

“Imagine feeling this way just going home from work. It is a feeling you can’t explain,” he said.

The father of three boys, ages 12, 9 and 6, Louy Fawadleh said he was already beginning to worry about the basic issue of what he would do when his sons had to cross checkpoints to get to the Christian high school in Ramallah.

“Teenage boys are especially inspected at the checkpoints, so they are more in danger,” he said, shortly after the end of the Mass. “But as a Christian I love to pray, and I have the strong internal belief that one day, even it is not soon, there will be peace here.”

Thaira Naseem, 37, a science teacher, said she was not interested in politics. She simply wants to be able to take her 13-year-old son to his soccer practices in Ramallah and to his matches in other cities without being fearful of the Israeli checkpoints — which can be put up without notice — and to be able to make it to her own graduate classes at nearby Bir Zeit University on time.

“My son’s practice is from 7 to 9 p.m. in Ramallah and that means we drive back to Aboud at night. Sometimes, I am afraid to drive that dark road at night,” she said. “I just need a good future for my children.” 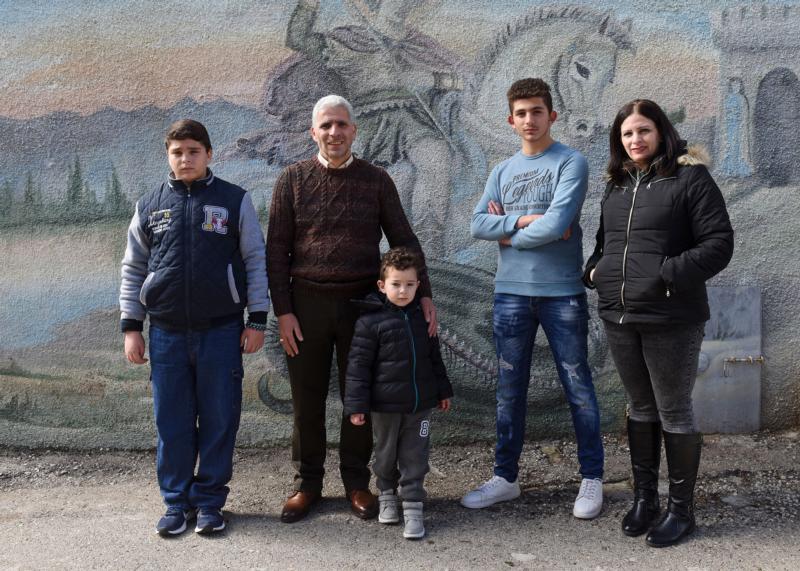 Boutrous Fawadleh and his wife, Samar, pose for a photo with their sons after Mass Feb. 2, 2020, in Aboud, West Bank. (CNS photo/Debbie Hill)