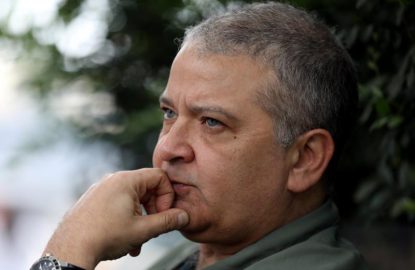 In an interview with Peruvian radio station Radio Santa Rosa March 9, Cardinal Barreto said that while “there are good people in Sodalitium,” the cases of sexual and physical abuse, as well as financial irregularities, cannot be ignored.

“Personally, I think that when a religious organization has committed a crime, because it has to be said that way — from the point of view of sexual abuse and the economic side where there are also problems — it has to be dissolved,” he said.

“The fundamental problem is that the founder — and I say this which much pain and sorrow and I have said it on another occasion — is a perverted person, and such a person cannot transmit the holiness of life that Pope Francis himself has expressed in one his apostolic exhortations,” he said.

A 2017 internal investigation found that Luis Fernando Figari, who founded Sodalitium Christianae Vitae in 1971 and headed it until 2010, and three other high-ranking former members abused 19 minors and 10 adults.

“My personal position — and I believe that some share this decision that I insist upon — is that this religious organization must be dissolved and that those within (the movement) can definitely be helped so that they can live with an authenticity of life,” the cardinal said.

The proposal to dissolve Sodalitium, he added, is something “that many are talking about. And it is not that Pope Francis and many representatives of the Holy See disagree (with it) but rather that we are on that path.”

When questioned as to why the church has not taken a tougher stance against Figari or Sodalitium, Cardinal Barreto said that, unlike priests and bishops, who can have their authority removed, laypeople can only be punished by excommunication.

According to the Code of Canon Law, the offenses that carry automatic excommunication are: apostasy, heresy and schism; profanation of the Eucharist; physical violence against the pope; attempted absolution of an accomplice in sexual sin; attempted ordination of women; consecration of a bishop without papal approval; violating the secrecy of the sacrament of confession; recording the words of a confessor or penitent during confession; procuring, performing or actively assisting or pressuring a woman into having an abortion.

“Therein lies the trap,” Cardinal Barreto explained. “Many times, one may feel that the church doesn’t punish, doesn’t sanction, and that is where we stand because the fight against impunity within the church is the very thing that Pope Francis is expelling” from the church.

In an email to Catholic News Service March 9, Peruvian journalist Pedro Salinas, a former member of Sodalitium and survivor of physical and psychological abuse at the hands of Figari, said that while he hopes the church is seriously considering dissolving Sodalitium, “I have to see it to believe it.”

“They are taking too much time,” Salinas said. “And that constitutes a permanent revictimization of Sodalitium’s victims.”

Salinas and fellow journalist Paola Ugaz co-authored a book, “Mitad Monjes, Mitad Soldados” (“Half Monks, Half Soldiers”), which detailed the psychological and sexual abuse, as well as corporal punishment and extreme exercises that young members of the organization were forced to endure.

Salinas told CNS that he attended a private meeting in November 2018 between former members of Sodalitium who survived abuse and representatives of the Peruvian bishops’ conference, including Cardinal Barreto, who was “one of those who understood the case best, I must admit.”

“He was the first bishop who I heard call out things as they are,” Salinas said. “He called Sodalitium a ‘criminal organization.’ Of course, this was in a private meeting and nothing said there was publicly revealed. But now he has aired his thoughts in a radio interview.”

Ecclesial realities like Sodalitium and the Legionaries of Christ, Salinas said, should be dissolved because “clearly both lack what the Catholic Church would call ‘a charism.'”

“When Marcial Maciel and Luis Fernando Figari created their respective institutions, they did so with perverted, and not saintly, intentions. There are witness statements in both cases that point to predatory behavior long before the foundation” of their institutions, Salinas argued.

In the case of Sodalitium, Salinas told CNS that there is evidence that “Figari and his accomplices deceived institutions in the Vatican on the way to reaching the steps that led them, little by little, to become a society of apostolic life,” given that Figari was accused of abuse during the first years of the movement’s founding.

Salinas told CNS he hopes the Catholic Church will take concrete action against the movement and “not play with the expectations of the victims of Sodalitium.”

“I want to trust the word of a few — but key and important — ecclesiastical authorities who, in Peru and in the Vatican itself, have spoken out in favor of the dissolution of the Sodalitium,” he said.

NEXT: Mexican women strike for end of violence, indignities