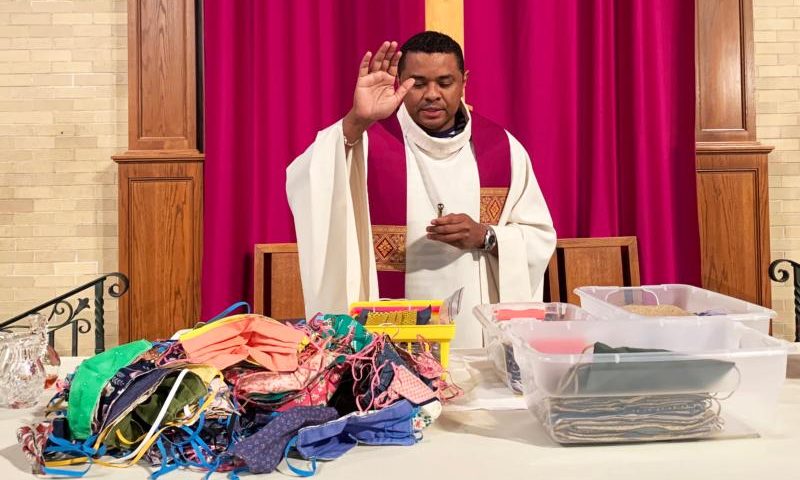 CLEVELAND (CNS) — The federal small-business loan program created in response to the coronavirus pandemic has allowed the Diocese of Nashville, Tennessee, to keep all of its part-time employees on board.

For that, school superintendent Rebecca Hammel is grateful.

Loan amounts ranged from $89,900 to $1.95 million and allows the school to continue paying part-time workers even though they are not reporting to work, Hammel said. The remaining six diocesan schools are in line to receive loans once new legislation replenishing the program takes effect, she added.

“It’s just been a blessing to our schools,” Hammel said of the program.

The House of Representatives April 23 passed legislation already approved by the Senate that would allocate an additional $310 billion into the Paycheck Protection Program. President Donald Trump has said he would sign the legislation.

The funding is part of a $484 billion emergency relief measure developed in response to the economic fallout caused by the spread of COVID-19, the illness caused by the novel coronavirus.

The Nashville schools are among the 20% of Catholic entities nationwide that applied for and received funds to keep people employed for up to eight weeks under the original $349 billion program, according to statistics from the Diocesan Fiscal Management Conference.

A conference survey found that through April 17 that hundreds of Catholic parishes, elementary and high schools, dioceses and Catholic Charities organizations in 151 dioceses received assistance.

“This legislation was a big help and most everyone in my orbit is extremely grateful,” Patrick Markey, executive director of the conference, said in an email April 23 to Catholic News Service.

Church entities that were not funded in the first round or applied after the original allocation of federal money was exhausted have already applied or will file applications as new monies flow into the program, Markey said.

“They reacted very quickly and reached out and assisted our schools. They just saved the day. They really did a great job,” she said.

What makes the loans so crucial to church operations is that the federal government will forgive them as long as at least 75% of the loan amount is used to keep people on the payroll. Catholic entities have been strapped in many dioceses with a fall-off in Sunday Mass collections and donations and unpaid school tuition.

Beyond replenishing the Paycheck Protection Program, the bill adds $60 billion to a separate small-business emergency loan and grant program, $75 billion for hospitals and $25 billion for testing for the coronavirus.

Mercy Sister Mary Haddad, president and CEO of the Catholic Health Association of the United States, welcomed the new funding for health care.

“This is something we certainly are in dire need,” she told CNS. “We’ve been hard-pressed in terms of how do we continue providing the care for the COVID patients and if this pandemic should escalate again, we’re going to be hard-pressed again.”

All hospitals have experienced massive losses because of the loss of revenue from elective surgeries and the added expense of treating COVID-19 patients including purchasing personal protective equipment and higher payrolls.

Sister Haddad said on average, hospitals nationwide have lost 30% of revenues since the pandemic hit the country. “Some are bleeding a $1 million to $2 million a day and others $100 million a day,” she said.

Funding for testing also is crucial so that the country can begin to return with confidence to some sense of normalcy, the health leader added.

“If we don’t ensure a careful reopening and this escalates again, the money we’re pouring in is not going to be of benefit because we’ll be stretched to the limit one more time,” Sister Haddad explained.

The Paycheck Protection Program was designed for businesses and nonprofits with up to 500 employees, but several larger companies managed to find ways to tap into the loan fund, leaving many small enterprises unable to access the emergency monies. That realization led to bipartisan anger in Washington.

Treasury Secretary Steven Mnuchin said April 21 after Senate passage of the bill that larger companies would be blocked from using the program. Trump has called on some of the big companies that had received loans to return the money.

Even with the new round of spending, Congress already was discussing what more needs to be done to address the pandemic-induced economic hit on the nation.

The church entities that received assistance were able to “sleep better knowing help is on the way and for now they do not have to lay staff off,” Markey said.

Diocesan financial managers are beginning to turn their attention to the long-term impact of the deepening economic recession on church operations, Markey said. The nation has seen more than 26 million people file for unemployment benefits since mid-March as the economy shut down because of the pandemic.

“While the short-term relief is wonderful, we are projecting long-term needs, for the next 18 months, that move in the hundreds of millions of dollars,” he explained. “Catholic institutions are a major part of coming out of this crisis and the economic crisis to follow.”

Meanwhile, the dioceses of Buffalo and Rochester in New York have sued the SBA for refusing to allow them to apply for loans under the Paycheck Protection Program because they are seeking bankruptcy protection in response to hundreds of claims of abuse by priests and women religious.

In the lawsuit filed April 15 in U.S. District Court for the Western District of New York, the dioceses argued the initial interim rules governing the SBA’s newly established Paycheck Protection Program did not exclude any entity in bankruptcy proceedings, but that the application form released later led to their disqualification.

The interim rules state that other religious nonprofits with up to 500 employees, including schools, parishes and some dioceses, are eligible to apply for a loan.

A spokesman for the Rochester Diocese declined comment on the pending litigation. The Diocese of Buffalo did not respond to a request for comment.

The lawsuit seeks an injunction to block the bankruptcy provision and to allow the two dioceses to file loan applications.

The dioceses explained in the filing that financial challenges caused by the COVID-19 pandemic could not be foreseen. They said their primary source of income is from revenue derived from monthly parish collections, which have seen a dramatic decline because public Masses have not been held for weeks.

The lawsuit said that as long as New York’s stay-at-home order remains in place, the dioceses will “struggle to continue making payroll payments.”

PREVIOUS: Dioceses scramble to feed the poor at their door

NEXT: Families to suffer most from immigration restrictions, bishops say