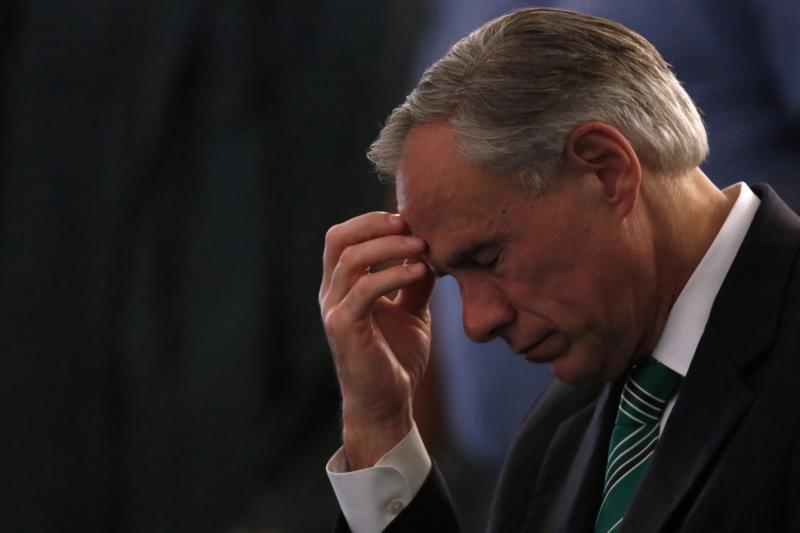 Texas Gov. Greg Abbott, who is Catholic, reacts during a prayer service May 20, 2018, at a church in Santa Fe, Texas. A federal appeals court has allowed temporary enforcement of the Texas governor's order stopping elective procedures, including abortions, during the coronavirus (COVID-19 ) pandemic. (CNS photo/Jonathan Bachman, Reuters) 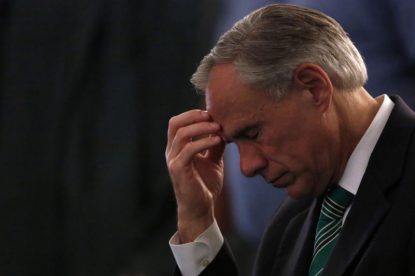 Texas Gov. Greg Abbott, who is Catholic, reacts during a prayer service May 20, 2018, at a church in Santa Fe, Texas. A federal appeals court has allowed temporary enforcement of the Texas governor’s order stopping elective procedures, including abortions, during the coronavirus (COVID-19 ) pandemic. (CNS photo/Jonathan Bachman, Reuters)

A week earlier, Abbott issued an executive order requiring all health care facilities and professionals in Texas to postpone any unnecessary medical procedures “to preserve desperately needed medical supplies” needed to combat the spread of COVID-19.

Planned Parenthood Federation of America, along with other organizations that support legal abortion, filed a lawsuit March 25 against Abbott, Paxton and several other state officials over the temporary ban on elective abortion during the pandemic.

The ban was briefly lifted the evening of March 30 when a lower court ruled suspending abortion services, even temporarily, was unconstitutional and in violation Roe v. Wade, the 1973 decision that legalized abortion nationwide. The 5th Circuit the next day ruled Abbott’s executive order stopping elective abortions temporarily could remain in place, pending an appeal.

“We are pleased that the court recognized the urgency and necessity of Gov. Abbott’s order. All elective surgeries and procedures, including abortions, must cease during this national crisis,” said Marjorie Dannenfelser, president of the Susan D. Anthony List, a national pro-life organization.

“At a time when millions of Americans are making heroic sacrifices to protect the vulnerable, and legitimate health care workers risk their own lives to care for COVID-19 patients with crucial protective equipment in short supply, the abortion industry led by Planned Parenthood demands special treatment and diverts scarce resources,” she said in a March 31 statement.

Dannenfelser thanked Abbott and the governors of other states for temporarily stopping elective abortions amid the virus.

“We believe the abortion lobby should drop their lawsuits in every state where they are attempting to block similar measures. Abortion is not health care and their obstinacy is worse than a waste of time — it puts the life and health of countless Americans in jeopardy,” she added.

Iowa, Texas, Alabama and Oklahoma also have ordered a temporary stop on elective abortions, and officials in those states are likewise being sued by Planned Parenthood, the American Civil Liberties Union, and/or the Center for Reproductive Rights.

Dannenfelser also has strongly criticized Michigan Gov. Gretchen Witmer and Pennsylvania Gov. Tom Wolf for stopping all elective surgeries, except abortions, during the pandemic. In his order, Wolf considers cancer, pediatric, cardiac and spinal surgeries to be elective procedures.

PREVIOUS: It will be a palmless Sunday at most U.S. parishes

NEXT: National moment of prayer coming on Good Friday