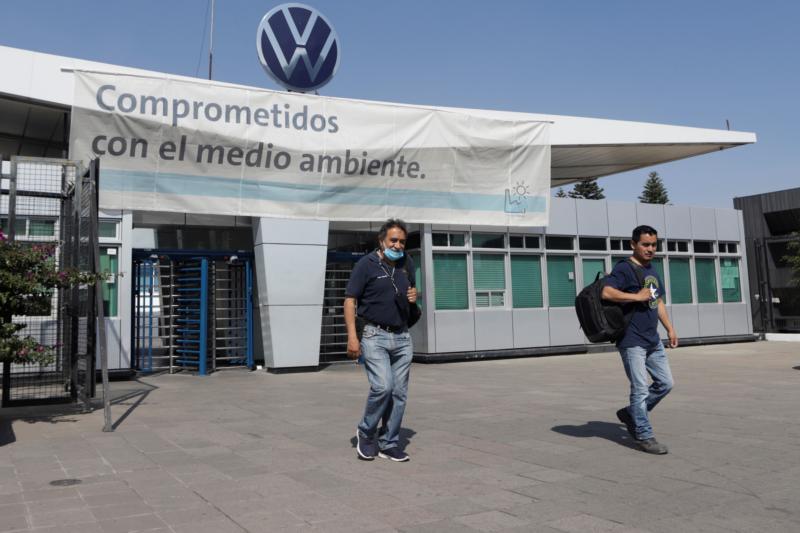 MEXICO CITY (CNS) — The Mexican bishops’ conference has urged employers to avoid laying off workers as the coronavirus crisis escalates in a country with an already stagnating economy and a weak social safety net.

In a March 30 statement, the bishops also called for solidarity, saying, “We’re all in the same boat and no one saves themselves,” and reminded the wealthy that their accumulated riches “must be at the service of others.”

“Brothers and sisters, we need each other. It’s time to join forces with brotherhood and solidarity, with the will to see the best in everyone,” said the statement, signed by Archbishop Rogelio Cabrera Lopez of Monterrey, conference president, and Auxiliary Bishop Alfonso Miranda Guardiola, secretary-general.

“We urge all believers in Christ … but especially Catholic businessmen and businesswomen to be aware that, as members of the divine family … we are responsible to our brothers and sisters.” God expects people “to take the path of truth, justice, service, dedication (and) solidarity,” the letter continued.

“(We) especially urge all Catholic businessmen and businesswomen, along with people of goodwill, to do everything possible to keep their workers employed, because it is in moments of crisis where true faith, true humanity, responsibility and social commitment shine through.”

Mexico had 1,094 confirmed coronavirus cases and 28 deaths as of March 30, according to the health ministry, thought testing has been low. That same day, the government declared a 30-day health emergency, in which nonessential businesses are closed.

Analysts say the Mexican government wants to avoid inflicting economic hardship on the poor, who account for more than 40 percent of the population. President Andres Manuel Lopez Obrador, who has continued to tour rural regions and conduct normal activities amid the pandemic, expressed concern about the impact of social isolation in a country where roughly 55 percent of people work in the informal economy.

The church statement addressed a segment of society, the wealthy, who have traditionally segregated themselves by maintaining separate social institutions — sometimes Catholic-sponsored — sending their children to private schools and basing hiring practices more on friendship or contacts than merit. Historically, wages have also been low in Mexico.

“Brothers and sister, we need each other,” the bishops wrote. “It is time to join forces with fraternity and solidarity (and) the firm will to look out for the well-being of everyone.”

NEXT: On outskirts of Buenos Aires, parishes mobilize for COVID-19