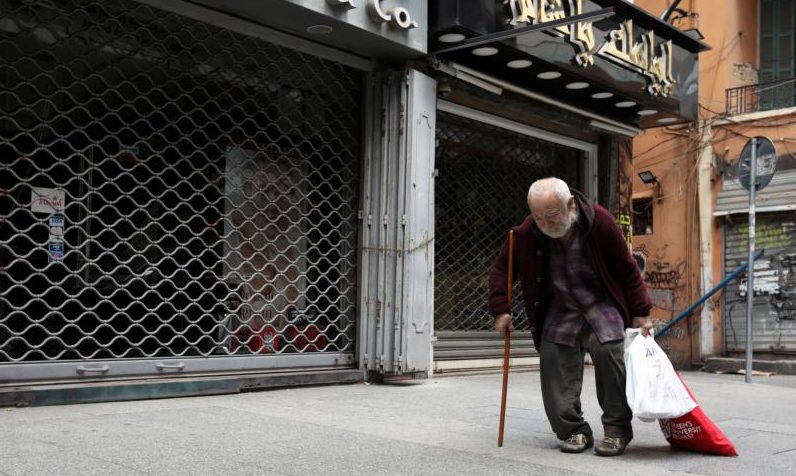 BEIRUT (CNS) — Lebanese Cardinal Bechara Rai called for the country’s leaders to hear the cries of suffering citizens, as poverty overtakes the population, including the middle class.

“Feel the pain, officials,” Cardinal Rai, patriarch of Maronite Catholics, urged in his homily from the Basilica of Our Lady of Lebanon north of Beirut June 14. He also renewed the consecration of Lebanon and the countries of the Middle East to the Immaculate Heart of Mary.

With Lebanon celebrating its centenary this year, Cardinal Rai said perhaps it “is passing through the harshest stage” of its existence.

Cardinal Rai called on Lebanon’s government and political leaders to “feel the suffering” of the Lebanese, who “are hungry and fear for their present as for their future.”

“How do you live your dedication to serving the good of the people and the prosperity of the state?” he asked, adding that “the public money is looted, the state treasury is emptied, the people are impoverished.”

Hassan Diab was designated as the new prime minister Dec. 19, and his Cabinet was appointed Jan. 21.

Nearly 50% of Lebanese are now living below the poverty line, and unemployment has reached more than 35% of the working population, according to the government.

Since October 17, when nationwide protests against a corrupt political class erupted, the depreciation of the Lebanese pound led to an explosion in inflation. Food prices have since increased by over 70%, according to a report by Lebanon’s Consumer Protection Association. Job losses and economic hardship were further exacerbated by Lebanon’s lockdown measures to deal with the COVID-19 pandemic.

“Is this the achievement of the political officials who successively took power, as they made the great Lebanese people beggars for survival and existence?” Cardinal Rai asked. “How do you live your dedication to serving the good of the people and the prosperity of the state?”

In reference to rioters among peaceful protesters in recent days as the currency further plummeted, Cardinal Rai denounced unnamed political parties who are planting “saboteurs” with “malicious goals” to distort “the legitimate civilized revolution that we bless.”

“We call on the state to deal firmly with these saboteurs and reduce their evils, in order to prevent the security situation from slipping into sedition,” he said.

In his homily, Cardinal Rai also reminded the faithful how Our Lady of Lebanon has previously protected the country and that she invites “all of us — as Lebanese — to live a life that deserves this divine protection.”

NEXT: Retired pope travels to Germany to visit his brother