Pandemic showed just how much people need each other, pope says 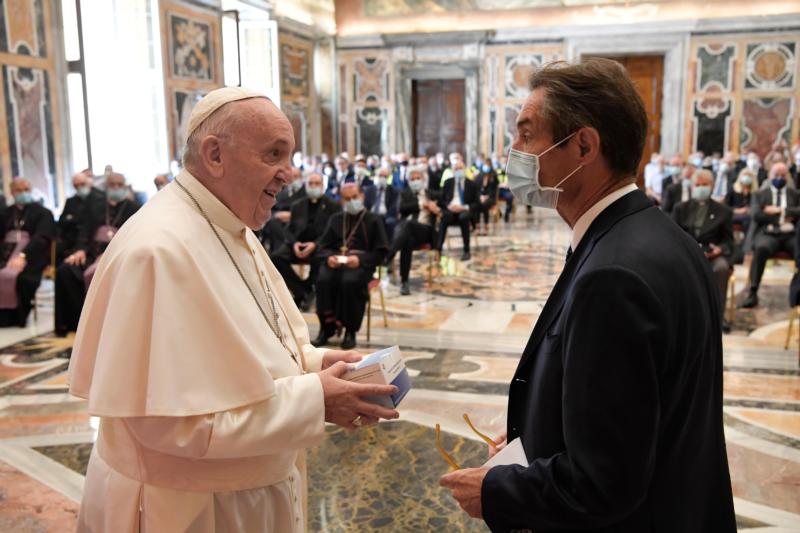 VATICAN CITY (CNS) — During the darkest, most deadly days of the COVID-19 pandemic in northern Italy, medical professionals and volunteers were “silent artisans of a culture of closeness and tenderness,” a culture that cannot be allowed to disappear, Pope Francis said.

Pope Francis told the group that most Italians had faced the pandemic with “generosity and commitment,” but medical personnel truly led the way, becoming “sure points of reference” for the sick and for their families who were not allowed to visit them.

The sick “found in you, health care workers, almost members of the family, able to unite professional competence with the kind of attention that includes concrete expressions of love,” the pope said. “The patients often felt like they had ‘angels’ alongside them, helping them recover their health and, at the same time, consoling and supporting them and sometimes accompanying them to the threshold of their final encounter with the Lord.”

“Now is the moment to treasure all of this positive energy that was invested,” the pope said. “It can and must bear fruit for the present and the future.”

To honor the sacrifices, the suffering and the death, he said, people must make a commitment to continuing the witness of “generous and gratuitous love, which have left an indelible mark on consciences and on the fabric of society, teaching how much need there is for closeness, care and sacrifice to increase fraternity and civil coexistence.”

“We can come out of this crisis spiritually and morally stronger,” Pope Francis said. “That will depend on the conscience and responsibility of each one of us. Not alone, though; only together and with the grace of God.”

“God created us for communion, for fraternity, and now more than ever it has been demonstrated how illusory is the claim of counting only on oneself — it’s illusory — and of making individualism the guiding principle of society,” the pope said.

People must be attentive as the pandemic slows because “it’s easy to slide, it’s easy to fall back into this illusion,” he said. “It’s easy to forget” that all people need others.

Pope Francis said that although during the lockdown people were not able to attend Mass in person, “they did not stop feeling part of a community. They prayed alone or with their families, including through the means of social communication, spiritually united and perceiving the Lord’s embrace.”

Many priests showed “pastoral zeal” in obeying the rules and regulations put in place by government officials “to safeguard the health of the people,” while also finding ways to reach out to their parishioners, phone the sick and lonely, feed the poor and help those who could not leave their homes.

Their care defeated “some — few — ‘adolescent’ expressions against the authorities’ measures,” he said, apparently referring to priests who complained about or even publicly challenged the ban on Masses with the faithful present, which ended May 18, and measures such as requiring masks for those attending Mass once the lockdown eased.

The priests who did what they could while obeying safety precautions “were fathers, not adolescents,” he said.

NEXT: Catholics mark 70th anniversary of outbreak of Korean War